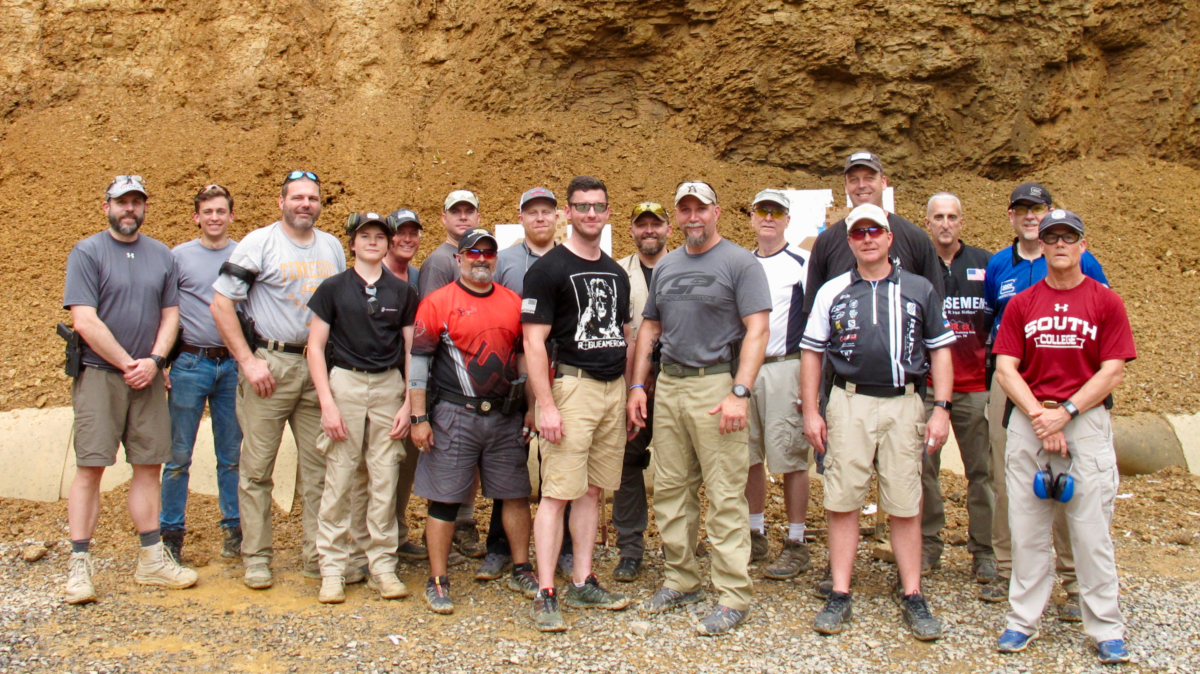 I recently had the opportunity to attend Mike Seeklander’s Competition Handgun I. This two-day course is designed to train the techniques taught in Mike’s book, Your Competition Handgun Training Program. The coolest part of this course was that the two-day training concluded with an optional third-day at a large IDPA match. Even if you have no interest in competition there is a lot to be gained from this course.

Full Disclosure: I was permitted to attend this course free of charge. My attendance at the course was not conditional upon publishing an AAR, and I received no compensation for publishing it. My work was not reviewed by Mike Seeklander, Shooting-Performance, or any representative of Mike or his company prior to publication.

If you don’t know who Mike Seeklander is, you should. Mike has an extremely impressive background. He is a former Marine, former local LEO, and former Federal Air Marshal. Mike was the lead instructor for the Air Marshals’ firearms program, and is currently a professional shooter and firearms trainer. Mike is a USPSA Grand Master and IDPA Distinguished Master. He has also won several national championships and is sponsored by Wilson Combat. In addition to being a national champion shooter, Mike co-hosts the American Warrior Show podcast with my good friend Rich Brown. 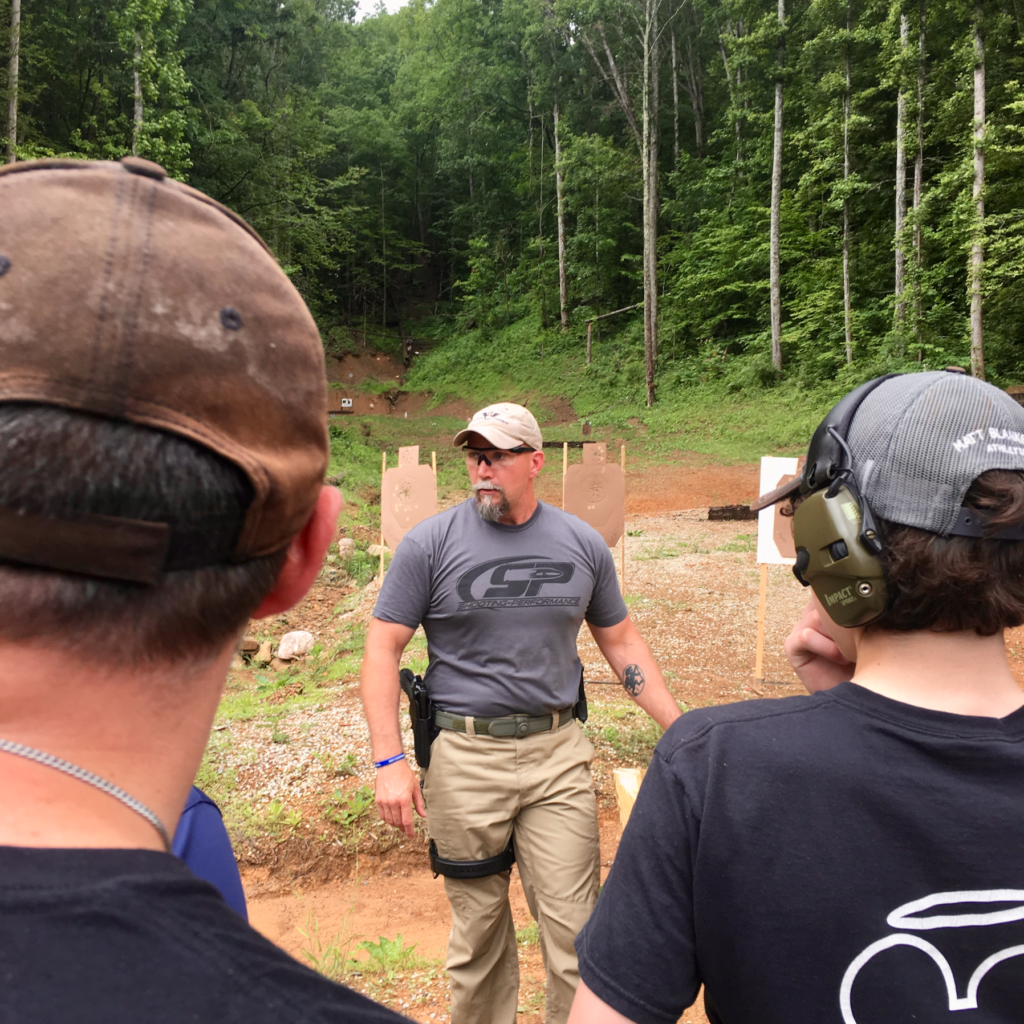 The most important thing about Mike Seeklander in this context is that he is an excellent instructor. The first day began with introductions, safety briefs, and some classroom instruction. Mike began with covering grip (referred to on this blog as “grasp”) and trigger control (“touch, prep, press”). We quickly moved to live fire, and developed a rhythm of Mike explaining the next drill, demonstrating it, and having us shoot it.

The majority of Day 1 was static shooting drills. After refining grip and trigger control, Mike covered the draw, recoil management and the firing cycle, and reloads. The final instruction portion worked turning drills, from all clock positions between 1 and 11 o’clock. Before wrapping up we ran a little friendly competition between the two shooting relays. I was happy to be the last man standing out of the first relay.

Day two began with a quick recap of the first day’s material, followed by some more classroom instruction. Once we moved out to the range and started shooting the day moved more quickly. We spent the day working one-handed shooting, short movement, and long movement, multiple target engagement, and a host of other discrete techniques. The day concluded with Mike handing out certificates and a class photo.

This course is incredibly unique as it offered an optional third day which was at an actual IDPA competition. The organizers allowed all students who chose to attend to be on Mike’s squad. During the match Mike was there to answer questions, offer advice about stage planning, and critique individuals’ performance afterward. This was immensely helpful. If you have an interest in competition but are intimidated, this is a great way to begin.

The competition Mike coordinated was a 10-stage, state-level IDPA match. This was an extremely unique opportunity to watch a top level competitor shoot. Mike shot every stage of the match first, letting us all see how he approached the stage. Though Mike didn’t hover over each student, he stopped with each student several times during the match to critique something they’d done on a particular stage – a completely one-of-a-kind experience.

Competition Handgun I was different than many shooting courses I have attended in that most of the shooters there were fairly experienced. This meant that Mike could jump immediately into unique content without having to retread the basics of firing a handgun. I really appreciated that, not only because it allowed relatively experienced shooters to refine their techniques, but also it gave Mike more time to work with each individual student. I learned and reinforced several pretty big skills in this course. I won’t bore you with all of them, but I will describe the most important two. 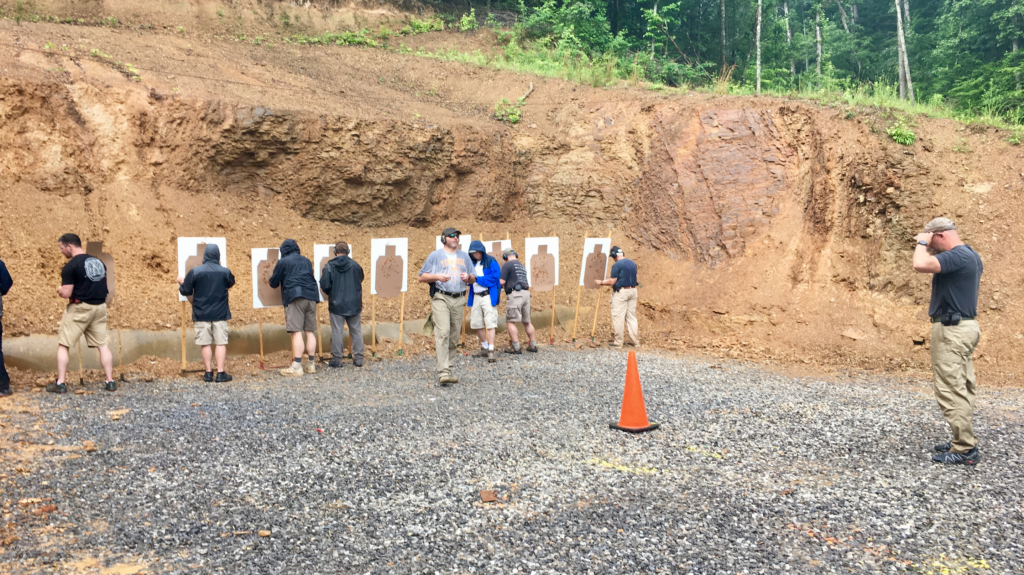 The “Judy Chop”: This is the single most important lesson learned from Competition Handgun I. Because we have to reload so much, revolver shooters have to take the support hand off of the gun. A lot. This means they have to get the hand back on the gun a lot. I’ve long had problems reacquiring a consistent grasp with the support hand. Sometimes it’s high, sometimes it’s low, and once in a while it’s just right. Without a consistent index, the re-acquisition of support-hand grasp is largely left to hope, and hope has failed me many times.

Mike memorably refers to the trigger guard index as the Judy (judo) Chop because the support hand is flattened as if doing a martial arts “chop” (the video link above is highly recommended). When coming back to the gun, flatten the hand and turn it to a 45 angle (thumb toward the gun). The index finger should contact the underside of the trigger guard at a consistent spot. From there the support hand wraps around the grip and reacquires its grasp. 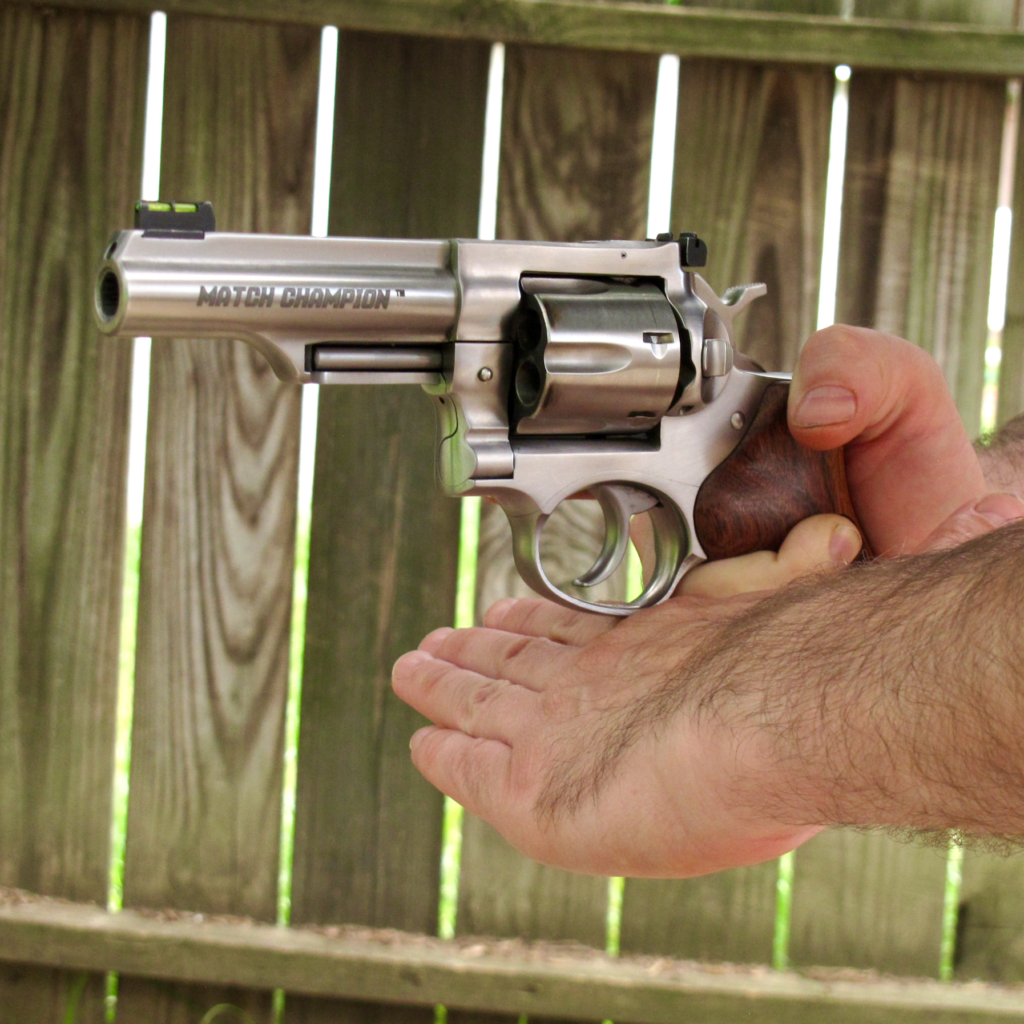 The beauty of this technique is its simplicity. I had one of those “why didn’t I think of this” moments as soon as I tried it for the first time. I also found it to be really easy to remember to do because it is so simple. Using the Judy chop I didn’t have a single fouled grip for the remainder of the class or competition.

One-Handed Shooting: Another major takeaway from the class involved one-handed shooting. Like most shooters I don’t spend enough time doing strong- and weak-handed only shooting. Competition will force you into it because there are stages that require shooting with only one hand. This one little takeaway might not seem like a huge deal, but it is. Mike recommends pulling the non-shooting hand to center chest and clenching its fist has tightly as possible. The reason? It creates a sympathetic response in the shooting hand, helping you to grasp the gun hard. This seems like a simple step but makes a massive difference and improved my one-handed shooting immensely. 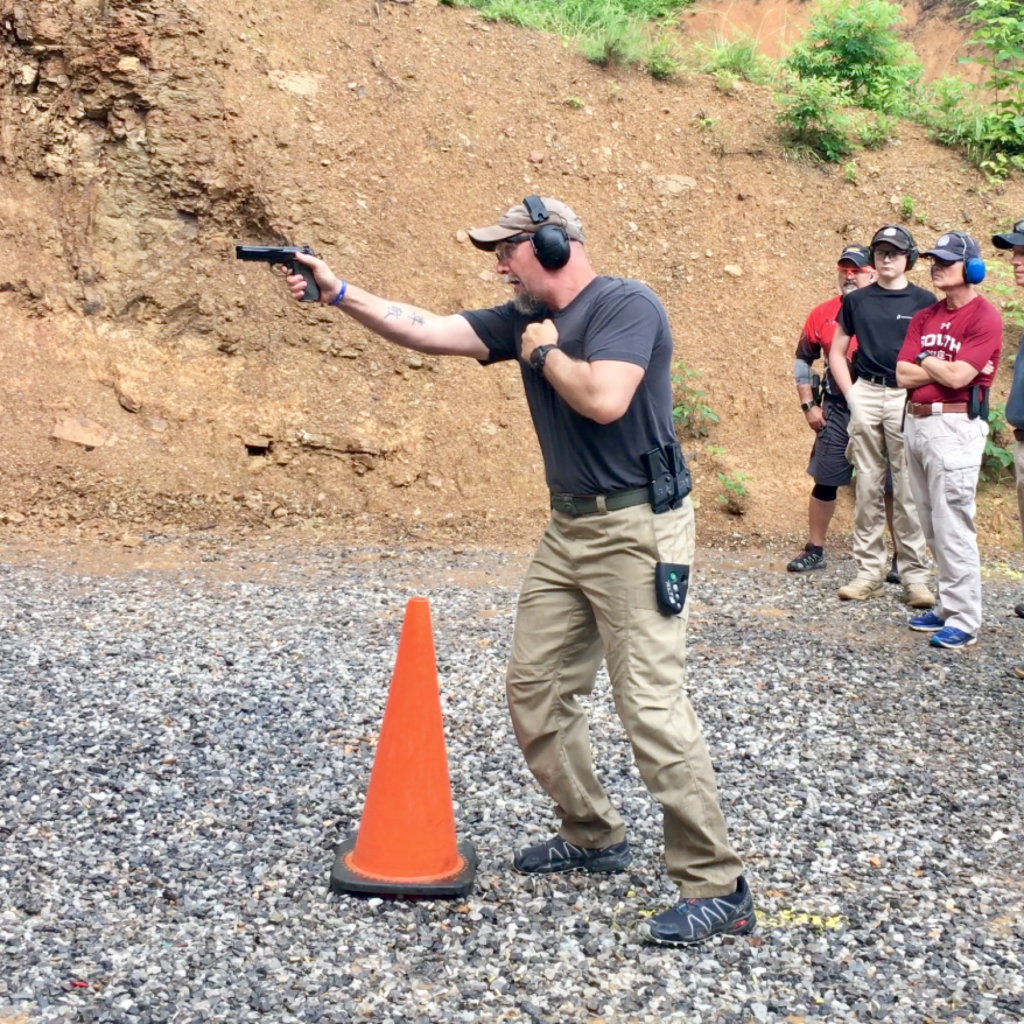 I imagine that most of my readers are more interested in revolvers for self-defense than for serious competition. I contend that it doesn’t matter. This class will make you a better handgun shooter, regardless of discipline. The only thing that was entirely inapplicable to revolvers were the various reloads (speed, tactical, emergency), but this portion was only a few minutes of the overall course. Likewise, there was very little that was applicable only to competitive handgunning – most techniques taught were universally applicable.

Though I was the sole revolver operator in the class, Mike still offered me plenty of feedback and individualized instruction. And it turns out he can run a wheelgun pretty well, himself. I would strongly recommend Mike Seeklander’s Competition Handgun I for anyone interested in improving their skills with a pistol or revolver, and especially for anyone looking to improve their competitive performance.

Also check out my review of the gear I used in the course and competition!