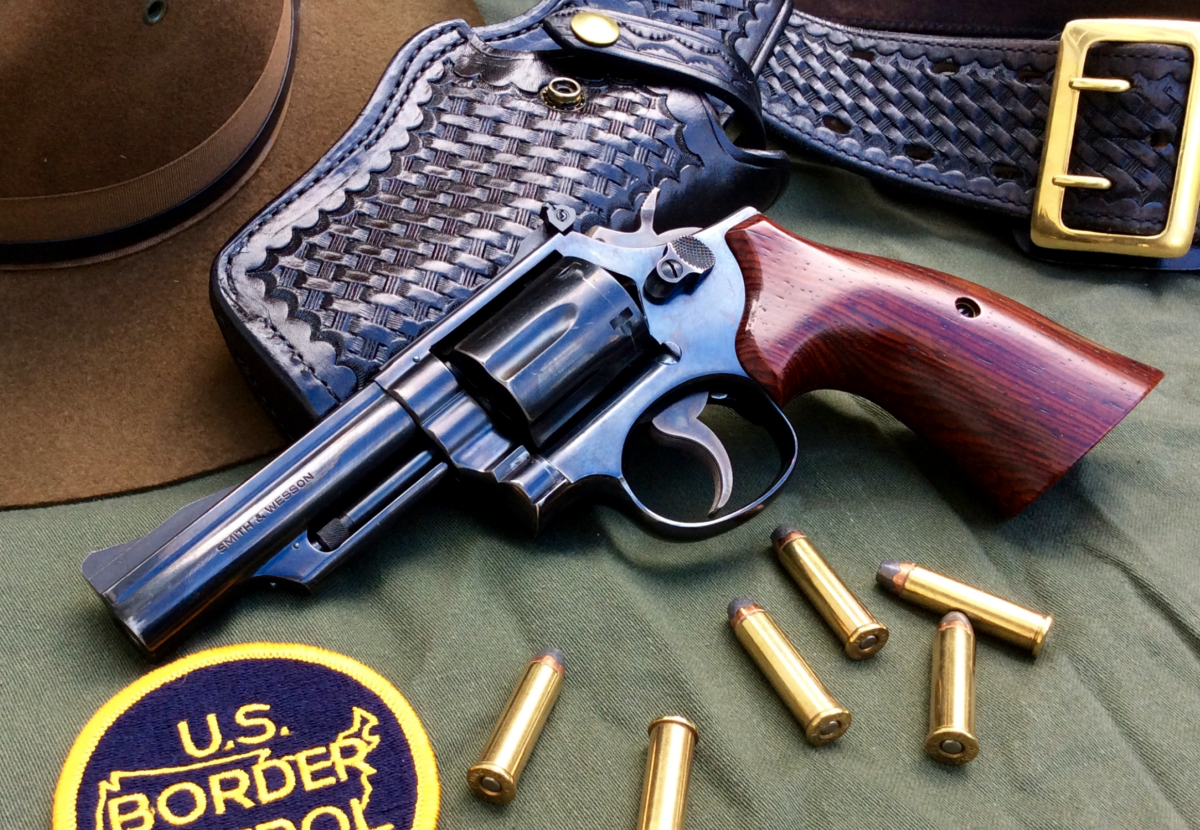 Mike Wood grew up as the son of a 30 year California Highway Patrolman, who was the lead firearms instructor for his assigned area of the state. As kids, Mike and his brother spent their formative years policing brass, posting and scoring targets, issuing ammo and bumming around on police ranges back before liability lawyers made those things impossible.  They had a front row seat to police firearms training in the 70s and 80s, and grew up shooting revolvers in the era when they were still King in police work.

Mike’s dad was a Colt man, but a handful of negative experiences with poor quality control (in the era of the UAW strike and the following bankruptcy) under the Blue Dome in Hartford turned Mike into a Smith & Wesson guy pretty early. His first revolver was actually a Ruger Single Six, though, and he has a fondness for that brand, too.

Mike is the author of the excellent Newhall Shooting, A Tactical Analysis, a former columnist of 8 years at PoliceOne.com and a contributor on the Lucky Gunner Lounge. He’s been published in American Cop magazine, American Handgunner magazine, the National Tactical Officers Association (NTOA) Tactical Edge, and other professional journals. He has also been the featured guest on several NRA TV programs, the Excellence in Training Academy podcast, the American Warrior Show podcast, the Firearms Nation podcast, and the California Association of Tactical Officers (CATO) podcast.