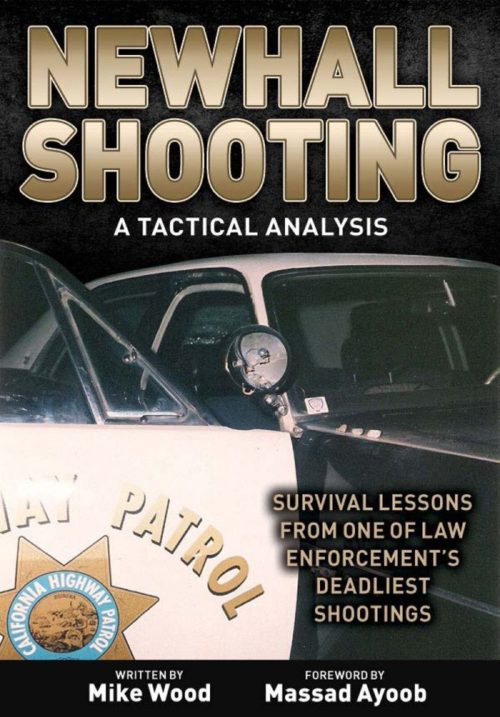 I have been traveling a lot lately, so my shooting has been mostly limited to dry-practice. I have been thinking about revolver reloads an awful lot, and I’ve actually had time to read a little. I recently finished Newhall Shooting – A Tactical Analysis by Mike Wood. As one with an interest in revolvers, I am also keenly interested in what can be learned from historical events in which the participants used revolvers.

The Newhall Shooting is stuff of absolute legend. Moments before midnight on April 5th, 1970, two hardened criminals were pulled over by California Highway Patrolmen; four minutes later, four Patrolmen lay dead, the result of a tragic and desperate gunfight. Even if you’ve never heard of the Newhall Shooting there is a very good chance you’re aware of one very common tidbit of gun “wisdom” that arose from it. The Newhall Shooting is the event that sparked this old saw: “state troopers were found dead with brass in their pockets because they picked it like they were on the range”.

The Newhall Shooting – A Tactical Analysis

There is no better place to learn about the Newhall Shooting than Mike Wood’s book, Newhall Shooting – A Tactical Analysis. The first major portion of the book is dedicated to recounting the gunfight itself. Gun  battles are fluid, disorderly affairs. Multitple parties are maneuvering and shooting at once, and dozens of other factors like injuries and the actions of bystanders are in play. Giving a story like this its full due, while still managing  to keep it comprehensible to the reader can be a challenge. Mr. Wood’s recounting of the Newhall shooting is without peer. Each participant’s action is explained in concise, overlapping accounts, each of which contributes to, and interplays with, the overall scene. All of this adds up to a gut-wrenchingly detailed replay of the tragedy at Newhall.

The research that went into this work is phenomenal. Wood interviewed primary sources, including Mr. Gary Kness†, a bystander who ran to the sound of guns at Newhall in an attempt to aid the desperately wounded officers. Wood’s research also touched the murder investigation conducted by the Los Angeles County Sheriff’s Department, and the subsequent inquiry by the California Highway Patrol. The book is richly illustrated with photographs from the crime scene and from the CHP’s archives.

In fact, the idea for Newhall Shooting began as a research project. I reached out to Mr. Wood before this publication to request a cover photograph, and our correspondence resulted in several long phone calls and email chains, during which he explained the origin of Newhall Shooting. Wood had begun writing an account of the historical duty weapons and ammunition of the California Highway Patrol (this research project makes up the book’s appendix: “A History of CHP Firearms, Equipment, and Firearms Training”). It eventually turned into something much more.

The book’s beginnings as a research project are evidenced throughout the remainder of the work, as well. Wood goes on to discuss the state of training within the California Highway Patrol (and to some extent in law enforcement generally) in 1970. Predictably, “combat shooting” had not made the inroads into law enforcement that it has in more recent years. In the third section of the book, Wood conducts a thorough analysis of the gunfight. This analysis is balanced against Massad Ayoob’s “Priorities of Survival” and the role each played, as well as some “what ifs”. The final section of this work, “Where Are We Now” takes a look at the state of law enforcement training today.

There are a number big lessons that can be – and have been – drawn from this book. These lessons were applied to law enforcement rapidly and are still in evidence today. Modern “felony traffic stop” procedures can trace their lineage directly to that parking lot in Newhall, and the shooting influenced dozens of other facets of law enforcement tactics, directly and indirectly. Many of these lessons are also applicable to students of self defense generally, and to revolver-shooters specifically. I will let you discover most of them for yourself, among the pages of Newhall Shooting – A Tactical Analysis. However, I will examine one of these lessons-learned and how it has directly impacted my training regimen.

Though the deaths of all the Officers at Newhall were tragic, one stands out hauntingly in my mind. Officer James Pence had fired his gun empty and was successfully reloading his revolver. As he reloaded the sixth and final round (but before he could close the cylinder), one of the criminals outflanked him and fired two rounds to the back of his head, killing him. Officer Pence’s fate was, sadly and unfairly, the Genesis of the “dead with a pocketful of brass” sea-story. Though Wood thoroughly exposes this myth for what it is, there is much more we can learn from Pence’s death.

While most of us don’t carry loose rounds anymore, many of us do carry spare ammunition in Speed Strips. If the unlikely occurs and we need a reload, all of us would like to get as many rounds into the gun as possible. However, Newhall vividly illustrates that it is entirely possible to become fixated on “finishing” the reload. This tunnel-vision can be deadly. Reloading a couple rounds and getting back into the fight may be preferable in many instances.

I include myself in the group of people who rely on Speed Strips (though not exclusively). I have incorporated the following Partial Revolver Reload technique into my dry-practice routine: 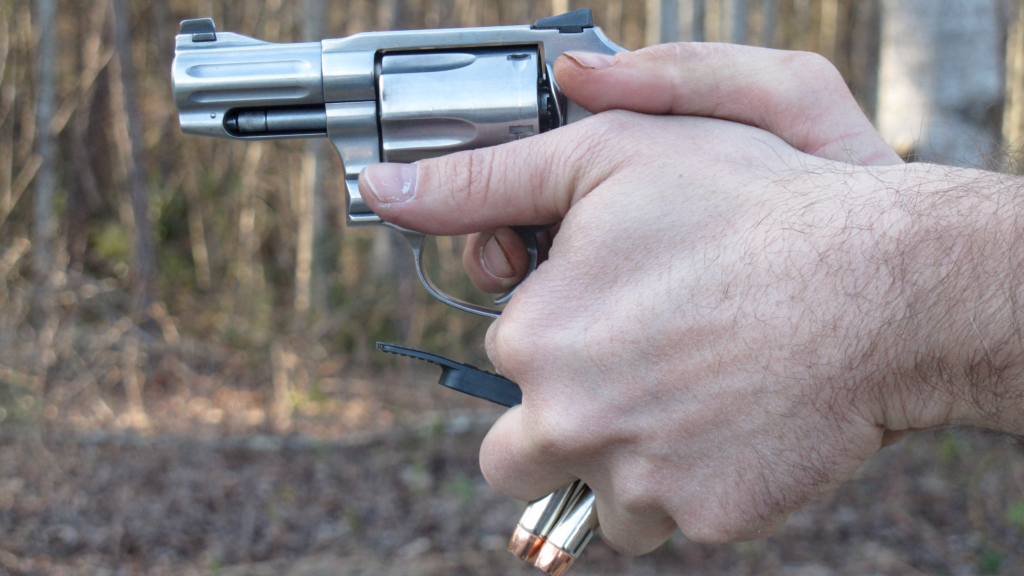 I highly recommend Newhall Shooting – A Tactical Analysis by Mike Wood. This work encompasses a story of four men: Officer Walter C. Frago, Officer Roger D. Gore, Officer James E. Pence, and Officer George M. Alleyn, all aged 23 to 24 years and all with families, who were shot down over a four-minute span. These are men, and this is a story, that should not be forgotten. It is also a story from which we have much to learn. I have barely scratched the surface of what the Newhall Shooting and its analysis can teach you. If you have even a passing interested in defending yourself with a revolver, this book is must-read material.

As I mentioned earlier, Mike Wood and I have been in contact since I began this article. In addition to being a phenomenal writer, Mike is also an avid Revolver Guy. Mike will be contributing some articles to this site in the future, beginning next week. Stay tuned!

†Gary Kness is a hero. Kness, a former Marine, was a computer operator on his way to work when he saw a police officer being gunned down. Kness left the safety of his car and amid gunfire, attempted to move Officer Alleyn to relative safety behind his cruiser. Next, he picked up a shotgun and pulled the trigger. Believing it to be empty he threw it down and removed the service revolver from Officer Alleyn’s  holster and began exchanging gunfire with criminals who, at that point, had murdered three California Highway Patrolmen. This world needs more men like Gary Kness.