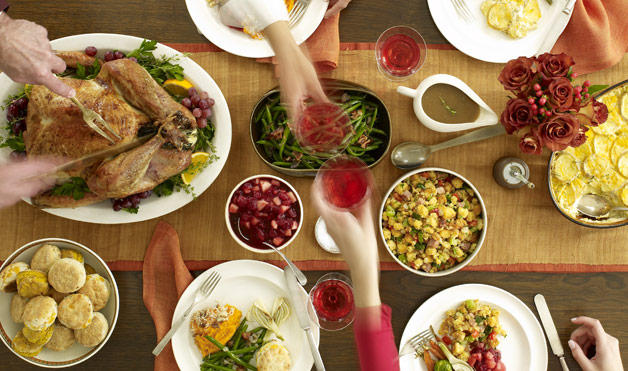 You guys are probably with family, or have been recently. While we love our families, we’re also, dare I say, “stuck with” them? Here at RevolverGuy we can commiserate and empathize. Trust us, we’ve been there. When “That Guy” shows up around the punch bowl, we RevolverGuys all moan and look for the exit. But sometimes, we’re not fast enough, and the conversation usually sounds something like this:

“Hey Mike, come over here, I want to tell you about the gun I just got for my old lady.”

“I want her to start packing, you know?”

Not a bad idea, but what does she want? Last time I checked, she hated guns.

“She hates guns, but I told her she needs to pack anyhow, ‘cause it’s dangerous out there.”

And about to get more dangerous, apparently.

“I know she’s not strong enough to rack the slide on a semiauto . . .”

Of course not. She does triathalons and gave birth to your three kids, including one that came out sideways and two that weighed more than a Thanksgiving turkey, but she’s not tough enough to rack a slide with a 13 pound recoil spring after some instruction . . .

Even though they don’t hold many rounds.

“. . . even though they don’t hold as many rounds as my semiautos.”

“They’re easier to work, you know. No training needed, just point and click.”

Oh sure, no training needed at all. It’s like working a hammer. Even a caveman could do it.

Of course! Get the non-shooter a .357 Magnum. What could go wrong?

“. . . and I figgered she doesn’t even need to hit the bad guy, you know? Just the noise and the flame coming out of that sucker would be enough to scare the guy off after the first shot!”

I hope so. There probably won’t be a second shot coming.

“The thing is, a lot of those Magnums are really big and heavy, but the guy at the shop showed me this cool little gun made out of some fancy material . . . un . . . unob . . . unobtanium, or something like that.”

“It weighs next to nothing, you know. Darn thing weighs less than a fully-loaded clip for my Forty Five . . .”

“So I figgered that’s a perfect gun for her! Lightweight, small, easy to operate, plenty of stopping power . . .”

Apparently, not the cost of a good coach and training program.

“So I bought it, and I got a box of really good bullets for it.”

Of course you did. You’re a Forty Five Man.

“. . . ‘cause I’m a Forty Five Man, you know? Those puny bullets, like the 9 millimeters all those Europeans carry, they don’t got no stopping power. That’s why we won the war. Big and heavy, that’s the only way to get stopping power, I say. Even if you only hit ‘em in the finger, you’ll knock ‘em down. Knockdown power and stopping power comes from big bullets.”

Wait, this is starting to get interesting.

“. . . so we went to the range there in the shop. All the employees wanted to watch me shoot it, so they crowded around.”

I bet they did.

“Well, I loaded up five of those bullets, and flipped the cylinder closed with a flick of my wrist . . . “

Of course. Is there any other way?

“. . . and when that darned thing went off it was incredible! The flash was so bright that the guys on the other side of the window said they wished they had their sunglasses on, and the boom was so huge that they were surprised the glass didn’t break! My ears are still ringing!”

That should match the buzzing in your head.

“Whoo-whee! That thing is a real rascal! A little nuke-u-ler bomb!”

“It’s perfect, I say! One shot from that and all the rats will scatter!”

“Well, I unloaded the other four bullets, ‘cause they were expensive and I didn’t want to shoot ‘em all up . . . “

I’m sure she was thrilled.

“She said, ‘I don’t want no gun,’ but I told her to put it in her purse ‘cause she might need it someday and it’s better to have it and not need it, than need it and not have it.”

“So, I thought you’d like to know that she’s armed and dangerous now!”

Well, you got it half right.

Yes. Just like you. Excuse me, I think I need to find a wall to bang my head on.

Hey guys, we hope you enjoyed this little diversion from our regularly scheduled content. I’m glad Mike wrote this piece because. . . let’s just say that conversation hits very close to home for me and I wasn’t sure I could get away with it! Anyhow, I just want to give you all a quick heads-up and let you know that Mike, Steve, and I will be taking some downtime during the holidays. We’re still going to post here, but we might miss a week or two here or there, so don’t be too hard on us, OK? ~ Justin

34 thoughts on “RevolverGuy Versus “That Guy””