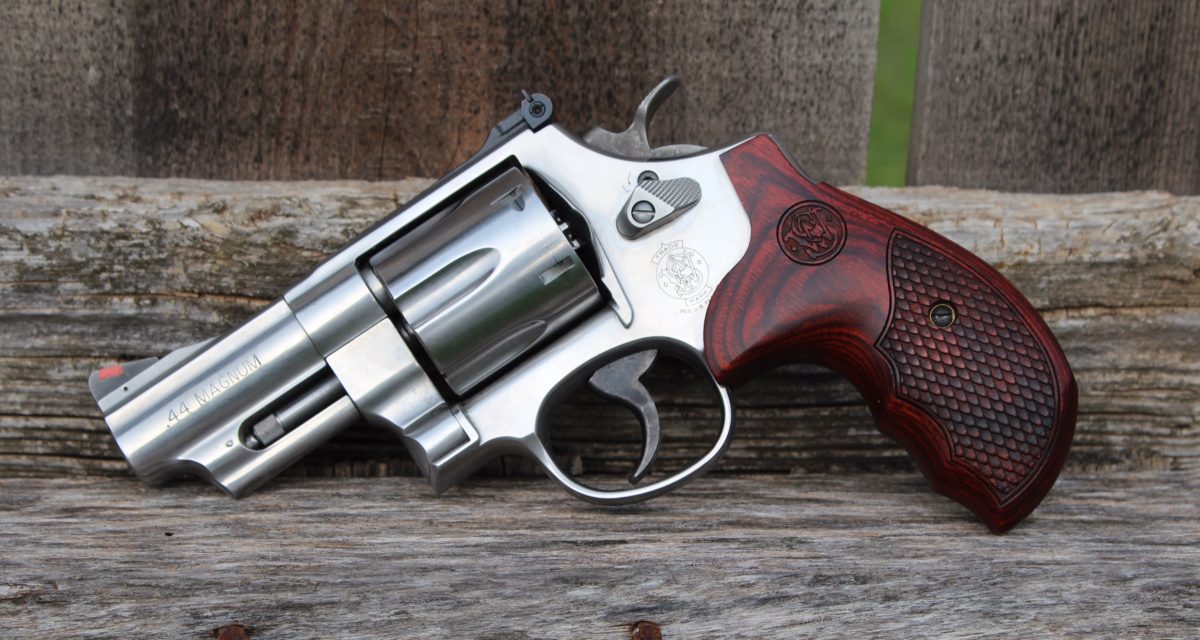 I grew up in the 1980s and it very much shaped who I am today.  America’s crime tolerance pendulum was swinging very hard against thugism on the silver screen.  Charles Bronson and Chuck Norris were cleaning up the streets and the world; respectively.  Clint Eastwood governed a real-life police department.  Several times a week, good guys and gals kept television safe for prime time with Smith & Wesson wheelguns.

In the middle of this decade, Smith produced several thousand 3-inch-barreled Model 24’s.  This was the first run of N-frame .44 Specials since the 60’s.  Soon thereafter, Smith produced the three-inch barreled 624 (stainless).  They had me at the Model 24, but the stainless Model 624 absolutely enchanted this southwest Kansas teenager—to the extent that 30 years later, the itch was still there.

Unfortunately, by the time I could afford one for myself, they were no longer in production.  Despite going through spells of obsession with AR’s, shotguns, and various autopistols, I never lost my affinity for that three-inch “N.” In 2006, I bought a 4” 629 and it is still among my most prized firearms, but it just doesn’t have the sleek lines and handling of my personal grail gun.

Then, at SHOT Show 2017, Smith & Wesson introduced the 629 Deluxe, three-inch barreled version (and some other barrel length that isn’t three inches, so who cares?).    I bugged the folks at my local funshop until they found me a brand-new, Talo 629-6 with a 3” snout. I could hardly wait to get my mitts on that .44.  I made the usual mistakes on the 4473, distracted by the brand-new box—sitting lonely, without me—only a few feet away.  Finally, she was mine.  I opened the blue plastic box and felt the warm, golden glow of New Gun Day wash over my face. 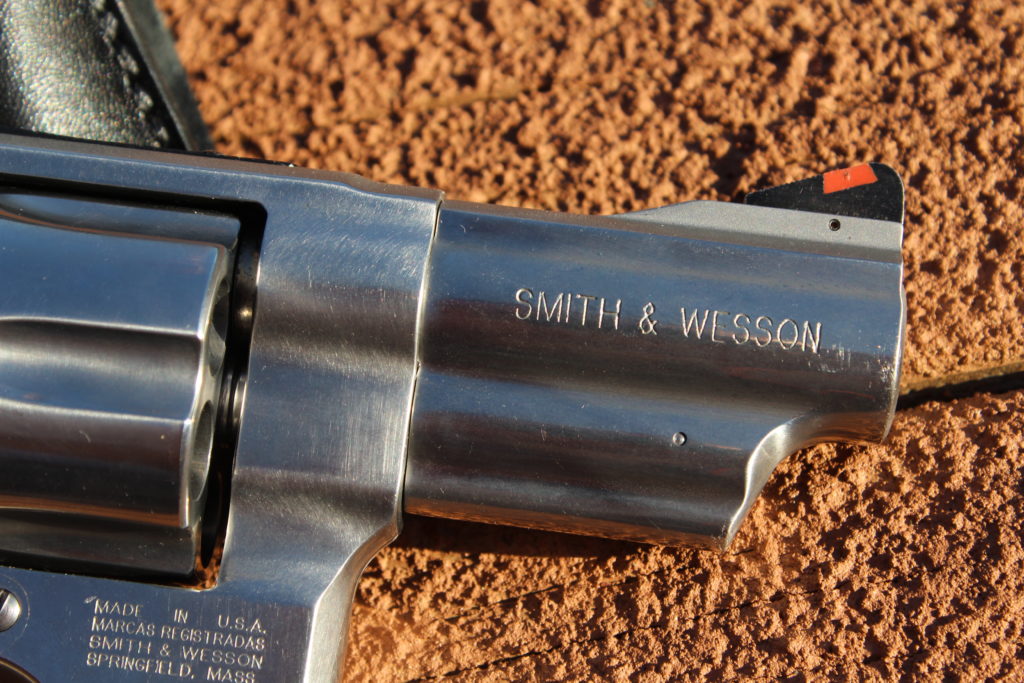 The weight and balance of a 3” N-frame is truly special.  The three-inch N-frame only loses a scant few ounces from the 4”, but those ounces let the revolver rest in the hand much more comfortably for me.  Granted, those ounces at the forward end of a 4” gun absorb a little more of the muzzle flip, but that’s part of the fun of a .44 Magnum. 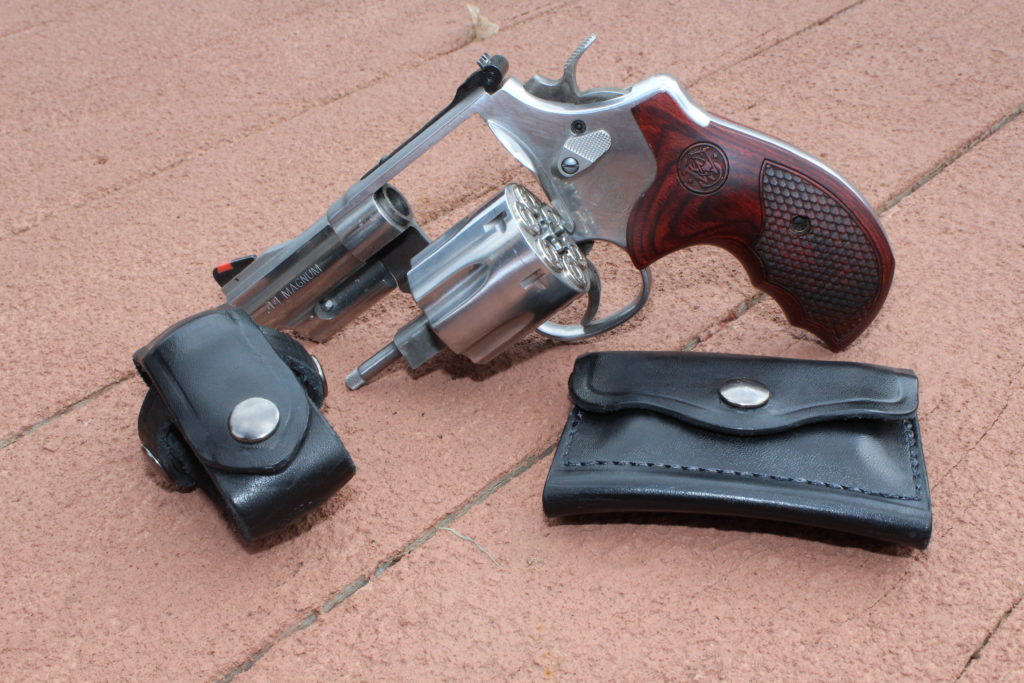 The textured wood stocks are beautiful and somewhat reminiscent of the much sought-after combat grips back in the day.  These, however, have just enough texture to provide a solid purchase for the shooter.  I briefly considered fitting this gun with a pair of rubber models I have in that sad box of unused gun stuff in the closet.  Thankfully, the bad idea fairy quickly vacated my psyche, as if chased off by the ghost of Elmer Keith.  Anything but wood stocks on a 3” N-frame seems more than a little inappropriate. 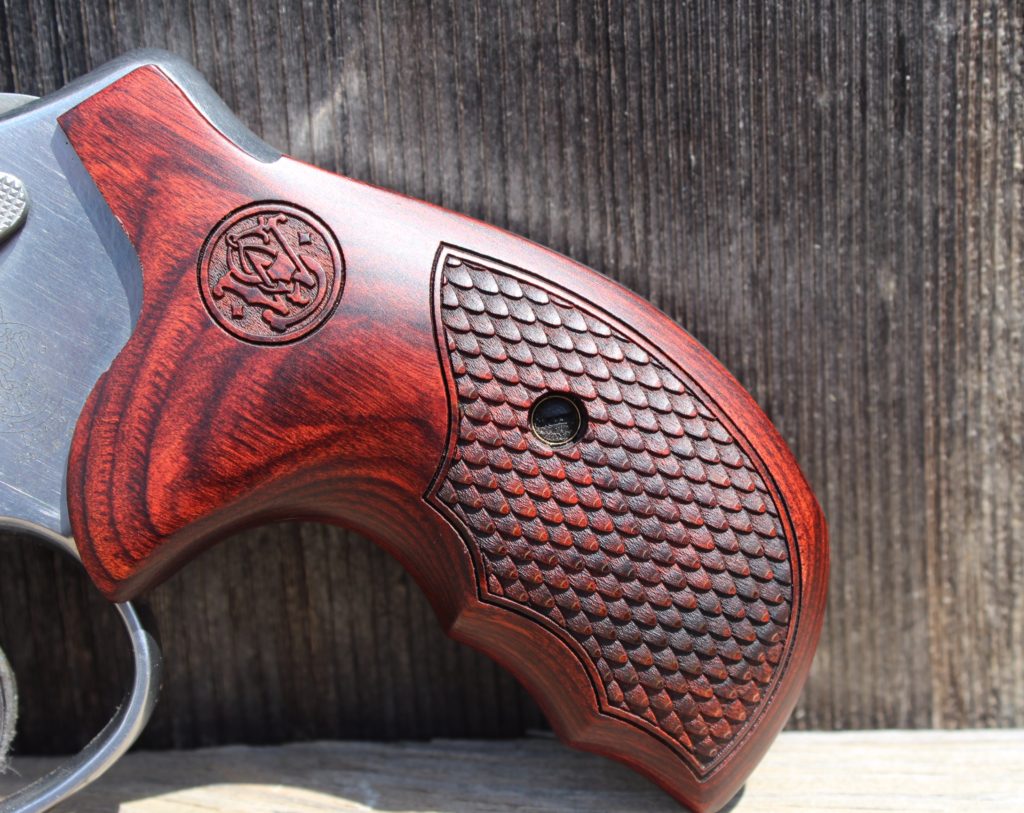 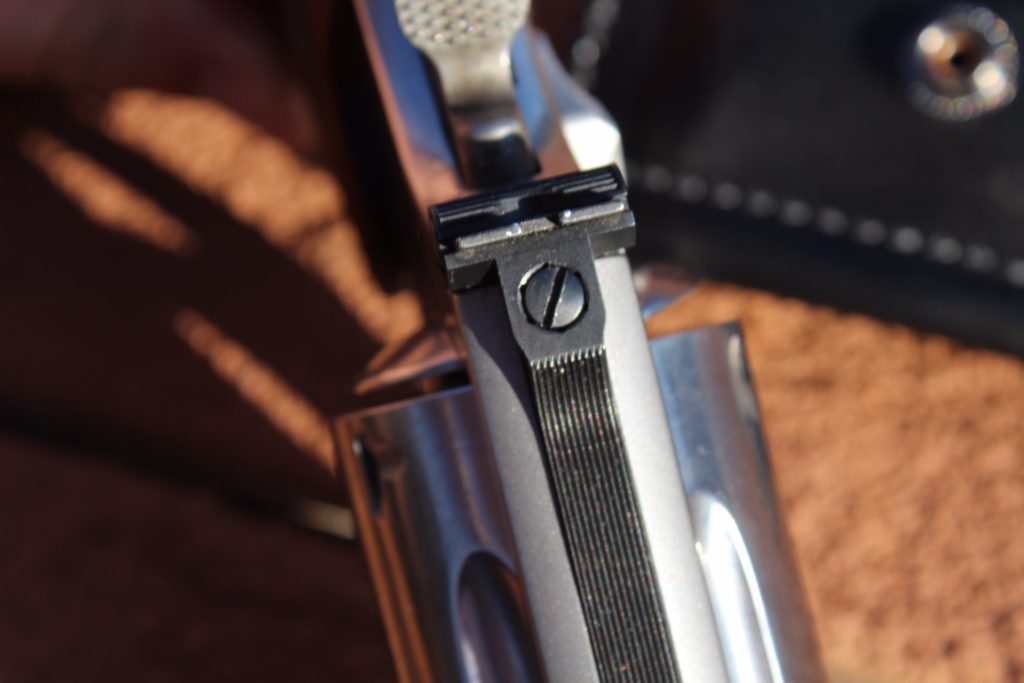 The double-action trigger pull on the N-frame is relatively long to allow the cylinder to rotate more than one-half inch, from one primer to the next on those wonderfully large magnum cartridges.  The thumb-cocked trigger press is fantastic though.  My circa-2006 Model 610 and Model 629 both measured right at 3.2# on my trigger scale.  This newer—and much less seasoned— 629’s single action trigger consistently drops the hammer at 3.9#.  As with most Smith wheelguns, the trigger on this Deluxe is crisp and smooth. 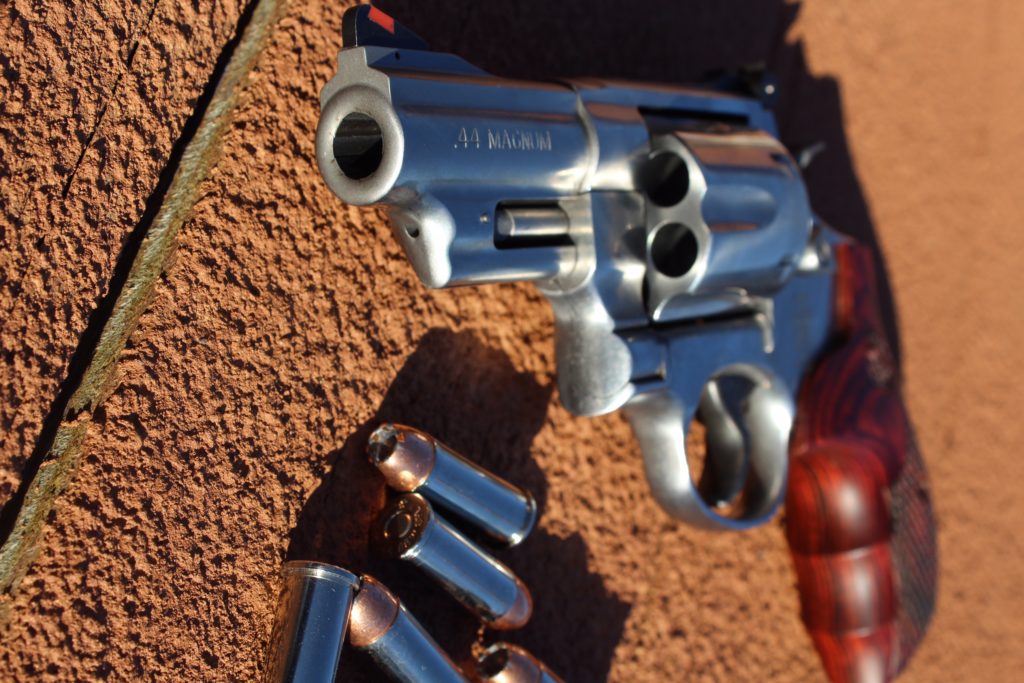 A thunder of drums

Since the weather was, “Oklahoma atrocious” directly after my new acquisition, I went to my local indoor range, Red Rock Firearms.  The owner, Doug and I stirred up some construction dust in his newly-built facility with almost 100 rounds of mixed Specials and Magnums. 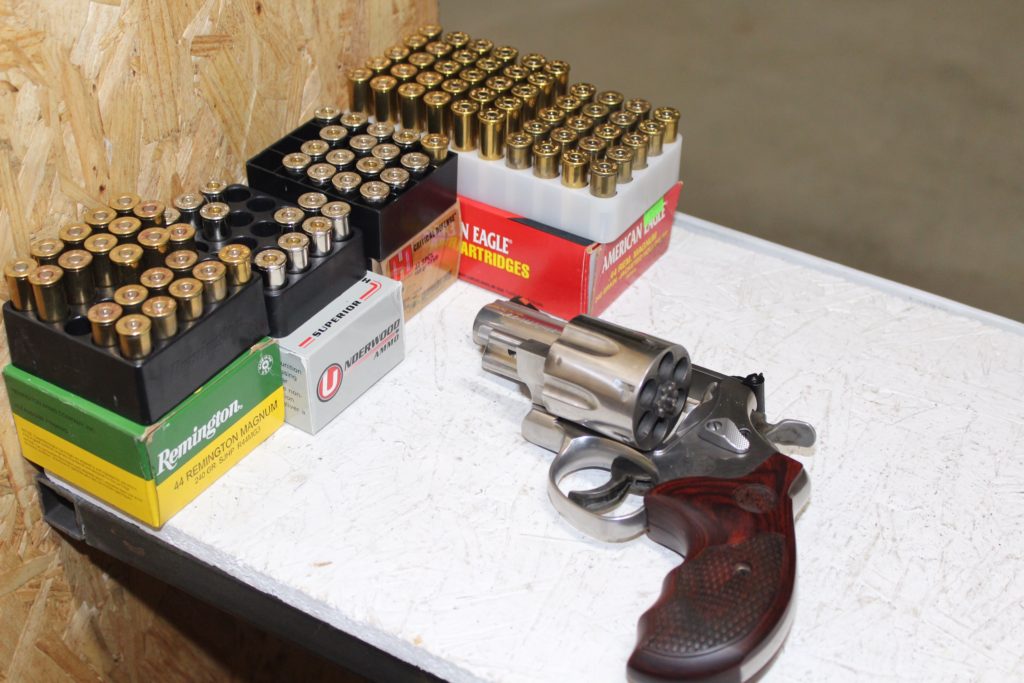 I’ll remember next time to shoot groups for the review first, and then get some chronograph readings.  Between blurry sight syndrome, some Magnum-loosened fillings, and arthritic wrists, I didn’t have much accuracy left in me. Doug did manage a few three-inch groups with Remington 240 grain SJHP at 25 yards.  Somewhat oddly, we noted that the Federal American Eagle 240 grain JHP consistently shot about four inches left of all other loads tested. 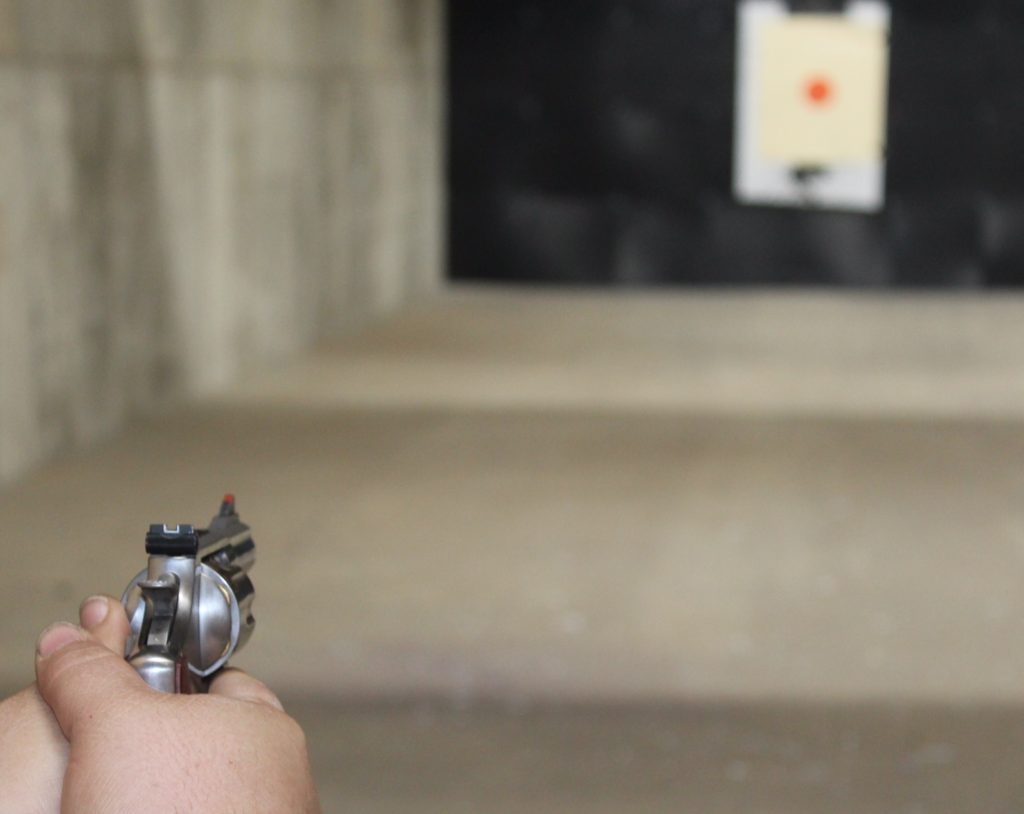 However, the most interesting thing noted were the velocities we got out of the three-inch Deluxe.  The Specials and Magnums only lost about 20-30 fps, compared to my four-inch 629.  I doubt an attacking bear would notice the difference.  That information further solidifies my belief in three-inch Magnums. 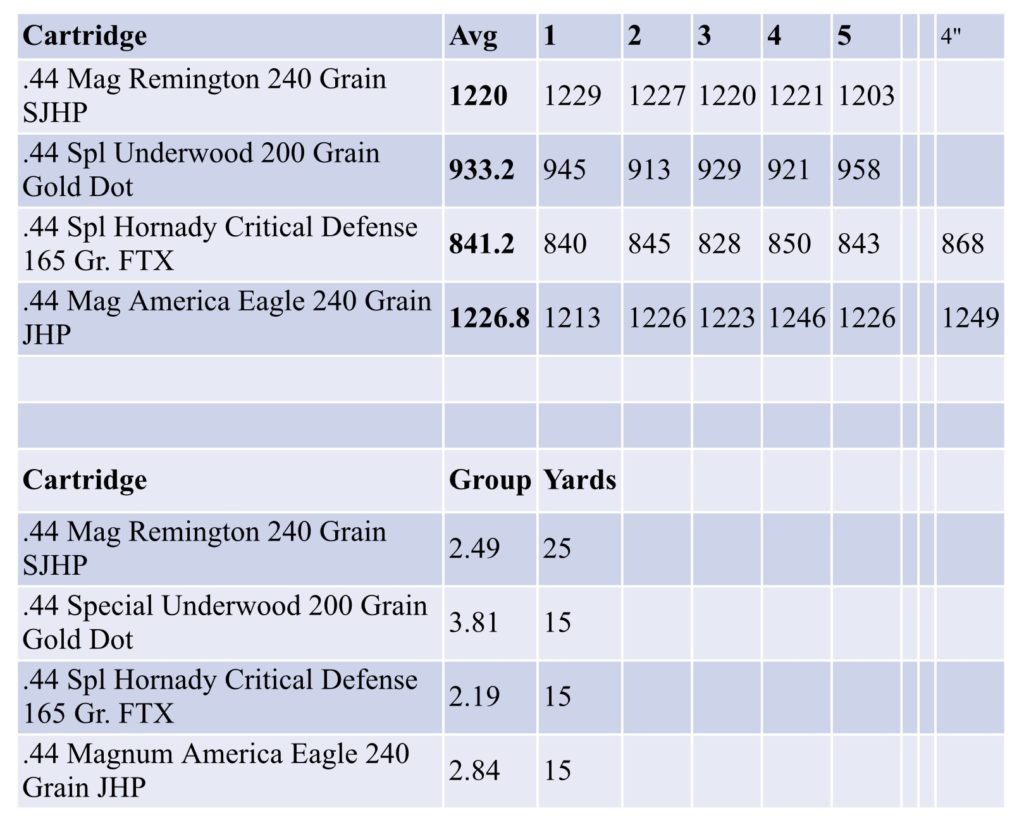 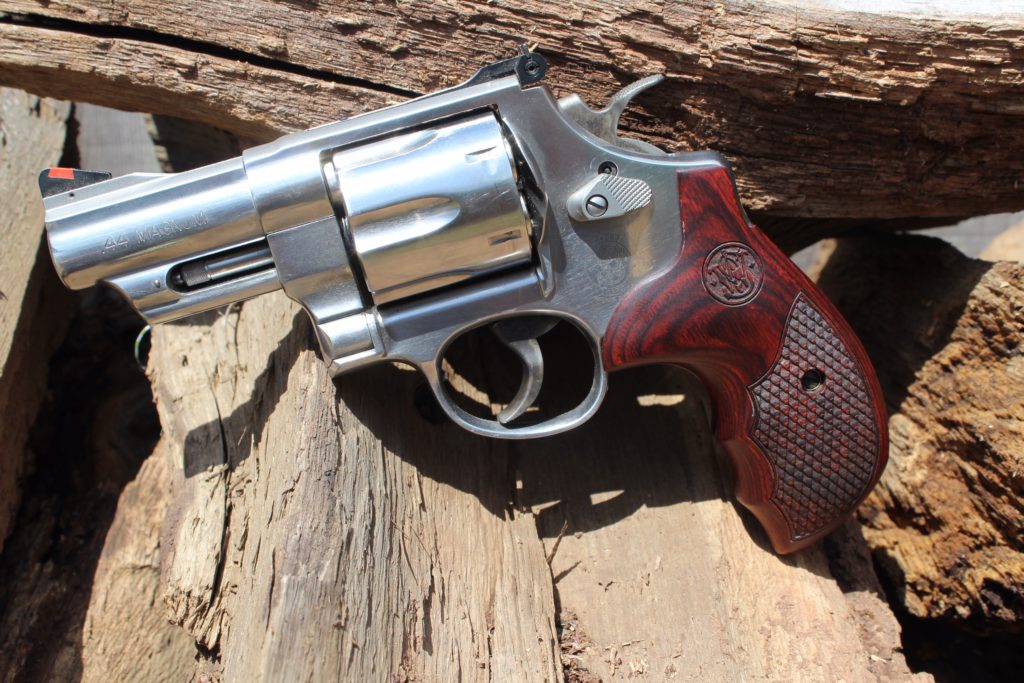 From the 44 Hand Ejector of the early 1900s, to the 21st century 629 Deluxe of today, the three-inch N-frame has a special place in my heart.  It’s so encouraging to see it return to production.  Hopefully, some of my fellow shooters—especially the younger ones—will learn to appreciate it as well. 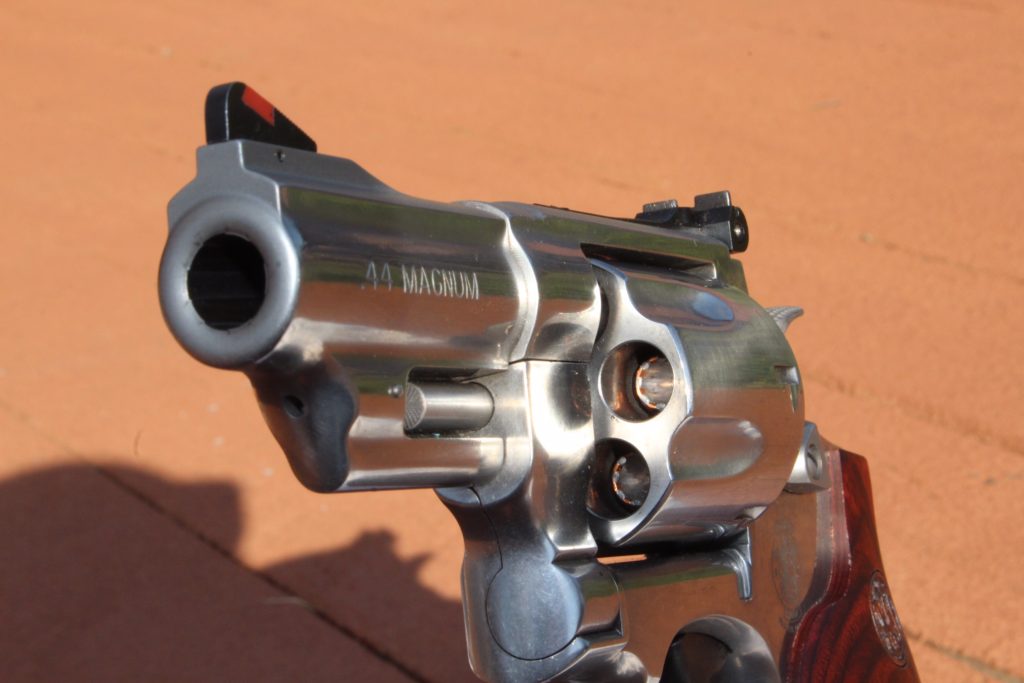 Did you Get something Out of this post? Support RevolverGuy on Patreon!