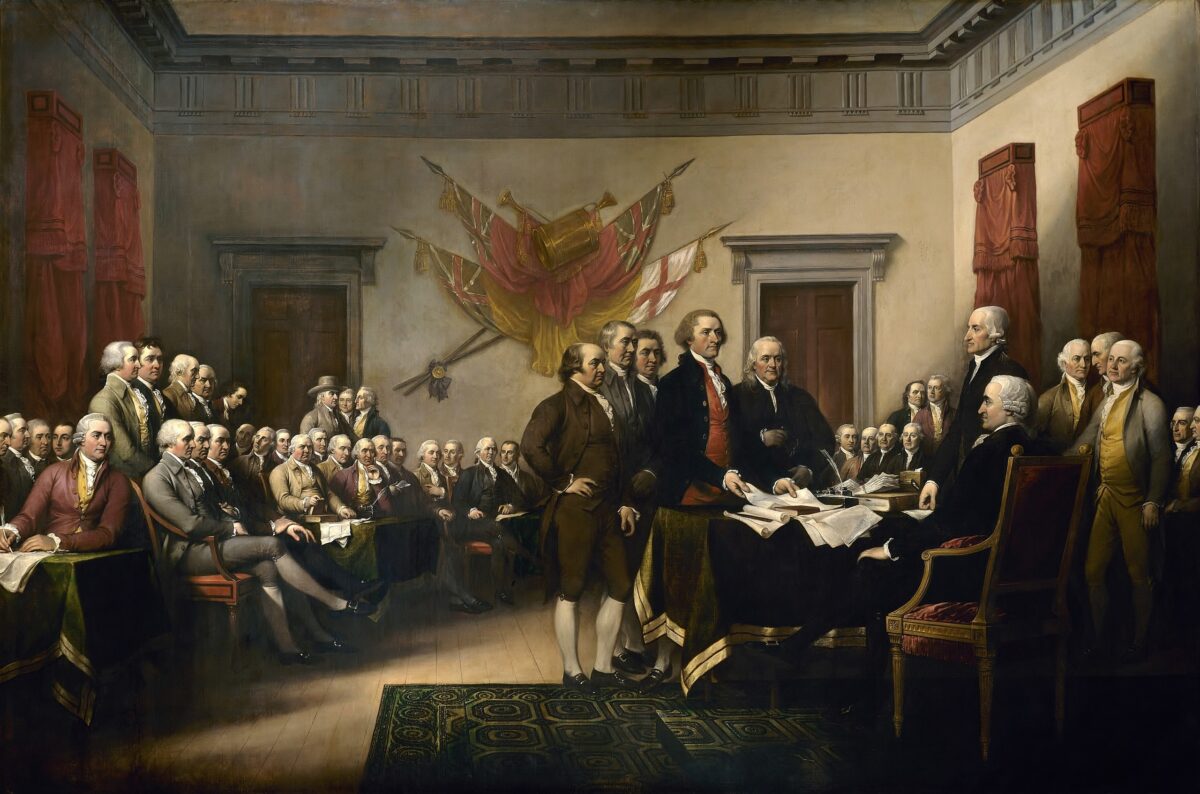 While the Continental Congress voted to declare independence from Britain on the Second of July, 1776, it took two days for them to complete and ratify the document that would declare it to the world.

The Declaration of Independence was drafted by the “Committee of Five,” which included the following American patriots:

-Roger Sherman, of Connecticut, and;

After the Committee of the Whole made its changes to their draft on July 3rd, the final document was prepared and adopted by the Congress on July 4th, which we now celebrate as our Independence Day.

RevolverGuy would like to wish you and our fellow Americans a Happy Independence Day. We are truly fortunate to live in the best country in the history of the world, and hope that each of you will join us in celebrating the exceptional nature of these United States, and remembering the sacrifices of those who secured our freedom from tyranny.

May we live up to the standard they set for us.

One thought on “Happy Independence Day 2020”