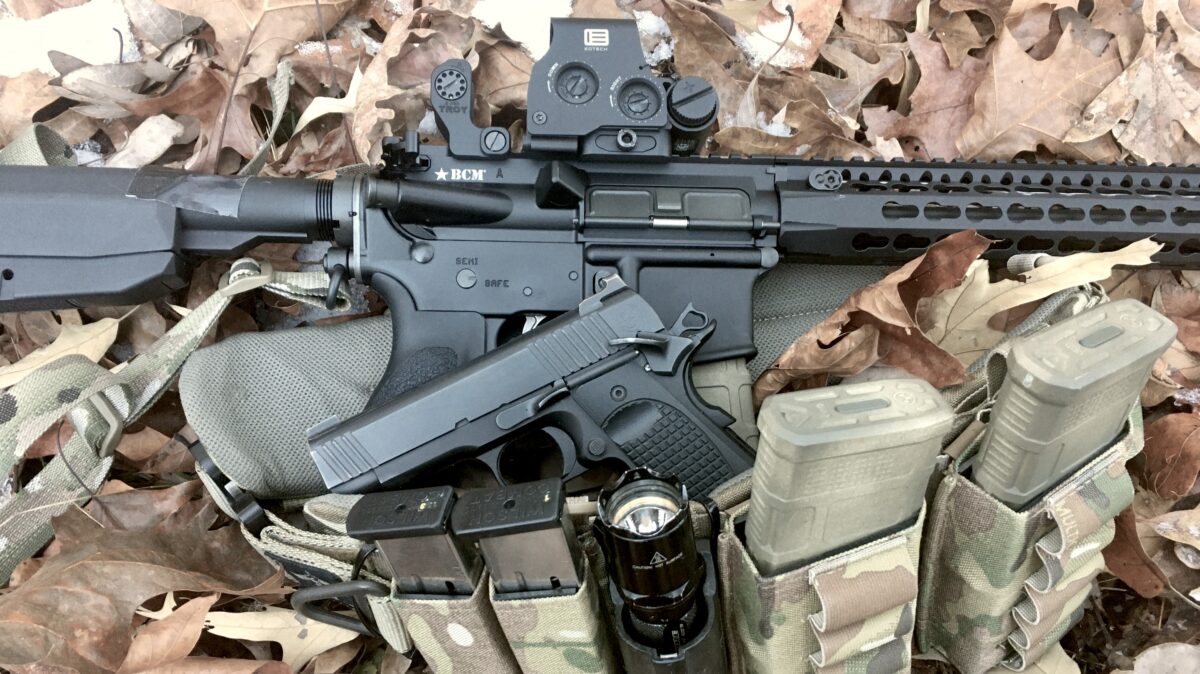 This is just a quick dispatch on something I’ve been considering lately. I will be succinct and to the point. I will make some of you angry, and others uncomfortable. That’s not my goal, but it’s probably a realistic outcome. Let’s talk about “entertrainment.” Rather, let’s talk about how we’ve come to view it.

We, as a community, have defined what is “realistic” in a self-defense scenario. Mostly, you’ll brook no complaint with me – civilian self-defense situations share some major commonalities in the vast majority of instances. We have huge bodies of data to back this stuff up, with visceral examples like the record of Tom Givens’ students, and John Correia’s Active Self Protection Channel making up much of the totality.

This is an awesome development: this helps us focus precious training dollars, hours, and ammunition where they are needed most. Unfortunately there’s a dark side to this. As a result of becoming hyper-focused on self-defense, we’ve developed an entire lexicon to denigrate those who train for scenarios that don’t fall neatly onto our self-defense plausibility spectrum. If they’re practicing for anything more than what happens in a self-defense situation they’re being “unrealistic.”

Attending a carbine course where you’re shooting at or beyond 50 yards? You’re almost certainly going to be asked why on Earth you’d ever need to shoot anyone at more than 25 yards. Have the gall to suggest people practice beyond 25 yards with their handguns? Or the nerve to attend a “high round count” course – gods forbid – a class where you wear body armor? Be prepared to be called a “tactical Timmy,” “mall ninja,” or a “tacticool guy” because, “you’re not a Navy SEAL!” Unfortunately those insults are going to come from our very own firearms-owning community.

Let me throw one thing at you, though. The Framers’ Intent in safeguarding the right to keep and bear via the Second Amendment was as a check on a tyrannical government. Here’s where some of you might get uncomfortable: simply owning an AR15 doesn’t make you anything more than an AR15 owner.

To actually be a Citizen, capable of revoking “the consent of the governed,” you need to know how to run that thing. Just being able to shoot it from one end of your living room to the other is probably not good enough. Being able to shoot out to 200, 300 or even 400 yards, move your body, your rifle, and support equipment long distances, over rough terrain, in a minimal amount of time is just basic employment of the rifle when imagined in a different context.

I’m not saying all body-armor/long-gun courses are good – some of them are still junk. Courses that don’t train skills, contextualize them, then meaningfully measure progression based on accuracy or time or both, for instance, are probably just expensive fun-sessions. There are a lot of really good ones out there, though.

We might want to stop and consider the point of owning that rifle – and the reason behind the Second Amendment – before we’re so quick to sneer at someone who wants to learn to run his carbine at a very high level. Or learn CQB, or practice basic small unit tactics. By themselves, those rifles aren’t going to protect the Constitution any more than they’re going to run out and kill people.

17 thoughts on “On Bashing “EnterTRAINment” and the Tacticool”