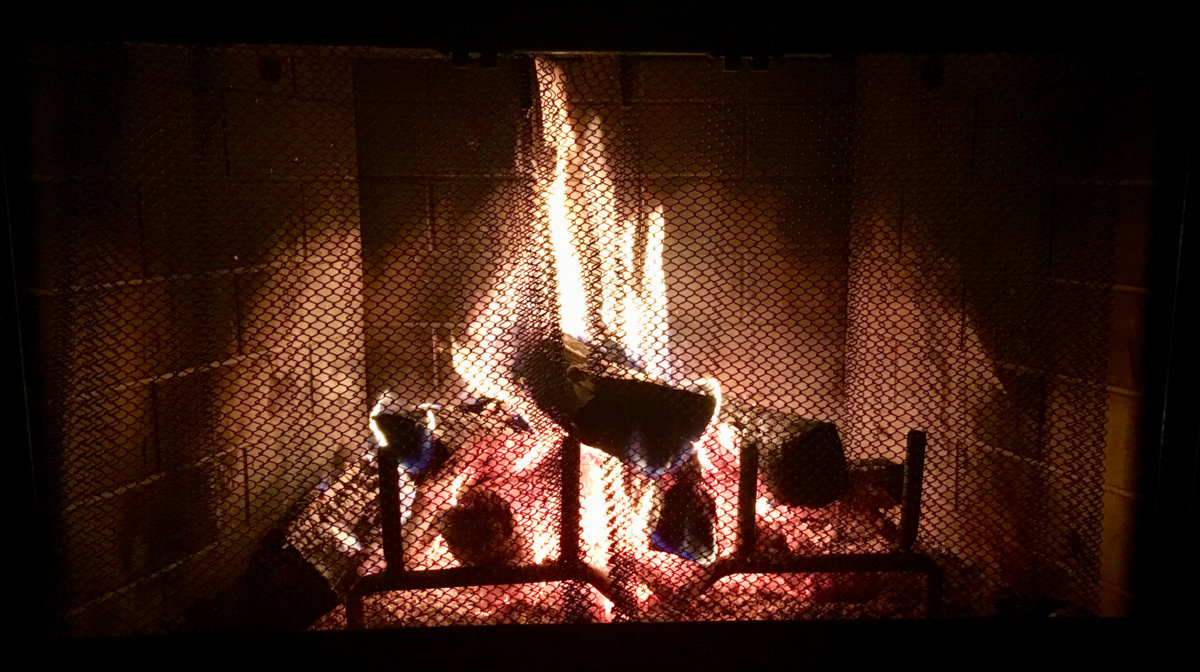 I’m sitting on the couch, typing with my MacBook on its lowest possible screen brightness. It isn’t plugged in, and I’m not on Wi-Fi, because my power is out. This is probably causing some slight inconvenience and no small amount of anxiety for many of my neighbors, and meanwhile, I’m writing away happily. It’s the dead of winter, right at the tail-end of a brutal cold snap, and it’s around 9:30 PM. This really isn’t a huge deal for me. I’m prepared, RevolverGuy style.

I’m not what most would consider to be a prepper. I don’t have a year’s worth of freeze-dried food or a bunker in (under?) the backyard. I don’t own a huge SUV that I write off as a “bug-out vehicle.” I don’t expect a zombie apocalypse is going to break out anytime in my lifetime, nor am I particularly interested in discussing it with you. But, I’ve been around enough to know a little bit now. I know that things can sometimes happen that make life downright uncomfortable if you aren’t equipped to deal with them. I have the common sense to know that an ounce of prevention is worth a pound of cure, and having a few things on hand against hard times isn’t a bad idea. Come to think of it, it’s not unlike carrying a sidearm, which is really nothing more than preparing in advance for a very unlikely but potentially dire event. Now that I think of it, maybe I am a “prepper” of sorts after all…

When the power first went out I assumed it was just a flicker. I was sitting in the floor, back against the couch, petting my German Shepherd. I gave it a full minute and realized this outage was going to be a bit more long-lived. No worries. I pulled the flashlight out of my pocket. It’s always there, because, as I’m frequently prompted to tell others who ask why I carry a flashlight, it gets dark every single day.

Right now I don’t need to pull on my coat and slip into my boots to bring in armloads of firewood because I already have. I’ve had wood in here since October. I’ve built a few fires since, but I’ve replenished everything as I used it. I’ve also got some kindling and a couple old newspapers – and a box of matches, don’t forget those! – laid by. I know the chimney was cleaned in late summer, so I’ve got no worries there. I put match to paper and a dozen minutes later have a warm, cheery little candy-roaster going. I close off all the doors into the living room (at least the ones I can) and it’s toasty in no time.

Ok, heat is taken care of…what else? I know I have water, plenty to keep me and the dog hydrated for at least ten days. After living in the well-irrigated desert that is Southern California, I’m a bit obsessive about having some water on hand. I’ve been buying a gallon or two every time I go to the grocery store for what, six months now? At $0.89 apiece it doesn’t add much to the grocery bill but that 25 gallons in the basement sure feels good to have right now. It’s funny something as simple as water can go from nearly-nothing to priceless, depending on the circumstances.

There’s an assortment of other stuff around the house, too. There’s a big first aid kit in the hall closet. There’s a drawer full of AA and AAA batteries, a couple more cheap LED flashlights, and a headlamp. I doubt I’ll need any of it tonight, but I’m glad it’s there just the same. Like most of the “preparedness” stuff I have it doesn’t really matter if I need it in an emergency or not – it’s stuff that will get used anyway.

I don’t expect this will last long enough that I really need food, but if it does, I’m good. I know I could start cooking stuff out of the freezer first. Since I have a gas stove I’d still be able to use real cookware. If the power is still out, and if I’m in a hurry in the morning, I can fire up the JetBoil (I always keep a few extra fuel canisters around) and make coffee and some instant oatmeal. If I really need it. If this goes for more than a few days and for some reason I can’t make it to the grocery store I’m still good; I’ve got “grandma’s pantry” going on here. Grandma was always had an extra everything, and was always ready if late afternoon company turned into dinner guests. And if she were still around, she wouldn’t be to worried about a power outage.

I don’t expect any trouble, at least not any more than I do on any other night. But if it comes, there’s a .357 Magnum on my belt. And, come to think of it, there’s also a bigger gun close by, too, this one with a half dozen rounds of Federal 00 Buck stuffed into it. That’s not peculiar to tonight – it’s just the way it always is. But on a night like tonight, when we are shown demonstrably how fragile our artificially-supported lives really are, the S&W revolver and the shotgun call attention to themselves just a bit more loudly. They’re a comforting presence in the midst of uncertainty.

In the morning, if the power is still out, I’ll bring in some more wood. I’ll make sure to fill up the car and hit the grocery store on the way to work – not after. Then I’ll come home and go on about my day. With power, or without. For now, though, I think I’ll close this computer. I’ll throw another stick of white oak on the fire, pour a couple of fingers of Woodford, and invite the dog up on the couch for the most peaceful evening I’ve had in a long while.