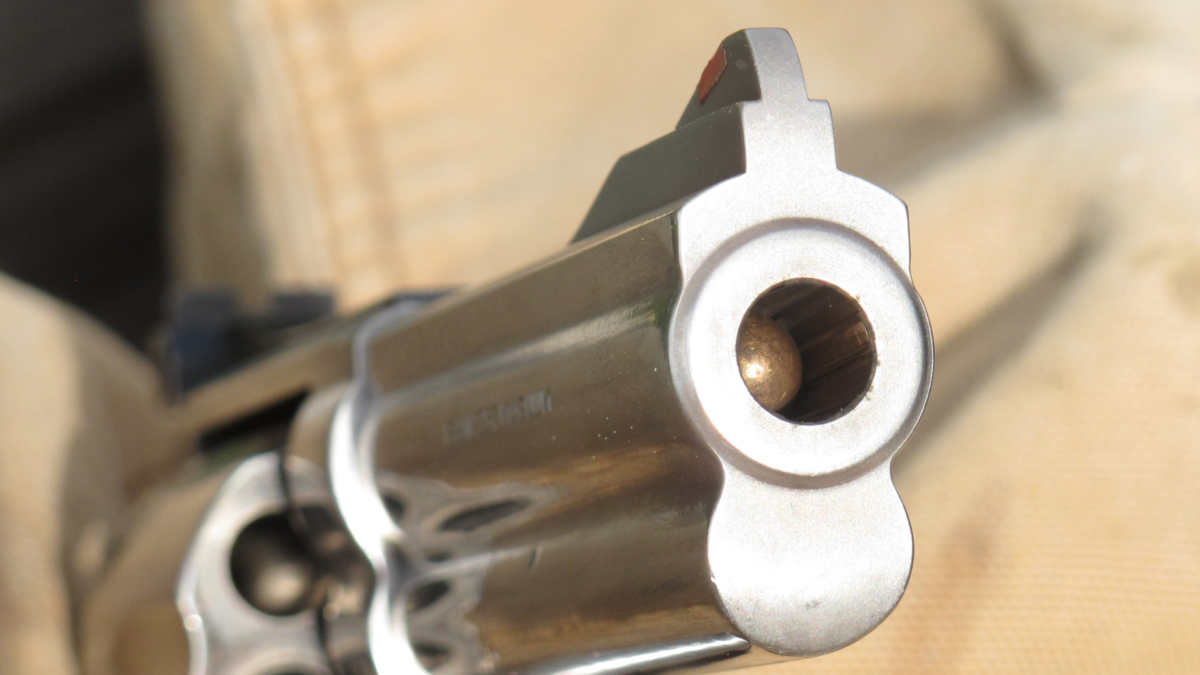 Last weekend I had spent half my Saturday at a private range with a friend and his son. It was just the three of us on the range. In addition to some true plinking, we shot the 5×5 drill, did some plate-rack work, and ran an informal competition or two. Toward the end of the day I let the other two guys take a few shots my my 686. When the 14-year old dropped the hammer on his first round, the result was an unimpressive fizzle. It was the first revolver squib load I’ve ever witnessed and my range session came to an abrupt end. But, I definitely learned a couple of things.

The only effective safety precaution for a squib load is realizing that a squib load has been fired. If you recognize this condition, IMMEDIATELY CEASE FIRE! If you are the non-firing party and see or hear a squib load, CALL A CEASE FIRE IMMEDIATELY! Had another round been fired there is a very good chance that one, two, or three people would have suffered injuries. Though I am primarily interested in the revolver squib load, these precautions apply to any firearm.

In this case I was keeping a close eye on my buddy’s kid as he fired a cylinder. I am told that I called a cease fire pretty much immediately, though it my head it seemed like it took several seconds for the thought to be verbalized. How did I recognize it as a squib load?

Sound: The biggest tell-tale for me was the sound. Squibs are often described as a “pop” rather than a bang. I don’t know if I would call it a pop exactly but it was unlike anything else I’ve ever heard. It was noticeable for its softness and it seemed to produce an elongated report. If you hear a report that doesn’t sound right, cease fire!

Recoil: The shooter reported very little recoil. Though I called a cease fire, he said he knew something was wrong and would have stopped shooting anyhow, because of the near total lack of recoil. If you are shooting and experience something that doesn’t feel right, heed your gut and cease fire long enough to check the gun out.

Impact: His dad, who was keeping an eye on the downrange area, reported noticing the lack of any impact. We were firing on a plate rack and obviously no plate was hit. The backstop was a earth berm which usually displays a pretty good visual indicator of misses. If you are watching your buddy shoot and notice a lack of impact along with an odd report, don’t be afraid to call a cease fire.

I can’t stress this enough – if you experience an odd report, reduced recoil, or any other symptoms associated with a squib load, cease fire. Also – and this truly should go without saying – always wear eye protection on the range.

After the shot we opened the gun up and made it safe. I peered down the barrel from the breach and immediately saw unburned powder on the forcing cone. The round in question was a factory .38 Special from Federal’s American Eagle line and the powder is yellowish. I could not see light coming through the barrel. 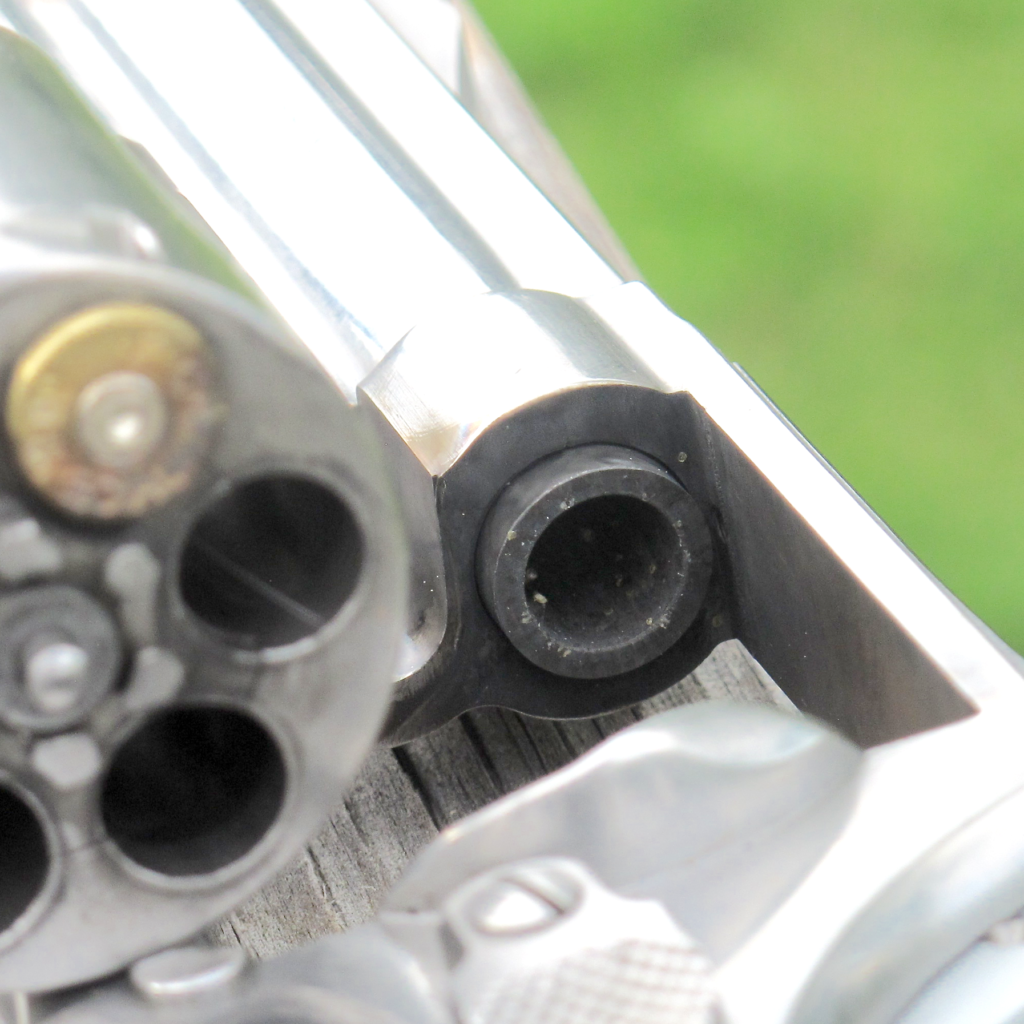 I cleared the gun again and looked down the barrel from the muzzle end. About half an inch from the muzzle I could see the 130-grain round-nose projectile.  Looking into the cylinder I saw a lot more unburned powder, as well as a peculiar blast pattern around the face of that chamber. 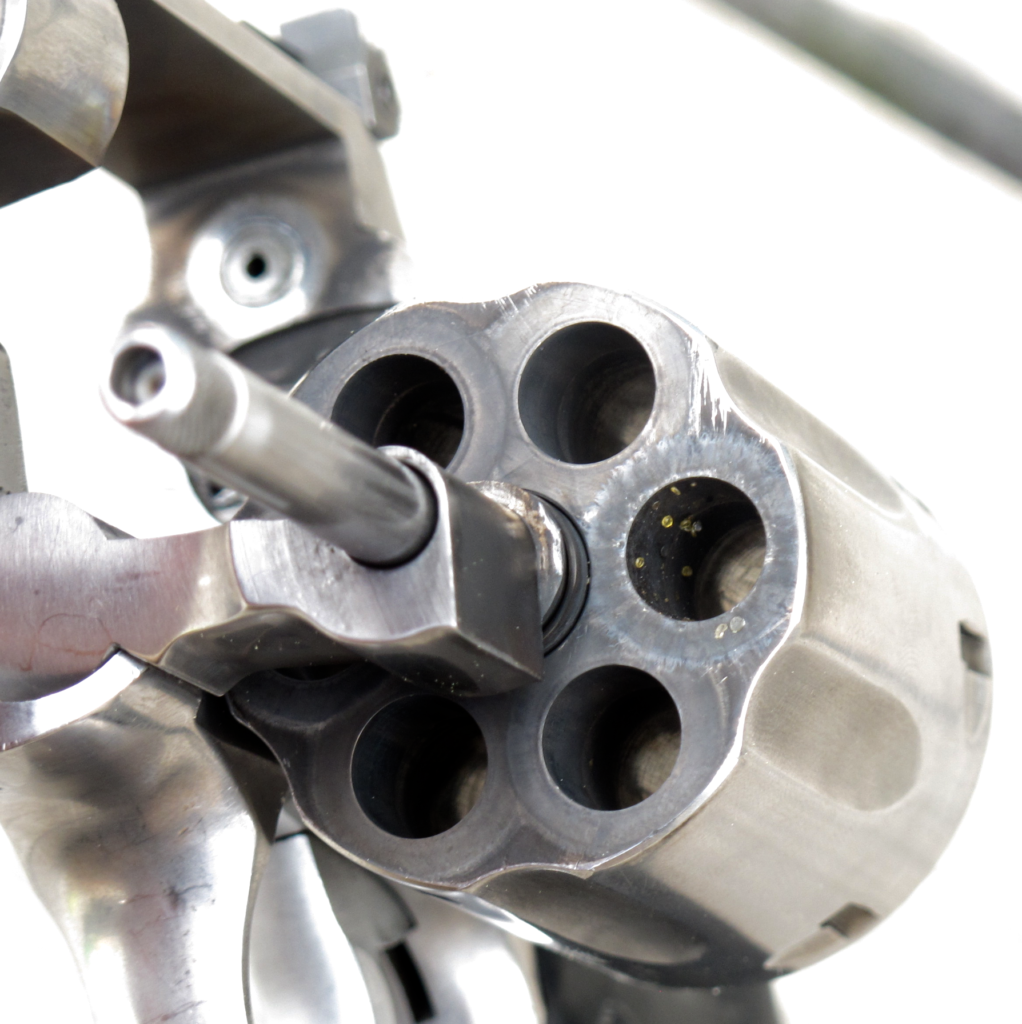 So what happened to cause my first (and hopefully only) revolver squib load? This was factory ammunition from a major, reputable manufacturer, and obviously there was powder in the case. In this instance I am fairly certain the ammunition had gotten wet at some point. I was cleaning out my bucket of random loose rounds and this was the only one of its kind. The case had a patina that said I probably shouldn’t shoot it but… 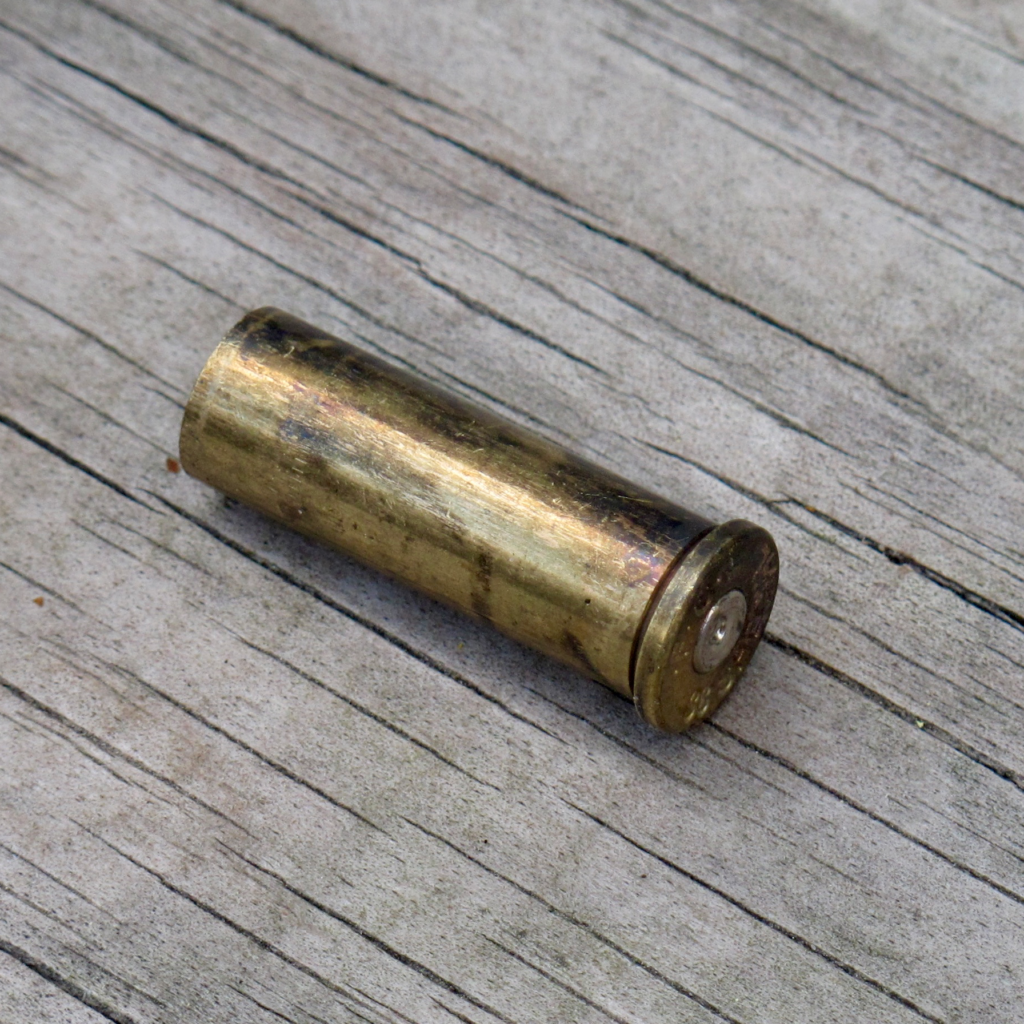 In an instance of pure coincidence, I had already fired a few rounds of my preferred carry load that day to verify function and point of impact. Four of these rounds had been through the washing machine on a Speed Strip that had been left in my back pocket. I was pleased to note that all rounds fired with no noticeable defect or deviation. This is another benefit of premium ammunition: it is well protected from the elements.

After this load put an unexpected early end to my range day, I had to deal with it. I’m sure most of you have an idea of how to fix the problem but I’ll go through it anyway. The basic procedure is to push the bullet back down the barrel. You will need a rod that is rigid enough to accomplish this, but softer than the bore and rifling (wood or brass rods are ideal). Since my gun has a .357 bore diameter, this task called for a 5/16″ (0.3125″) dowel. A 3′ x 5/16″ dowel cost me $.99 (tax included) at Home Depot. This is enough dowel to make 6″ “squib sticks” for you and your five closest friends.

First, cut your dowel rod to size. You want it to be slightly longer than your gun’s barrel, but not too much longer. The longer it is, the more flexible and likely to break it is. I cut mine to around 6″. You will also need a hammer to pound the rod through the bore. If you are using a steel hammer use caution as you get closer to the muzzle. A plastic or rubber mallet is probably the better choice for this job. Once you have the appropriate tools you are ready to begin.

First, open the cylinder and ensure the gun is unloaded. Leave the cylinder open.  Invert the gun so that it is pointed muzzle up. Secure it by the grip – in my case I simply squeezed the stocks between my knees. Insert the dowel in to the bore, and pound the rod through with a mallet or hammer. 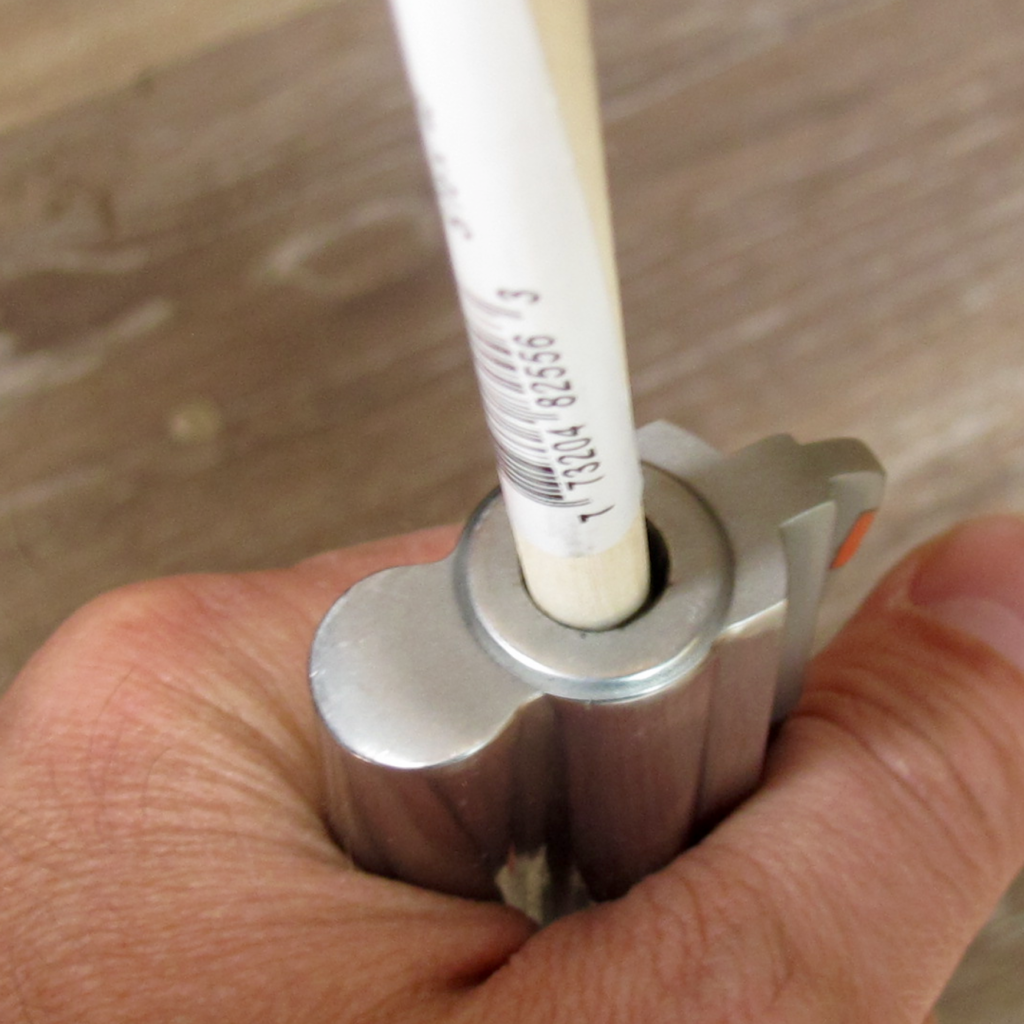 The bullet may take a bit of convincing to come out. In this case, initially breaking the bullet free seemed to be the hardest bit. Once it moved a little it traveled the rest of the barrel length pretty easily. 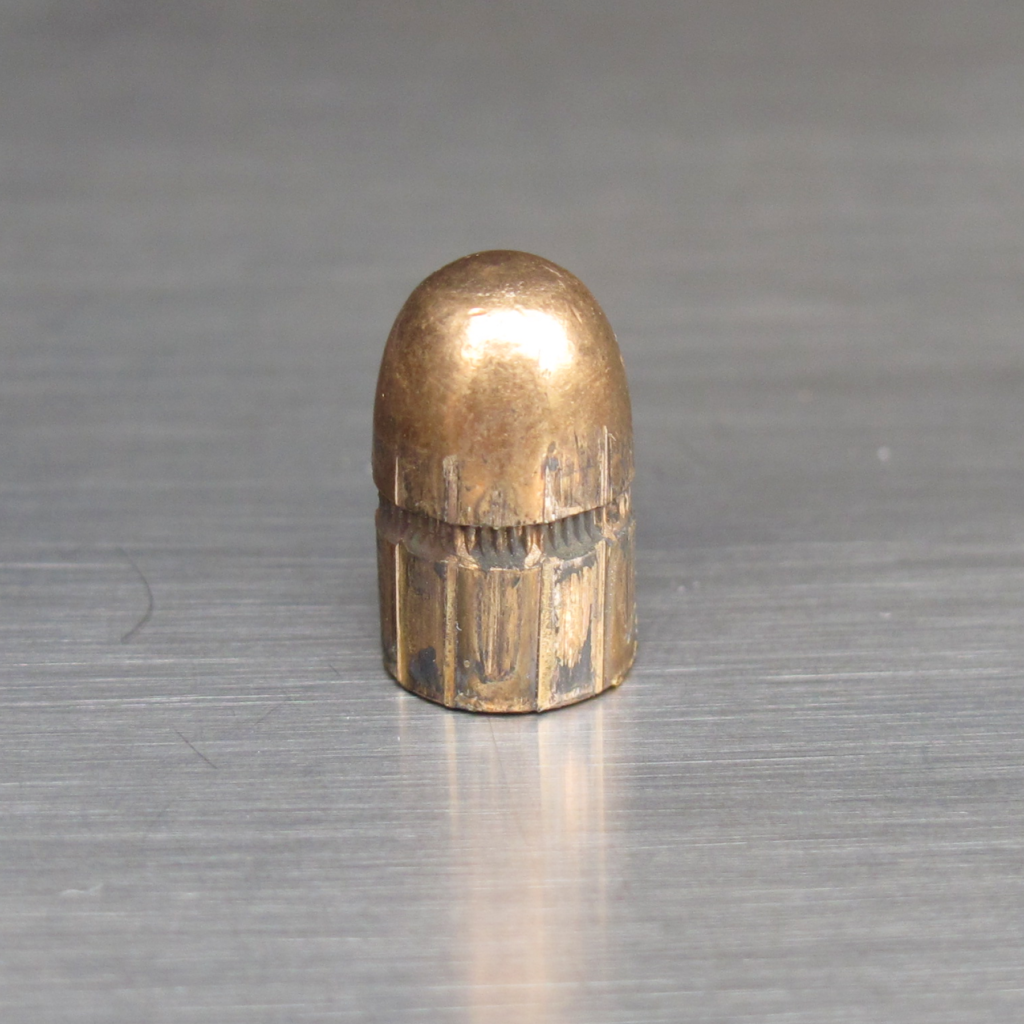 The most important advice here is safety: if you experience a squib load with any firearm, CEASE FIRE IMMEDIATELY. If you are a non-firing observer, don’t hesitate to CALL A CEASE FIRE if you seen the indications of a squib load. My friend stated that he will be haunted by his lack of reaction. Honestly, I think he was right behind me and if I hadn’t reacted I’m certain he would have. When in doubt call a cease fire and ensure the barrel is clear before proceeding.

Lucas from the Triangle Tactical Podcast recently recommended keeping a “squib stick” in your range bag. I ignored this advice, and so did my buddy who called us both out at the range. If you shoot a lot – and especially if you shoot handloads – a squib stick can keep an event like this from cutting your range day short. I’m actually kind of glad this happened because I got to experience it in a low-stress, slow-fire situation (and get some photos, too). Without a quick reaction this could have had a very different outcome.