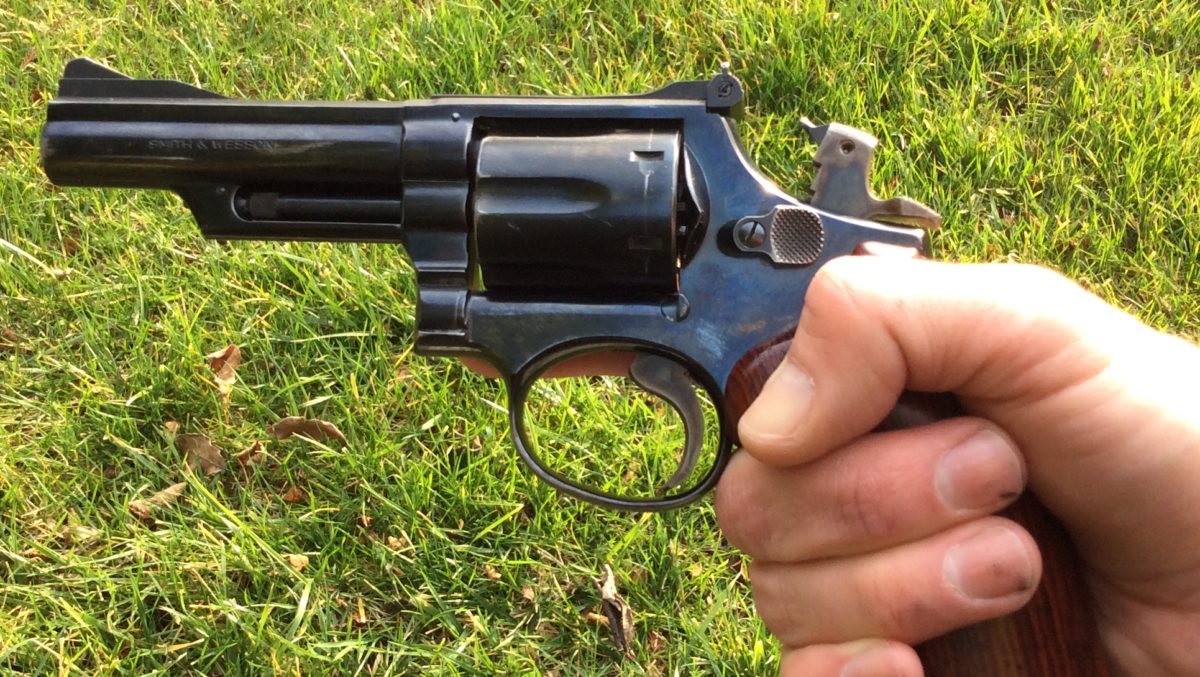 Once in a while, a RevolverGuy finds himself with a cocked revolver that needs to be safely decocked.

The reasons for this could vary. Maybe the Range Safety Officer has called for a cease fire, or maybe the animal has moved and you no longer have the shot. Perhaps you’re just getting tired, or you need to get that piece of hot brass from your neighbor’s self-chucker out of your shirt. Whatever the reason, it’s important to do it properly, so that you don’t negligently fire an unintended shot.

Whether you’re shooting a single action or a double action revolver, here are the steps you need to follow to safely decock your revolver:

1. Point the revolver in the safest direction–and keep it there throughout the procedure–with your trigger finger resting on the frame of the gun, away from the trigger and trigger guard; 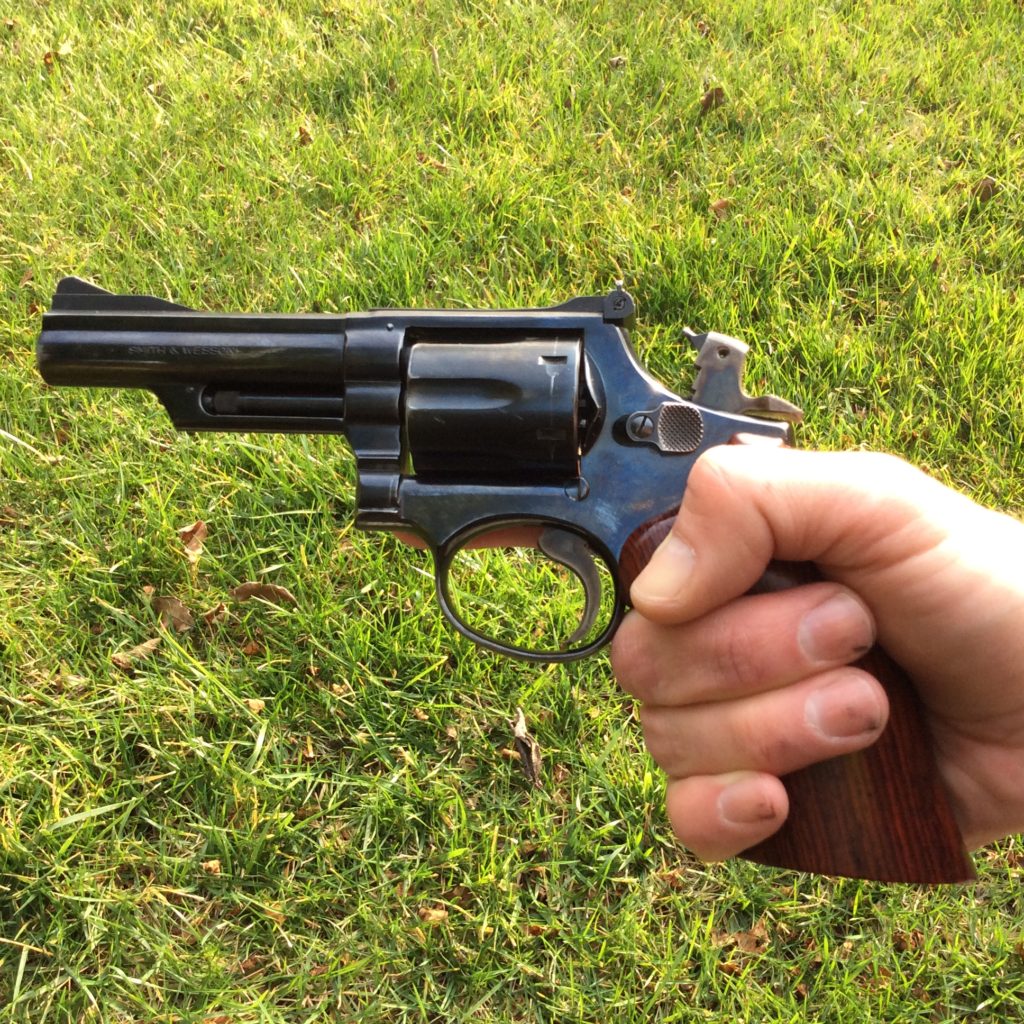 2. Place a weak hand finger or thumb in front of the cocked hammer, wedging it between the hammer face and the frame of the gun. The intent here is for the finger or thumb to block the fall of the hammer if it gets away from you during the decocking. Please note that if the hammer has a fixed firing pin, you should put your finger or thumb underneath it so you don’t get hole punched! 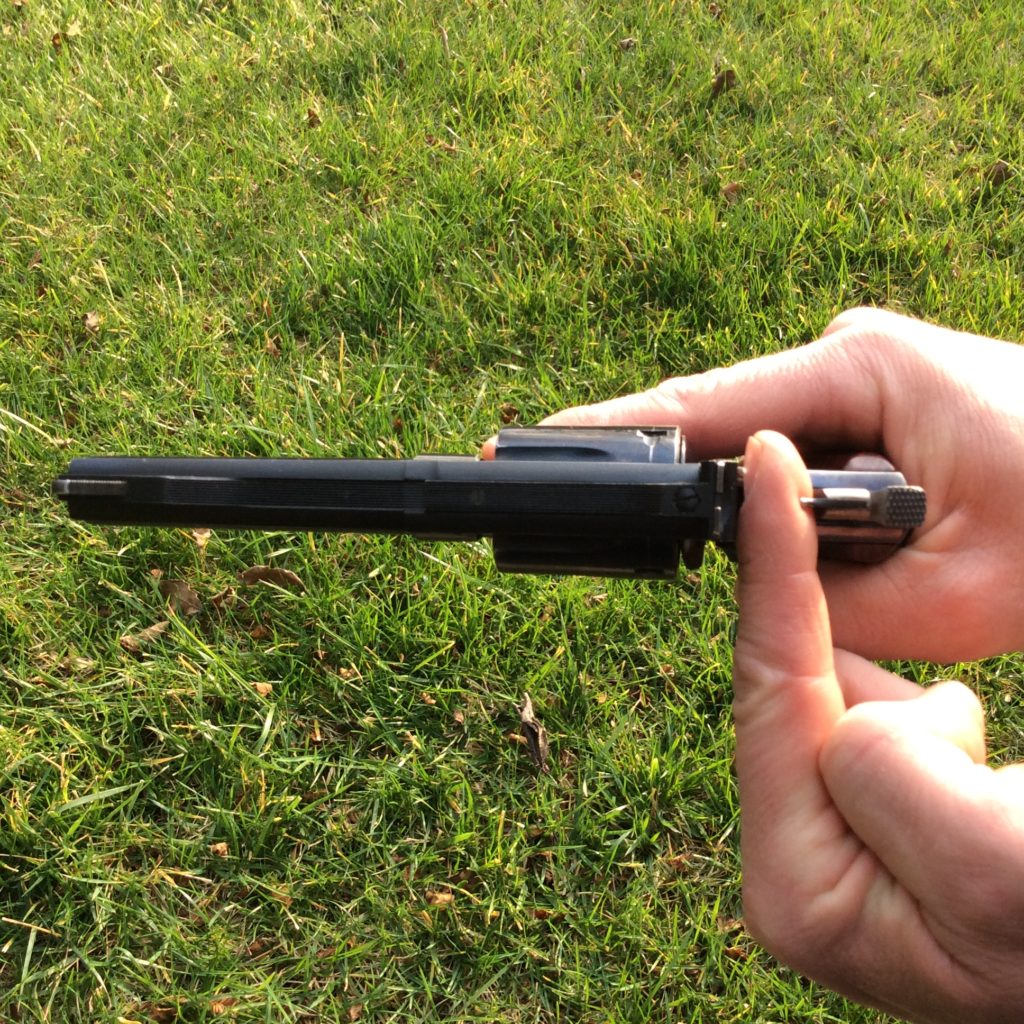 3. Place the thumb of your shooting hand on the hammer spur, to control its forward motion; 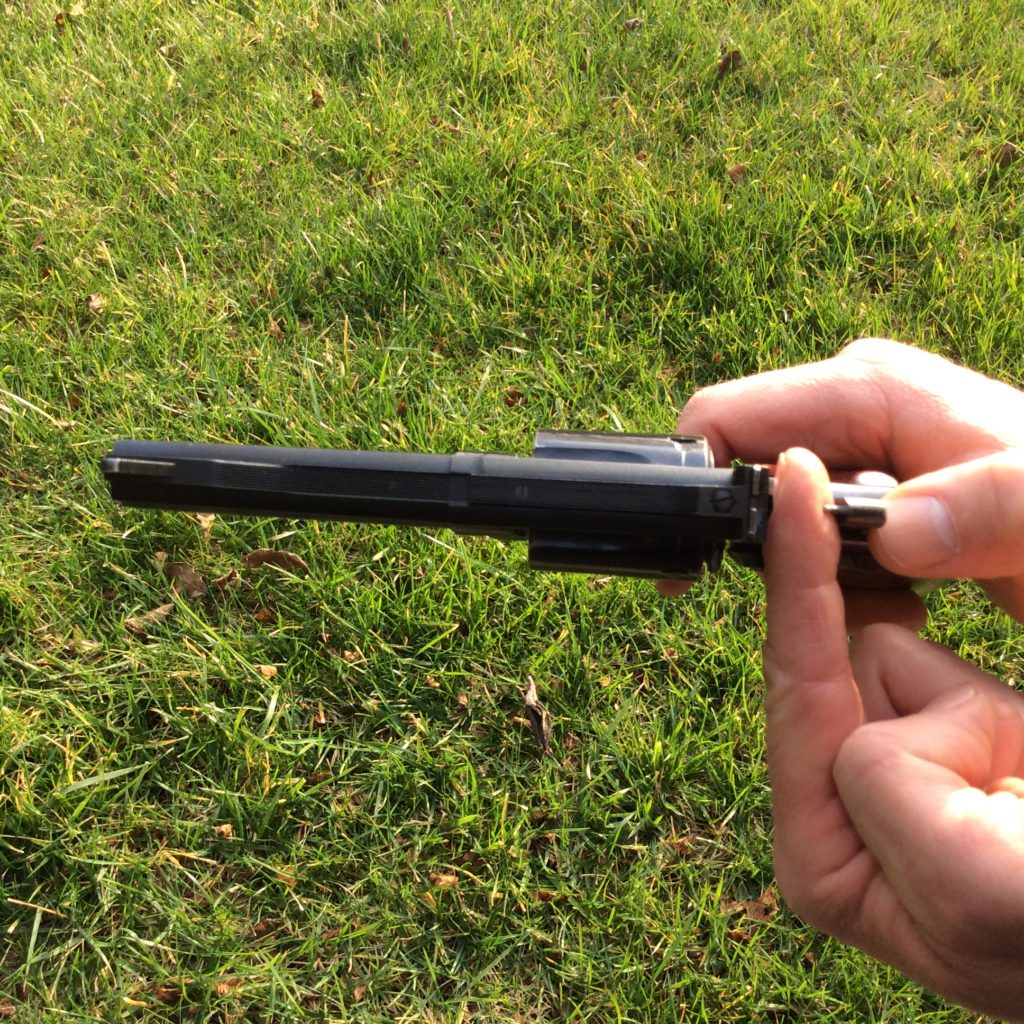 5. When the sear releases the hammer, allow it to move forward slightly, but restrain it with your shooting hand thumb so that it doesn’t travel very far. If you accidentally cock the hammer again, that’s OK–you can just go back to step 4, above, and try once more;

6. Ensure your trigger finger is off the trigger and on the frame, then move the blocking finger or thumb of your weak hand out of the way. Slowly lower the hammer to its forward resting position. 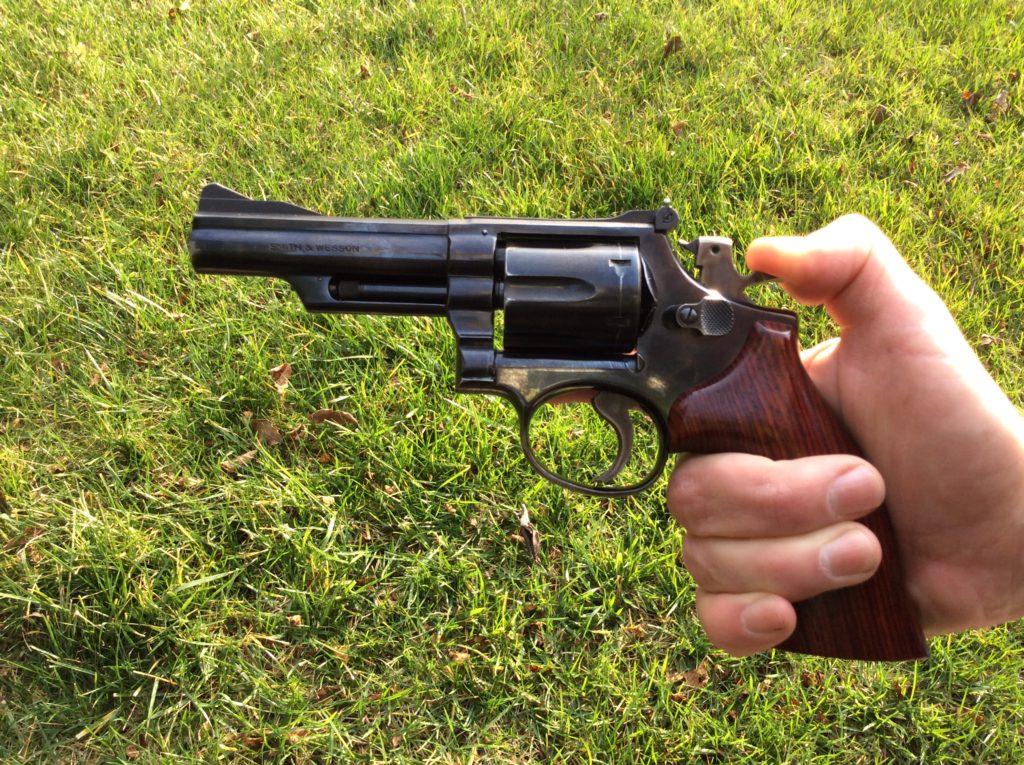 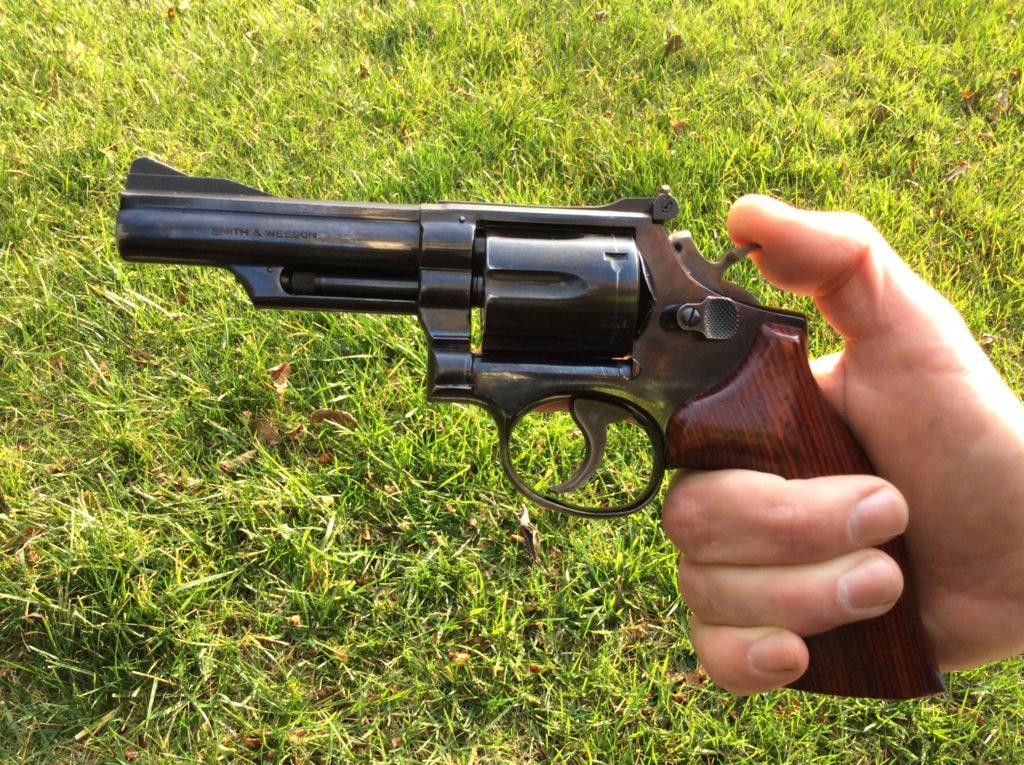 The procedure is really simple, but there is one common mistake that you have to watch out for–it’s absolutely critical that you immediately remove your finger from the trigger after the sear releases the hammer to move forward!

The classic scenario for this kind of negligent discharge begins with someone who wants to cut corners and lower the hammer using only the shooting hand. They put the shooting hand thumb on the hammer spur, pull the trigger, then ride the hammer forward as their finger continues to press the trigger. If the hammer slips away from the thumb, then the gun will probably fire. We see all kinds of television and silver screen heroes do this nonsense, but please don’t do it for real. Use two hands as described above, with a blocking finger as a backup safety (this is especially critical for guns without the internal hammer block or transfer bar safeties), and don’t hold the trigger to the rear as you lower the hammer!

As we alluded to earlier, most external hammer revolvers of modern design incorporate internal safeties that prevent the gun from firing unless the trigger is held to the rear. Some older designs (such as the ever-popular Colt Single Action Army–or 1873 / Peacemaker / Model P–and its clones) don’t have these features, but most of the external hammer guns you’ll find for sale today are equipped with them.

There’s some exceptions out there (like the base pin system on the Cimarron guns), but most revolvers use one of two primary methods to accomplish the goal of preventing a discharge unless the trigger is held to the rear. For simplicity’s sake, we’ll call these the “hammer block” and “transfer bar” methods.

In the hammer block method, there’s a bar that prevents the hammer from moving fully forward unless the trigger is pulled and held to the rear.(1) The blocking piece moves out of the way when the trigger is pulled and held back, which allows the hammer to strike the frame-mounted firing pin and transfer the energy necessary to crush the primer and start ignition. On models with hammer-mounted firing pins, holding the trigger to the rear moves the block out of the way and allows the hammer to travel fully forward so that the nose of the firing pin can extend through the breechface and contact the primer.

Some variation of the hammer block method is common on Smith & Wesson revolvers with exposed hammers, earlier double action Colt revolvers, some early-model Charter Arms revolvers, Rossi revolvers, and others.

So, now that you know the proper steps for decocking an external hammer revolver, make sure you do it the proper way and teach others to do the same. That’s how a RevolverGuy operates!

It’s not hard to do it the right way, and it could save you from a world of heartache caused by a shortcut.

16 thoughts on “How To Safely Decock A Revolver”