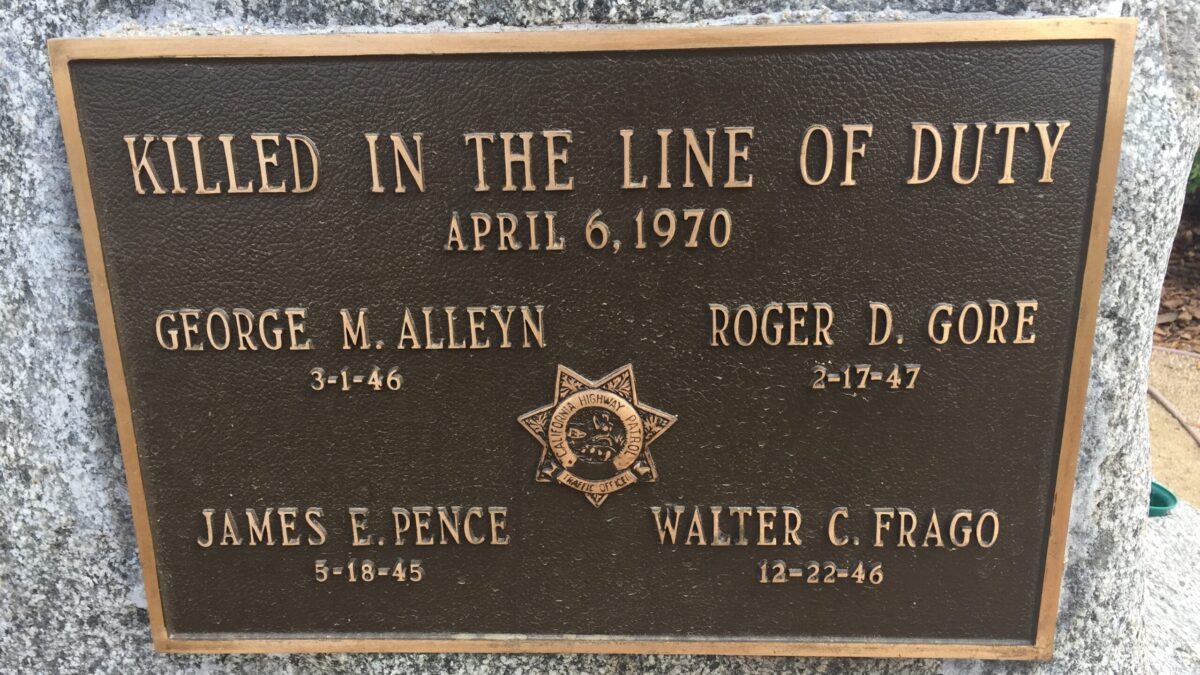 In the early morning hours of 6 April 1970,  a  fierce gunfight raged in a small parking lot off The Old Road and Henry Mayo Drive in Newhall, California. When the last echoes of shotgun and handgun fire faded, three young California Highway Patrolmen lay dead, and a fourth lay critically wounded (he wouldn’t survive the trip to the hospital).

The Newhall Gunfight was the worst day in the history of the California Highway Patrol, who had never lost so many officers in a single day. But the Newhall Gunfight had a much broader reach, which stretched beyond the edges of the Patrol itself, and touched the entire American law enforcement community.

“Newhall” would influence the tactics, training, equipment, and culture of American policing in a dramatic way. The fledgling “Officer Survival” movement of the era would get kicked into high gear as a result of Newhall, and many cops would benefit from the blood lessons taught by Officers George M. Alleyn, Walter C. Frago, Roger D. Gore, and James E. Pence, Jr.

Today, we at RevolverGuy salute these men, their families, and the brave men (including an unarmed citizen, Gary Kness, and many fellow officers) who risked their own safety to help their brothers in need and stop the killers’ escape. We recognize their collective sacrifice and pray for them all.

It’s been 50 years since the gunfire faded in Newhall, and we’re still learning the lessons from that fateful day, and working to honor the kind of debt that can never be repaid.