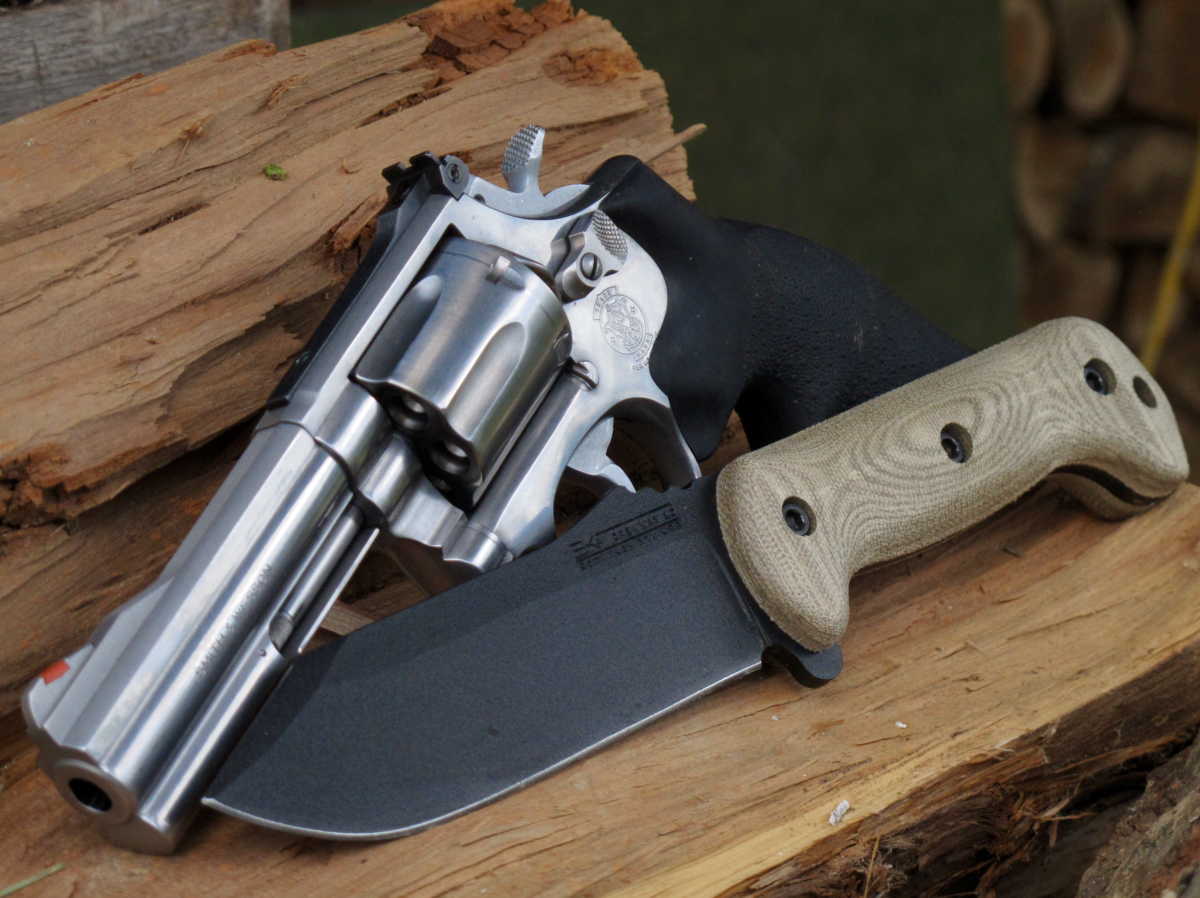 Many of the guns I have purchased have been done so with the idea of being the “last rifle” or “last pistol” I’ll ever need to buy. Of course this never actually works out in practice – something new comes along and I catch the bug. Once in a while, though, I find something that is pretty much perfect as-is, and it endures. An example of this phenomenon: the venerable Smith & Wesson 686. It is my One if I could have only one, my hell or high-water sixgun, my “gun to ride the river with.”

The 4″ Smith & Wesson 686 is the revolver that captured my imagination more than any other as a kid. Because I didn’t handle many actual revolvers as a kid, my fascination was merely due to the aesthetics of the thing. And I admit that to this day, no other revolver comes close to achieving the perfectly balanced look of the 4″ 686 (except maybe the 3″ and 5″ 686s…which still only come close). But calling a revolver perfect based on looks alone could responsibly be characterized as irresponsible. So why do I consider the S&W 686 to be the perfect revolver (and maybe even the perfect handgun)?

It’s made to shoot. The 686 is built on the L-Frame, Smith & Wesson’s medium-large revolver chassis. The L-Frame was designed to correct the weaknesses of the smaller, lighter K-Frame with a thicker top strap and heavier forcing cone, while keeping the grip the same size. A few other dimensions in the gun were increased, resulting in a revolver that is designed for hard use with full-power .357 Magnum ammo.

The mid-large dimensions of the L-Frame make the 686 heavy. This is not the worst thing. First, it soaks up recoil like a sponge. You can run the gun hard and run it fast. You can shoot any SAAMI-spec’d .357 Magnum load available, and do so with a smile on your face. The heft of this wheelgun also lends some stability when more precision is desired. In competent hands, a revolver of this size can be counted on to ring steel reliably at 100 yards or more. It is likely that it could also make an ill-intentioned rifleman of mediocre skill downright uncomfortable at similar remove. 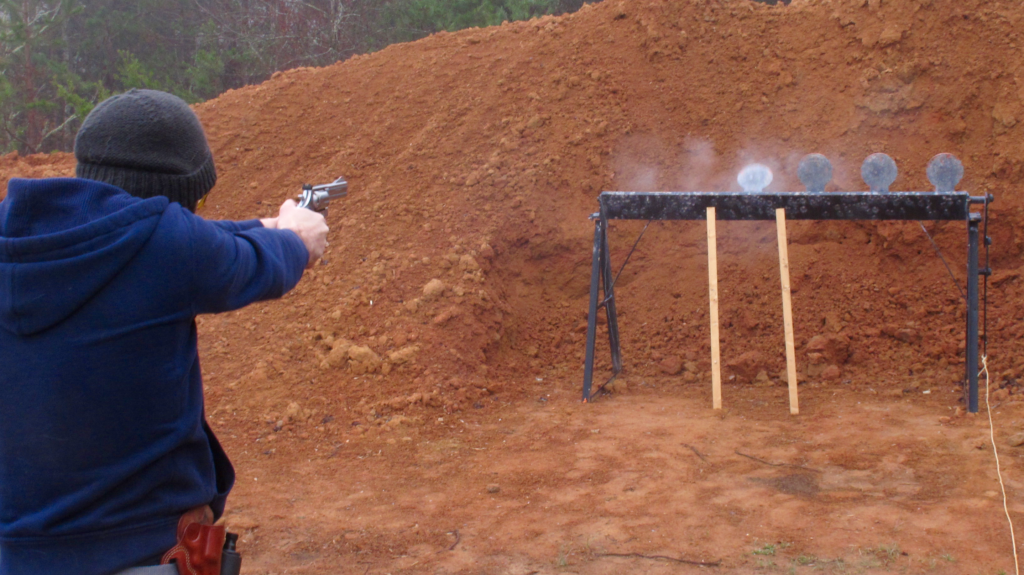 It doesn’t need modification. I have toyed with the idea of lightly customizing this revolver. But I’ve reached the conclusion that S&W pretty much did it right when they made this one. The double-action trigger is one of the smoothest and cleanest I’ve ever seen, breaking right around an even 10 lbs. Even the Hogue Monogrip that no one else likes just works for me, though I have replaced it with VZ Grips’ Tactical Diamonds. 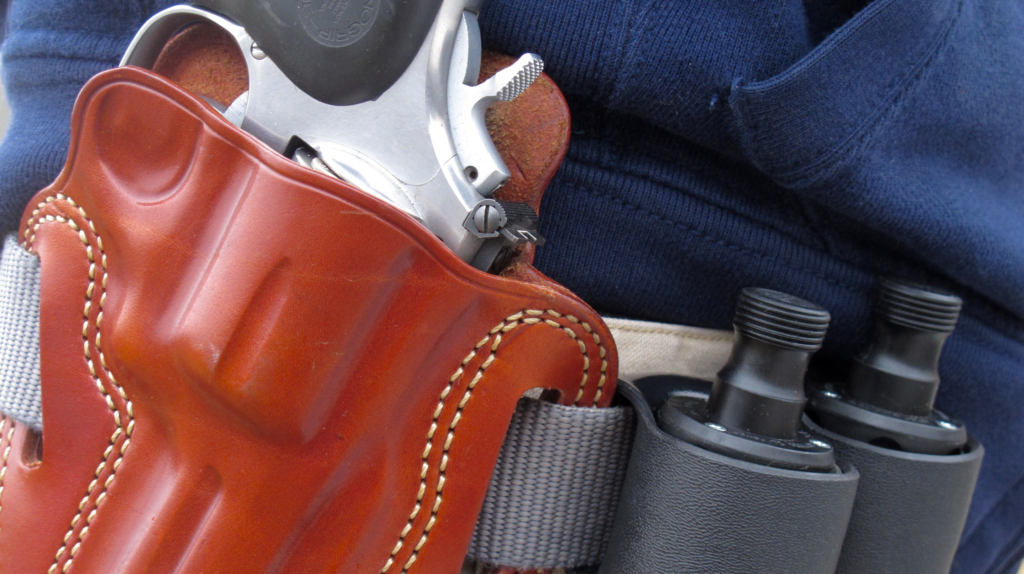 It’s rugged and reliable. It is said that a man to ride the river with is a man that can be counted on in any situation and against any peril. A revolver to ride the river with should live up to the same standard. It should be one that earns and keeps the confidence of its owner, as the 686 has and does. The Smith & Wesson 686 is as reliable a gun as I’ve every carried.

The one facet of this revolver that I have contemplated changing is the rear sight. As my “hell or high-water” sixgun, this revolver is expected to accomplish its task regardless of difficulty. The factory adjustable sights are the most visible weak link in this gun if there is one. Possible replacement candidates are the Bowen Rough Country adjustable rear sight or the D&L Sports fixed rear sight, but I have not yet committed to either. I like the idea of both, but each has a disadvantage. The Bowen cuts a slighter higher, sharper profile, and the D&L would require the gun be permanently sighted in with a specific load (probably 125-grain Speer Gold Dots). 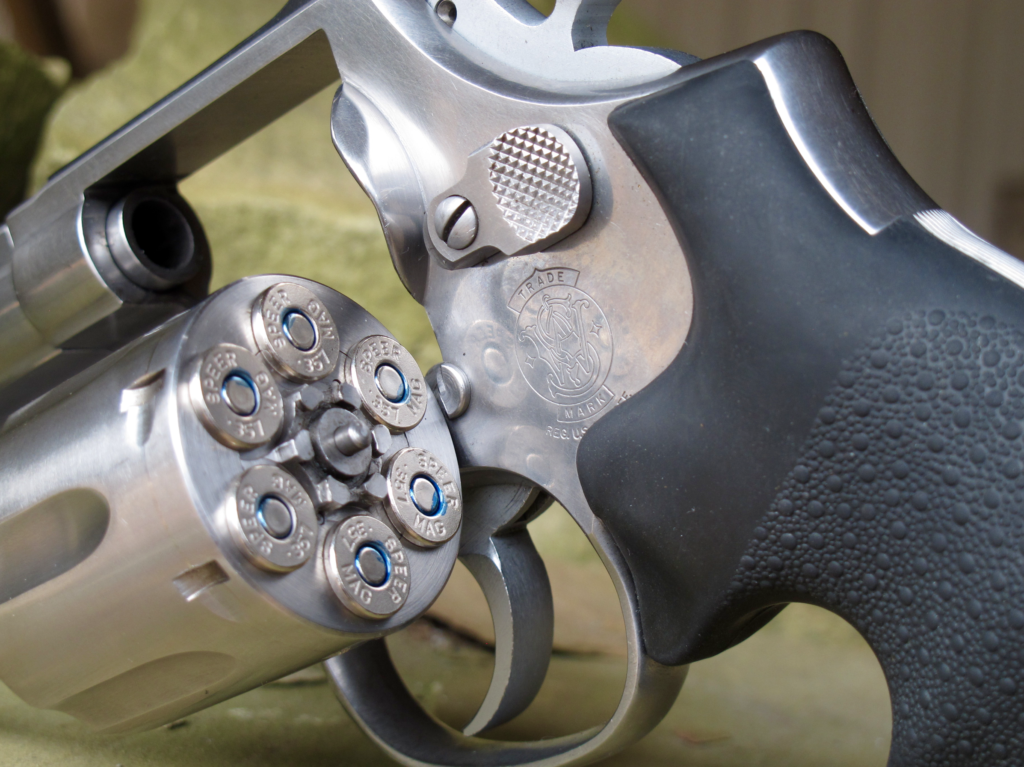 It’s versatile. This is perhaps the most compelling reason that the 686 would be the one, if I could only have one. It’s also my go-to gun for outdoor carry. Although it gets a little heavy for all-day carry, it can be carried. Though it’s a little large for concealment, it can be concealed. Though it’s a little light for predator defense, it works. Appropriately loaded for the task at hand, the 686 will do what needs to be done. It’s the minimalist’s gun: a generalist in the extreme.

As I stated earlier, if I could have only one, this would be The One. The 686 is classy, rugged and reliable, and above all, versatile. So let me hear from you: what is your “gun to ride the river with”?