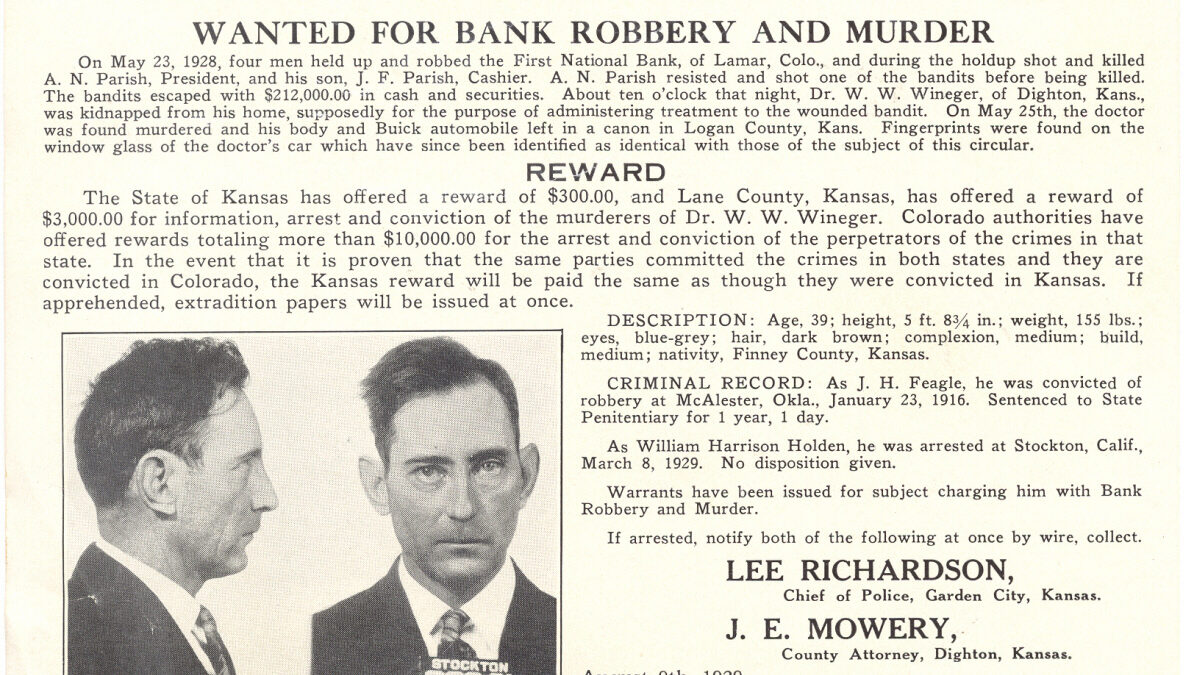 . . . thanks to a Los Angeles Police Department Detective Lieutenant.

Editor’s Note: I’m happy to introduce a new contributor to our wonderful RevolverGuy audience. Like all of our guest contributors, Tony started out as a fan of RevolverGuy, and soon became a friend. When I learned of his tremendous storytelling talent, and his exceptional grasp of law enforcement history, I knew we had to get him to write something for us! Fortunately, Tony agreed, and I know you’ll be as thankful as I am for that, after you read his inaugural piece.  Readers know that we enjoy diving into the technical details about revolvers here in these pages, and I’m proud to say that we lead the pack in this regard, but there’s a human side to the revolver story, too, and Tony is just the guy to share it with us. Enjoy! –Mike W.

This website is one of this old man’s favorite hangouts on the web, kinda like the local coffee shop where like-minded folks get together and discuss life and all that it brings. The writers on this site are all dedicated professionals.

I was recently visiting with Mike Wood and we were sharing some of our favorite stories, books and other resources. He asked me to do a piece from my life long study of crime and law enforcement history about the human side of guns and the folks who used them for bad or good. I was not sure about agreeing to his request because I don’t place myself in the same category of the fine editors and writers on RevolverGuy, but Mike is persuasive, in an understated way, so here it goes.

On Wednesday, the 23rd of May 1928 a violent bank robbery occurred in a small town in eastern Colorado that would eventually result in the deaths of four citizens and four criminals. This crime would spawn the first solution of an armed robbery through a single fingerprint, be the inspiration for characters in two national comic strips, and require a massive, multiple agency manhunt that involved a large portion of the country.

Around 1:00 p.m. on the above date, four armed robbers entered the First National Bank of Lamar, Colorado and declared a hold up. Bank President Amos Parrish kept a revolver in his desk drawer for just such an occasion. He called the .45 caliber, Colt Single Action Army “Old Betsy” and claimed it had been given to him by Frank James, the Missouri outlaw.

Parrish fired his first round at extreme close range striking one robber near the mouth. The Colt SAA had a misfire on the second attempt and before the third, Parrish had been shot twice in the head with a .44 Special by the robber he had wounded, so his third round struck the ceiling.

John Parrish, the bank’s cashier and son of Amos Parrish, turned and moved toward the wall mounted telephone and was shot through the heart with a .38 Special by the one of the bandits.

After the death of the two bank employees and the wounding of the gang member, an attempt was made to gather up cash. In the meantime, two rifles were brought in from the car by one of the gang members. The robbers decided it was time to vacate the premises and did so, taking two bank employees with them as hostages/shields. They fled down Olive Street in their blue Buick. Shortly after they fled, Prowers County Sheriff, Lloyd Alderman arrived and he, accompanied by a citizen, started in pursuit. They soon found one of hostages who had been released by the side of the road. At a nearby creek crossing the robbers stopped and fired upon the sheriff with rifles. As he was only armed with a revolver and shotgun his return fire was ineffective. The rifle fire partially disabled the sheriff’s vehicle and the robbers made good on their escape.

An intense, local area manhunt ensued using technology such as aircraft and commercial radio stations. At this time, the authorities had no identification of the robbers.

Doctor William Wineinger, in Dighton, Kansas, was called out from his home to render aid to an injured farm hand. In reality, the “injured farm hand” was the wounded robber. When the doctor failed to return from his appointment, he and his car were added to the ongoing searches. One of the aircraft in the search reported seeing the doctor’s car in a ravine north of Scott City, Kansas. When officers on the ground arrived, Dr. Wineinger was found near the car, dead from a shotgun wound in the back of his head.

The attempt to identify the gang continued with no shortage of suspects. The national pastime during these decades seemed to be bank robbery, instead of baseball. A total of 58 men had been arrested for involvement in the robbery–none were the robbers, but 25 of them were wanted for other crimes.

On June 12th, the body of Everett Kissinger, the missing bank employee who was kidnapped, was found in an abandoned house near Liberal, Kansas. He was victim number four.

Several robberies of banks, post offices and trains occurred in California around this time. In early 1929, suspicions were focused on a woman and two men in Stockton, California. They were picked up, interviewed, fingerprinted and released with no charges. Their prints, like all others, were sent to the forerunner of the FBI, which was known at that time as the Bureau of Identification. The Bureau identified one of the men picked up in Stockton as Jake Fleagle. He was then identified as the person who left the print on Dr. Wineinger’s car.

After continued investigations, the Lamar robbers were identified as Jake and Ralph Fleagle, Howard Royston, and George Abshire. By August of 1929 all but Jake were in custody. By the fall of 1929 all three had been tried, convicted and sentenced to hang. During the appeal process Jake wrote a letter to the Governor of Colorado asking for mercy for his brother. Little did he know that his distinctive writing would lead to his own death.

The trials and convictions of Ralph Fleagle, Howard Royston, and George Abshire occurred in the fall of 1929. The three robbers were executed shortly thereafter, in July of 1930. Today, capital crimes usually require 30 to 35 years from conviction to completion of sentence–perhaps the definition of “swift and speedy justice” has changed since 1930?

Now, only Jake remained. Letters from Jake to his ex-wife, and to other criminal associates, which were written in his distinctive script, led the manhunt to concentrate its focus on the railway mail service along Missouri Pacific’s White River Line, from Arkansas up into Missouri. Another letter to one of his associates, inviting him to join Jake in the robbery of the bank at Yellville, Arkansas, was intercepted by Investigators. In the letter, Jake instructed his henchman to meet him in Branson, Missouri, on the 14th of October, 1930.

As Jake boarded the train at the Branson Depot that morning, at 7:00 a.m., he was met by numerous officers. Lieutenant Harry Wilde of the Los Angeles Police Department, accompanied by his partner, Lieutenant C. A. Lloyd, and Kansas City Police Department Officers King and Nelson, approached Jake and called for his surrender.

Jake attempted to draw his revolver from a holster worn on his left side. Wilde shot Jake in the body, and he was arrested. He was carried off the train and moved to a hospital in Springfield, Missouri, where he died the next day. Justice had been served on the Lamar Bank Robbers!

The Donald Duck Disney cartoons featured the “Beagle Brothers Gang,” robbing banks and trains. Another popular cartoon, Lil’ Abner, by Al Capp, featured a bad guy by the name of “Evil Eye Fleegle,” who would put the double whammy on his victims with his evil eye. I don’t believe the names were chosen to glorify the crime, but rather to use a name that was prominent in the national conscience at the time.

Remember, without the certainty of punishment, there is no deterrent to crime!

Tony is a native of the Arkansas Ozarks. He started in law enforcement in 1976, and worked for two municipal police departments. In his last job, Tony worked as a State Park Officer for 32 years. Tony was a Firearms Instructor at two of the agencies, and received an FBI letter of Commendation for his role in the capture of an FBI Top Ten fugitive. Tony has researched and documented line of duty deaths in Arkansas for over 25 years, has served as a historical consultant to the U.S Marshal's Service since 1983, and has served as a guest curator at the Old State House Museum, for the award-winning exhibit, "Badges, Bandits & Bars: Arkansas Law & Justice." Tony has been a speaker, for over 30 years, on the History of Crime & Law Enforcement to museums, civic organizations, historical societies and law enforcement groups. He has also appeared on The History Channel, in "The History of the U. S. Marshal's Service." Tony is a Life Member of the NRA and a dedicated revolver aficionado! He does have a couple of Browning Hi Powers, though! View all posts by Tony Perrin

26 thoughts on “The Day the Bank in Yellville, Arkansas was NOT Robbed . . .”