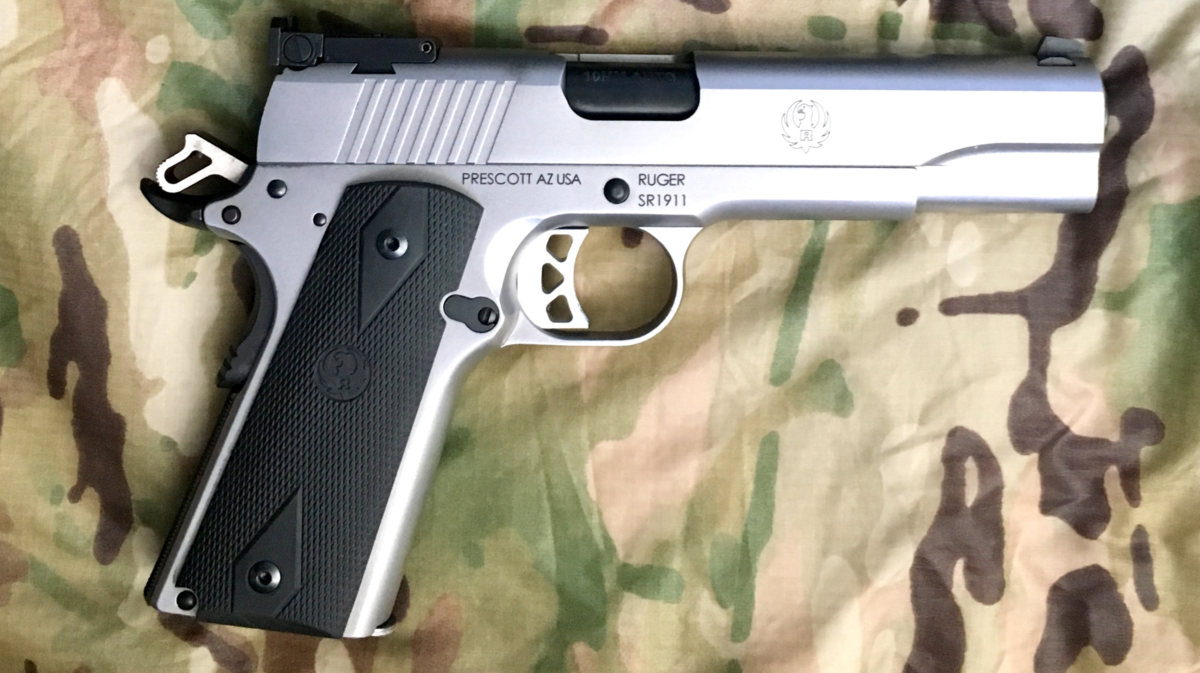 It seems that the traditional double-action/single-action semi-auto is enjoying a period of rediscovery by Gun Culture 2.0. Though the striker-fired semi-auto is still the king, some very knowledgeable firearms personalities are carrying Berettas, CZs, and even old all-metal S&Ws.

The impossibility of mastering the transition from a heavy DA trigger pull to a short, light SA pull, we have learned, has been greatly exaggerated. Safety configurations that were completely unappreciated until recently like “decock only” have become fairly commonplace. Concurrently, we’re seeing the increasing popularity of gadgets like the striker control device on Glock handguns. What are we to make of this trend?

This trend is  closely correlated to the popularity of appendix carry. Appendix carry has a ton of benefits: it allows you to access the gun with either hand, surreptitiously get your hand on the gun early, and defend the gun in a physical altercation. Appendix carry also conceals a bit easier for some than strongside carry, and is faster on the draw. But it also comes with a downside. The gun’s muzzle is pointed at some pretty critical areas, including one’s genitalia and perhaps a femoral artery, especially when the wearer is seated. The longer, heavier trigger of the traditional DA pistol offers a perceptible margin-for-error when reholstering. So does the ability to check and/or control the movement of the gun’s hammer.

When first exposed to the idea of carrying a DA/SA gun for the stated reasons I was unimpressed. Safety, I thought, was just a matter of reholstering thoughtfully. Finger in register, well outside the trigger guard, clearing any clothing, and “looking” the gun into a well-designed holster. I held this belief until I switched from carrying a DAO revolver to carrying a M&P Shield. Overcoming the holster’s tension to seat the gun was a nerve-wracking experience. At that moment I began to appreciate the appeal of guns that offer a bit more manual control over of the cycle of operations.

I thought about this a little bit more; some notable shooters carrying DA/SA guns shoot a LOT. Guys like Chris Baker are hitting the range several times per week. The sheer number of repetitions increases their statistical risk of a fatal attention lapse. But what about guys that don’t shoot this much? They probably fall into a higher risk category because the lack the experience of guys like Chris. It seems like a Catch-22 for which the DA/SA pistol is seen, at least by some, as the antidote. I think some shooters will shortly begin to remember – or recognize for the first time – the virtues of the 1911.

The 1911 would seem to be purpose built for performing massive repetitions of appendix reholstering. Old slab-sides has three safeties, two of which are designed into the gun, and one of which is incidental.

The first safety on the 1911 is the most visible: the thumb safety. The 1911’s safety is nearly perfectly designed. Though I can shoot a Beretta reasonably well, its safety is backwards. Sweeping up is an unnatural action. The safety on the 1911 goes the “right” way: down. When presenting the gun with a high, firm grip a trained shooter’s thumb will easily find the safety and depress it downward. Keeping one’s thumb there helps to maintain a high, firm grip, provides some leverage against recoil, and ensures the safety doesn’t get bumped back on during firing. 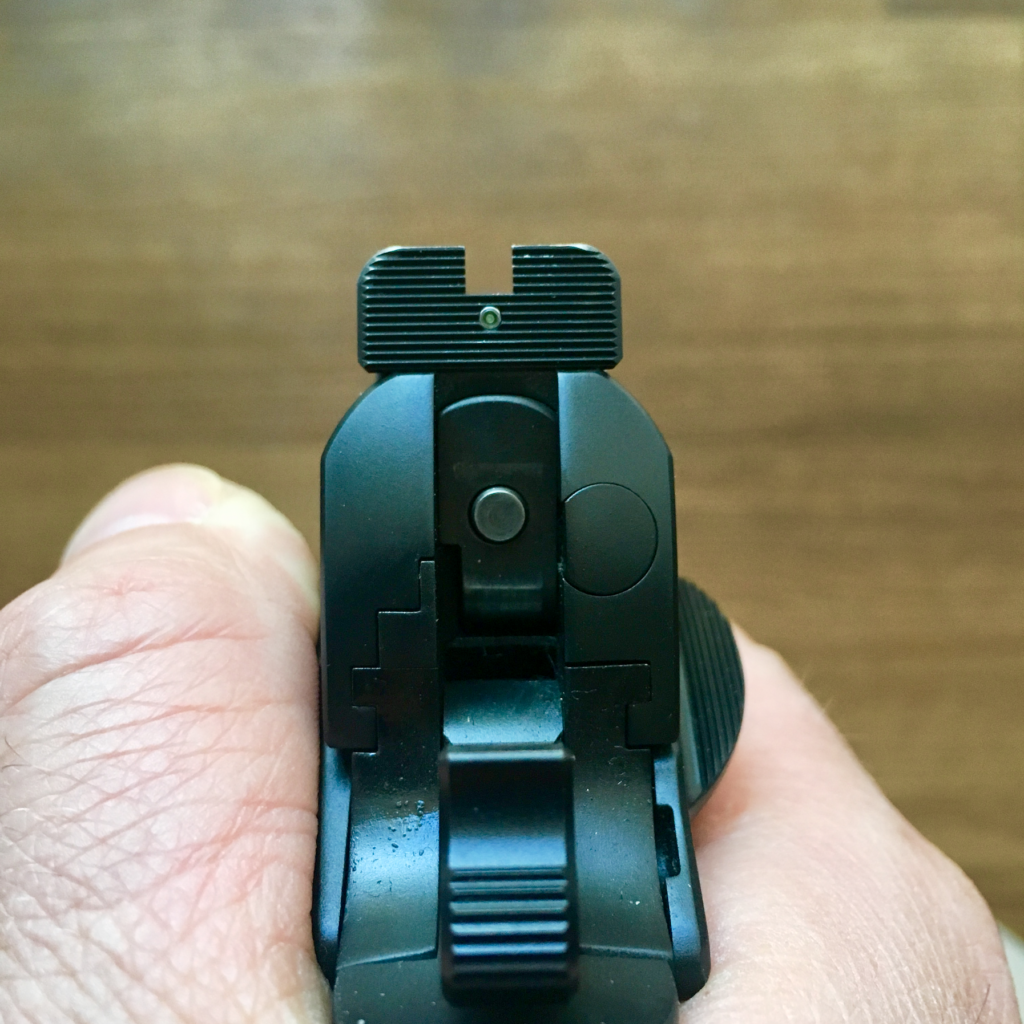 A well-fitted 1911 thumb safety is also easily re-engaged when it’s time to holster up. Simply replace the firing hand’s thumb from top to bottom and push up. That’s it. Now, there is always the possibility that one will forget to replace the 1911’s safety before reholstering (though to be fair, there is also the possibility of forgetting to decock a DA/SA gun). Fortunately with the 1911 design, there are some backup mechanisms we can depend on to keep us safe. One of these is a well-designed 1911 holster; some Kydex holsters feature a bump that will actuate a 1911s thumb safety. But if we’re already in the process of holstering, we’re already at risk, so let’s look at the next mechanical safety.

The 1911’s grip safety provides a redundant measure of protection when reholstering. I’ve found this to be especially true when using an appendix holster that holds the gun very close to the body. The hand is encouraged to loosen the full firing grip in order to get the gun close the to body and the muzzle safely into the holster. With some training it becomes second nature to release the grip safety (but still maintain a firm hold on the gun) while reholstering. This gives me a bit of peace of mind in knowing that if under a moment of extreme stress I forget to engage the thumb safety, the grip safety still provides a layer of protection. 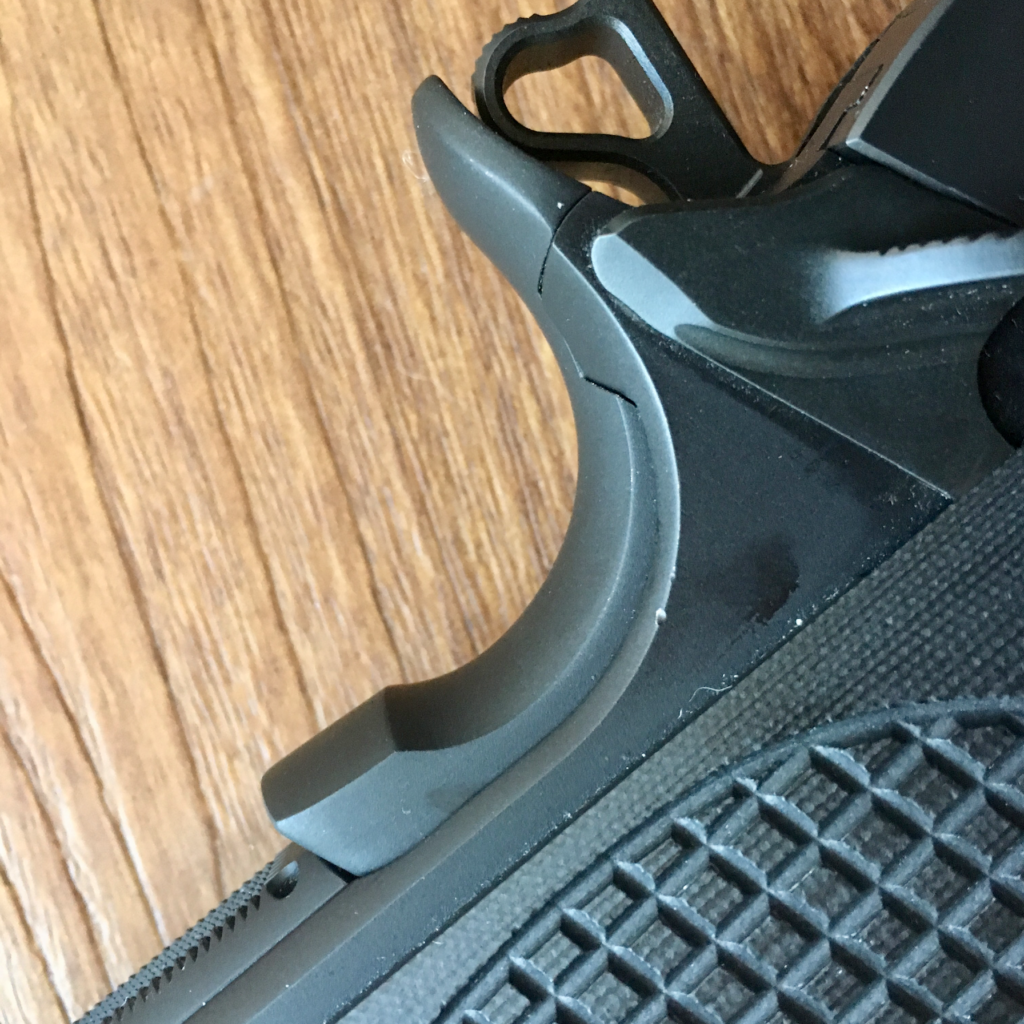 The third and final safety offered by the 1911 is an incidental safety. When reholstering, one has the ability to manually control the hammer. Of course, this is a behavioral modification that is subject to screw-ups – exactly the type of thing the mechanical safeties on the 1911 can help us prevent. However, training to “thumb check” the hammer upon reholstering can myelinate this pathway and make it second nature. In something of a happy accident, adjusting one’s firing hand to control the hammer also takes the hand off the grip safety – a sort of “belt and suspenders” approach. 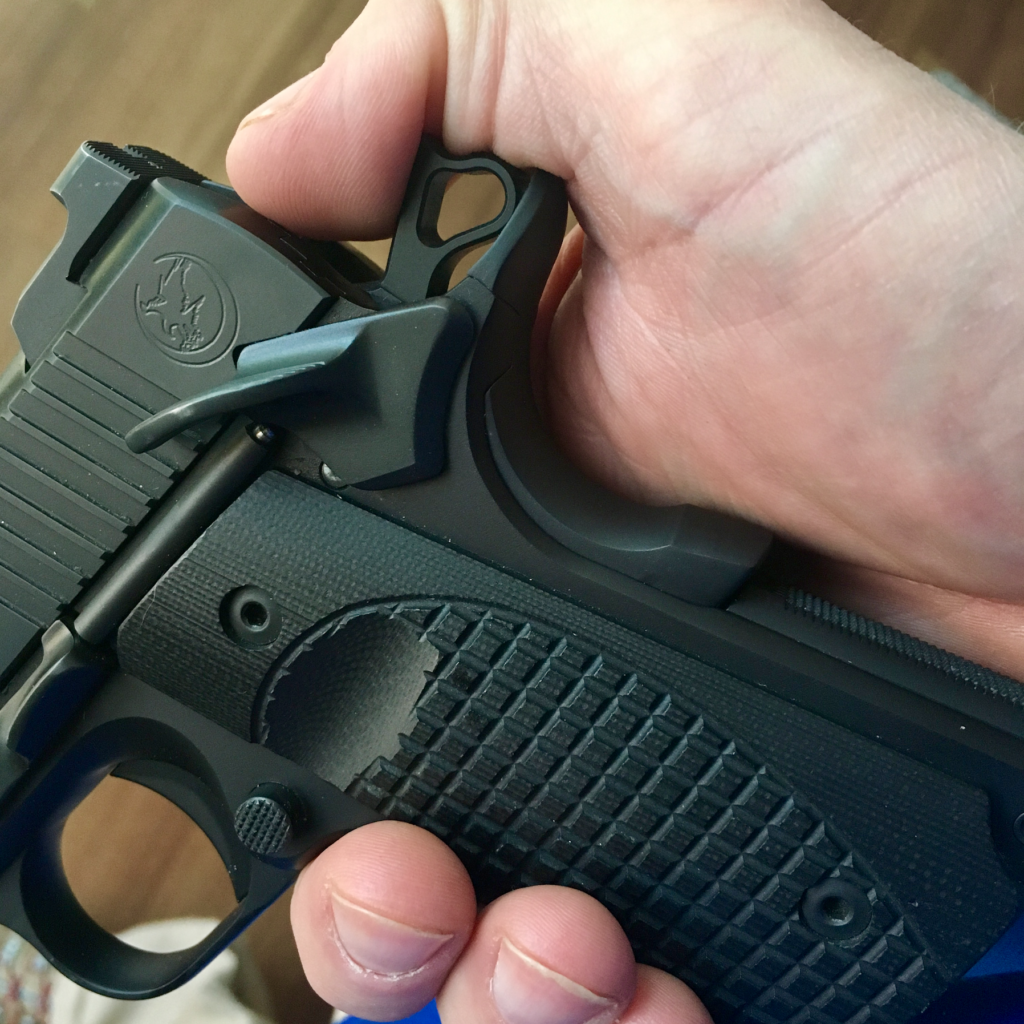 Mechanical safeties are no replacement for mindset. No mechanical implement can replace attentiveness and skill on the part of the user. However, mistakes do happen. People get tired, cold, and hungry. Vast numbers of repetitions can sap one’s attention, and perhaps dull one’s respect for the lethal power that is organic to a handgun. One misstep is all it takes. Mechanical safeties, long triggers, striker control devices are merely an addendum to our own attentiveness to safety. But, I would contend, they are a meaningful addition.

The 1911 isn’t going to the declared the “Glock Killer” anytime soon, and I’m not proselytizing for it. Clickbait title aside, what goes around comes around. It wouldn’t surprise me at all if the 1911 sees yet another era as the darling of the knowledgeable shooter. . . or at least a pretty big subset of those shooters. The safety features of the 1911 were a huge incentive leading me back to this platform, and they’ll probably appeal to some other shooters as well.

There’s some other benefits to the 1911 that poise it for a similar discovery by a new generation of shooters. I may detail these in a Part II. Stay tuned.