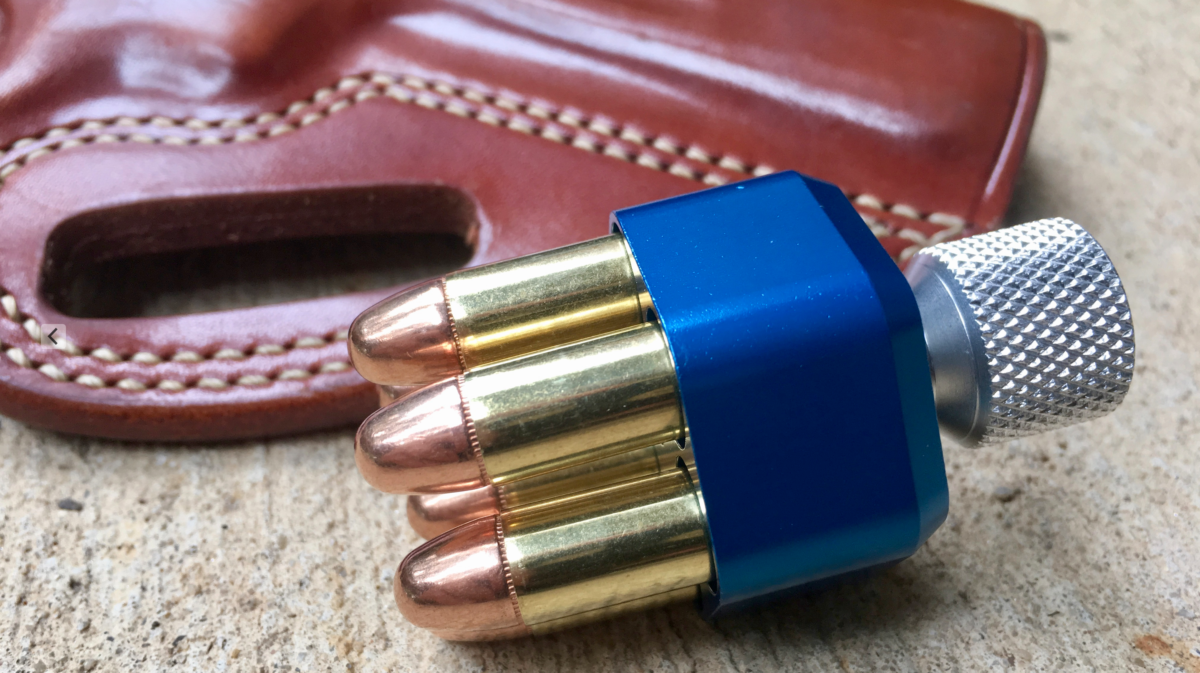 It has been quite some time since I’ve written about a new speedloader. I thought I’d just about covered everything that’s out there on the market. Turns out there are a couple of new products popping up. Today I’m going to talk about the new Pachmayr Aluminum Competition Speedloader.

Pachmayr introduced these loaders at the 2018 SHOT Show. At first glance they don’t really offer anything new – they seem to be just a nice looking “twistie” speedloader. Turns out there’s a little more to the story than that, however. The Pachmayr Aluminum Competition Speedloader is nicely constructed of machined aluminum.

The Pachmayr Aluminum Competition Speedloader has three features that differentiate it from anything currently on the market. The first is the large, knurled knob. The HKS knob is knurled, but in my opinion, its size isn’t ideal for use under extreme stress. The Pachmayr loader’s knob is substantially larger, both in diameter and length. Though this might make it slightly more difficult to conceal, I believe this is a good trade-off. 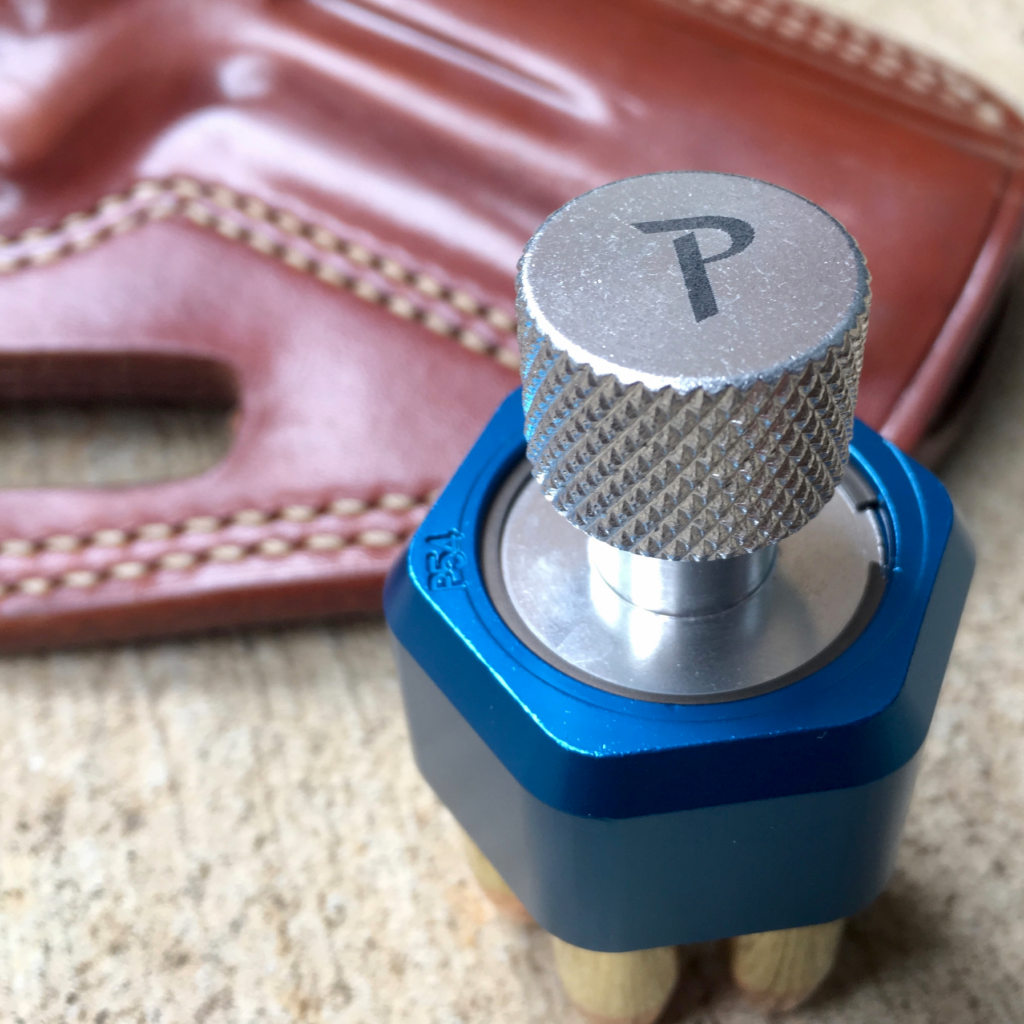 The second interesting feature of the Pachmayr Aluminum Competition Speedloader is the unique shape of its body. Rather than being round like most loaders, the Pachmayr loader body has conspicuous flats This is because this creates the smallest possible diameter. This aids in concealment and more importantly (in my opinion), in getting the loader around a gun’s grips.

The third interesting feature about this loader is the rubber O-ring in the top of the loader body. When cartridges are inserted and secured, the cartridge heads are forced tightly into this ring. This prevents the annoying jangling of cartridges. It also aids in loading by making sure the cartridges are held rigidly in place. I am not a fan of “drooping” cartridges in a speedloader, though they may be helpful if the loader can’t address the cylinder in a perfectly straight line (due to grip interference, for instance). The O-ring neatly solves this issue. 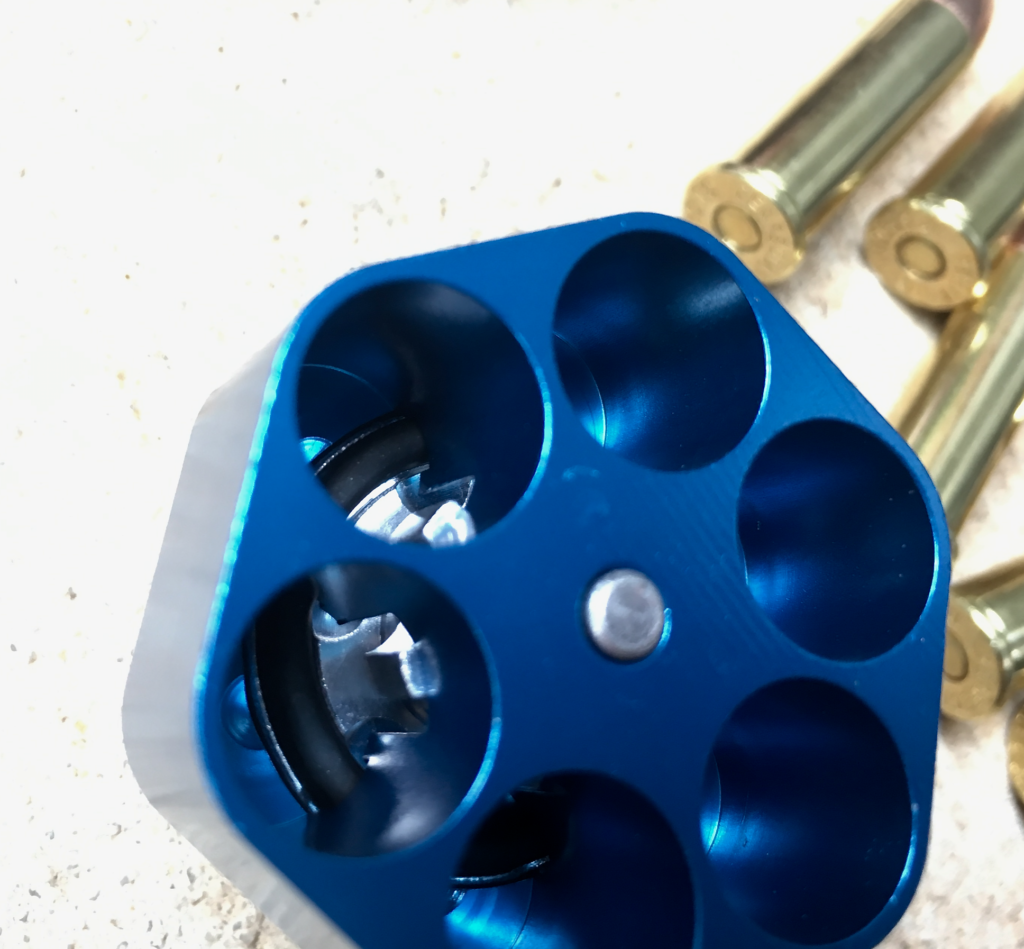 There’s no magic here, folks. Invert the aluminum body of the loader. Drop in the appropriate number of cartridges. While ensure that the cartridges are fully seated, rotate the knob firm in a clockwise direction. They will lock into place, and your loader is ready to go. 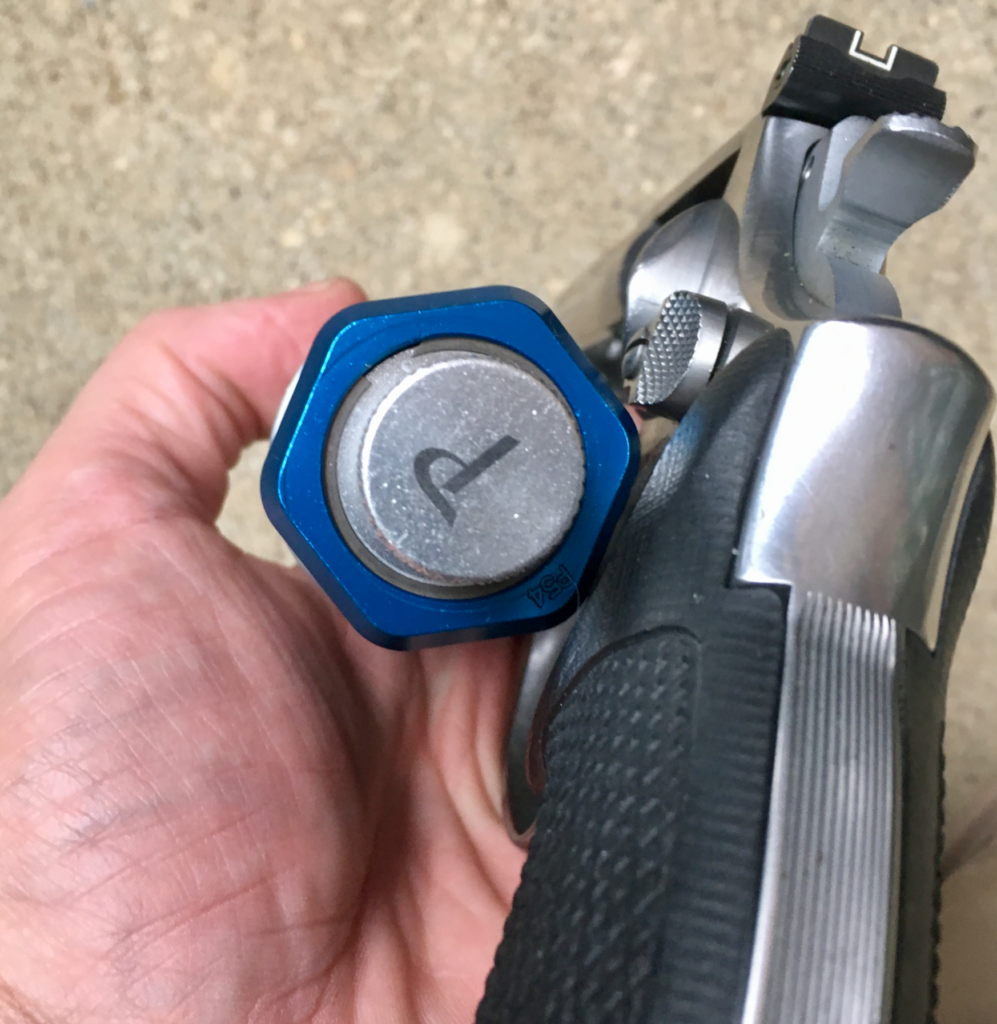 For this evaluation, Pachmayr sent me one 6-shot, L-Frame sample and one 5-shot, J-Frame sample. I used both, both at home with snap caps and on the range with live ammunition. Overall they work pretty well. However, the release knob requires a substantial amount of force to actuate. I believe this to be mostly due to the O-ring as it places a good deal of tension on the cartridges. On my 686 this is a complete surmountable issue – just twist harder.

With the J-Frame variant, “twist harder” is easier said than done. Because there is precious little space between the loader’s knob and the grip, I found it incredibly difficult to twist the knob and release the cartridges. 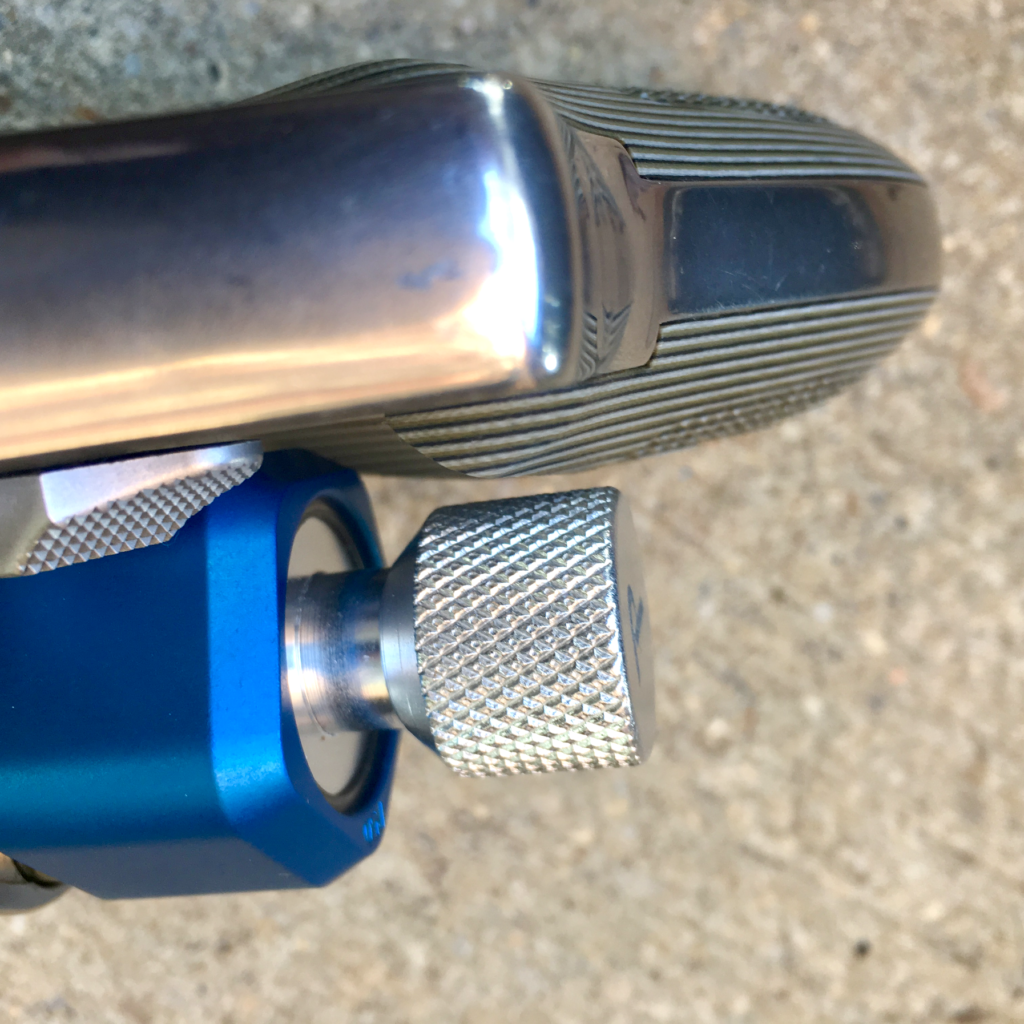 I’ll be honest – I want to like this loader. I like to support revolver-related products because wheelguns are the overlooked stepchild in the firearms aftermarket. However, I don’t think I’ll be buying any of these anytime soon. First, they don’t fit a huge assortment of guns; currently three models are available and are sized to fit S&W J, K, and L-Frame revolvers. That’s cool, since these are the most popular on the market, but that also excludes a lot of revolver shooters.

Next, the Pachmayr Aluminum Competition Speedloader is a “twistie” loader. I am not a fan of such loaders because they require two discrete motions in two discrete directions: inline to seat the cartridges, then a second, circular motion to release them. The difficulty in actuating the knob was the deal-breaker for me. However…

If you’re in the market for a high-quality, well-made speedloader of this style, you could do a heck of a lot worse. At around $20 apiece they aren’t quite as expensive as a JetLoader, and thanks to their polygonal body, they’re a little more compact. At the risk of repeating myself, these aren’t for me, but you might chalk that up to my personal bias because they certainly aren’t a bad loader.