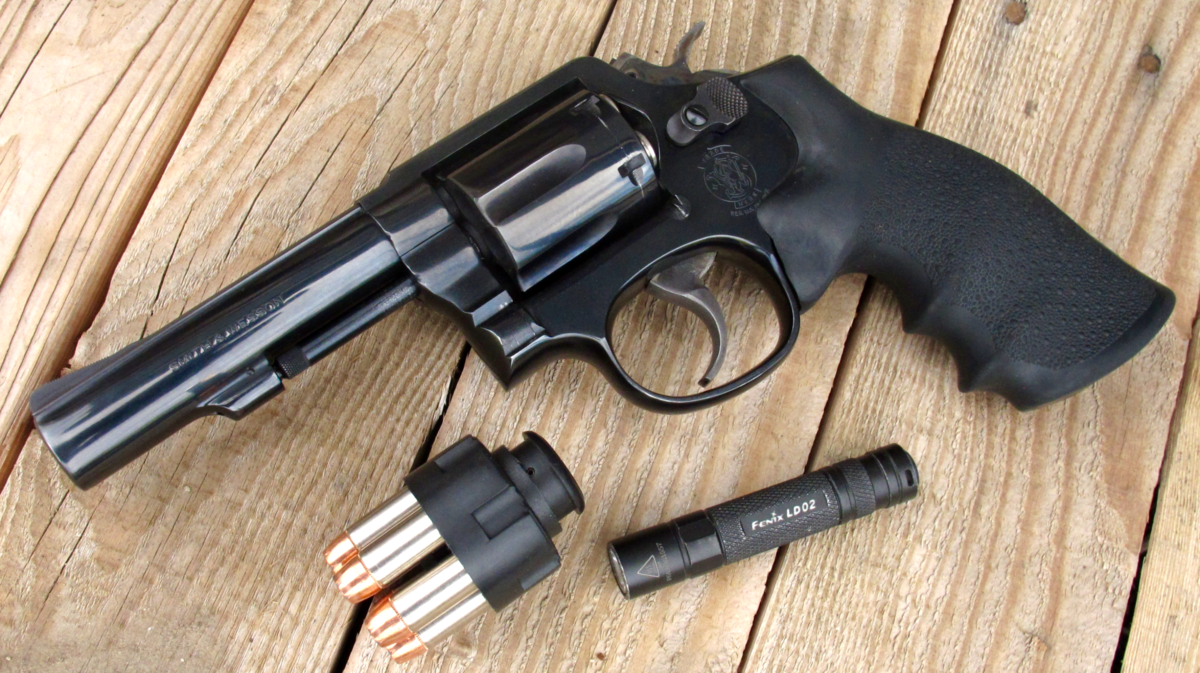 If you’re a Revolver Guy, you’re probably a pretty serious student of handgunnery. We can acknowledge to each other that there are a couple different categories of shooters out there. There’s guys like us that dry practice all the time and run through several thousand rounds a year. Guys that know what their carry gun will do at 100 yards and have sore knees from crawling around in gravel looking for that sixth piece of brass. You guys and gals aren’t the group I am concerned about. If you want to carry a revolver, a 1911, a DA/SA gun, or… well, whatever blows your skirt up, you won’t get too much argument from me. You know pretty well what you’re doing and I won’t pretend to know better than you what works for YOU.

Then there’s that other group of shooters. We all know them. The ones that buy two boxes of ammo: a box of hollowpoints and a box of ball, and consider it “enough”. You know, the ones that annoy you by calling it a clip, and ND staples into their fingertips because they haven’t hung enough targets to know not to hold ’em like that? At this point it might sound like I’m being condescending, but I’m not. I’m being a little lighthearted, but something happened in my own life recently that made me very concerned for this group of gun owners and carriers. I have a few of these individuals in my life that I care about greatly, and want to see safe and protected. It is for this reason that I present my case for revolvers for non-shooters.

Are Revolvers the Solution?

Before we talk revolvers, let’s talk about semi-automatic handguns a little. The text messages depicted in the image below originated with a friend asking me about the condition of her Sig Sauer P938. Though she does not carry, this individual has a concealed carry permit and has attended at least two, day-long, woman-only shooting classes that I know of. But those were so long ago that she can’t even remember which way the safety on her gun goes. 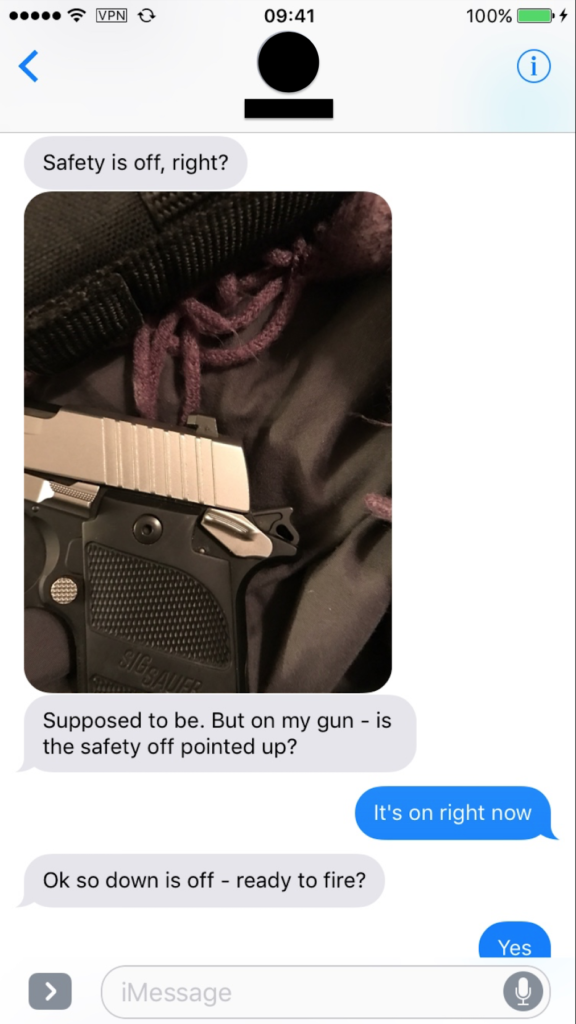 When I received this message I felt that investigating a  little further was a reasonable response. It turns out that she had seen a “sketchy” guy in her neighborhood and felt like it would be a good idea to go ahead have her gun handy. I can’t fault her for wanting to feel safe in her own home. However, if she can’t remember which way the safety goes, is the gun really making her safer, or just making her feel safer? And what else is she forgetting?

One seriously doubts that she could unload and clear the weapon if necessary. One further doubts she could employ it to great effect, especially considering she isn’t confident in the two positions of the safety. It is also possible (terrifyingly so) that she has been handling and possibly carrying this single-action semi-auto with the safety disengaged. And we haven’t even addressed the fact that this little aluminum-framed 9mm is a handful. Is this, or any semi-automatic handgun, really the best choice for her?

I don’t think revolvers are right for everyone, but would this woman (and others like her) be better served with a revolver? I contend that the answer in this case is unequivocally “YES.” To say that this individual has fired 250 rounds in the last five years is extremely optimistic. A revolver might be the right choice, but it requires the right revolver. The S&W 637 shown below is pretty much exactly the wrong revolver to put in the hands of a non-shooter. The extended Crimson Trace grip on the gun is the the sole feature to recommend it. This gun is an expert’s carry gun or backup piece – not a home defense gun for a non-shooter. It is too light, smaller than it needs to be, and has a very difficult trigger.

A suitable revolver (in my opinion) would be all steel, have a 3- to 6-inch barrel, and be made by a reputable manufacturer. Capacity would ideally be six, but I would settle for five in a case like this. A K-Frame Smith, or a Ruger SP101 would be my go-to firearms for people in this category. Even even an appropriately-loaded Kimber K6S would be better than the aforementioned Sig. Ideally such a firearm would also be double-action only. 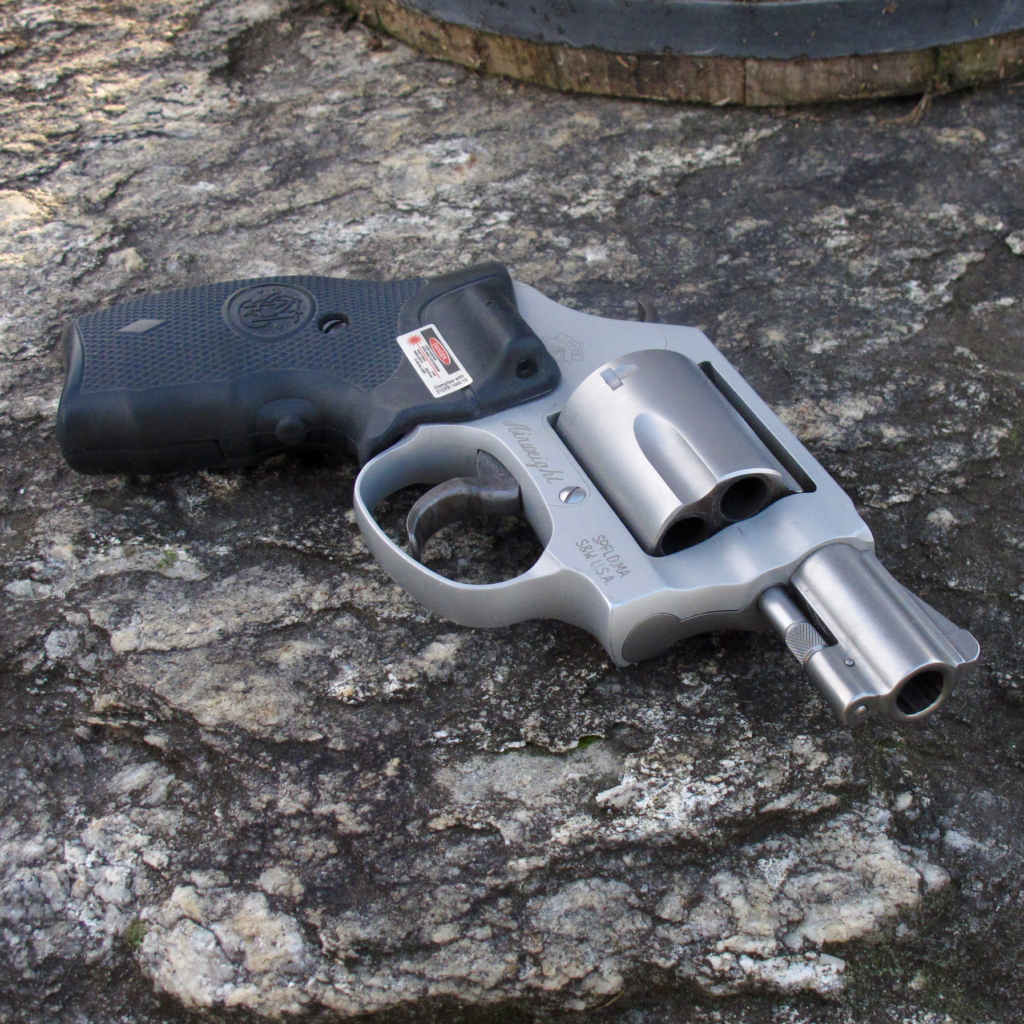 Why do I feel this way about revolvers for non-shooters?

Advantage #1: The main merit of the double-action revolver is simplicity. The safeties, takedown levers, decockers, magazine releases, slide locks/stops/releases (as you prefer to refer to them) that are so familiar to you and me are absent. These gizmos are not second nature or self-explanatory to the novice. It is easy for enthusiasts like me to get into a feedback loop and assume that my knowledge is common knowledge. This is not the case.

Advantage #2: It is extremely easy to determine if a revolver is loaded or unloaded. A quick look is all it takes. It’s also really easy to unload a wheelgun, and there’s no round in the chamber to be forgotten. It’s an easy process: open, dump. Are rounds still there? Repeat step #2 as necessary until no shiny stuff is in the cylinder.

Advantage #3: Operating the double-action revolver does require dealing with a long, heavy trigger pull, falling somewhere between 8 and 12 lbs. I believe this is a good thing. Pulling this trigger inadvertently is much more difficult than doing the same on a Glock or M&P.

Advantage #4: Another pretty important reason revolvers for non-shooters is a good idea: they handle neglect well. If that revolver isn’t pulled out of wherever it is stored for a period of months numbering in the triple-digits, it will mostly likely work just fine. A semi-auto might, too, but I’d put my money on the revolver.

Advantage #5: Since most non-shooters aren’t going to test their defense ammo, this one is pretty important, too: revolvers aren’t ammunition sensitive. If it fits in the cylinder you can pretty much count on it working. I wouldn’t trust a semi-auto with ammo I hadn’t tested in it, but I’d be ok with an untested revolver/ammo combination.

It would be disingenuous to ignore the disadvantages of a revolver. I do believe they are strongly outweighed, but let’s get them out in the open.

Disadvantage #1: The biggest problem I see with most revolvers is the temptation to cock the hammer. In the hands of the shooter mentioned here, this creates an extremely dangerous situation. Because of the perception of the trigger being long and heavy, the shooter may attempt to “fix” it by cocking the hammer. This is a problem. Does she know how to safely decock it? Probably not. Does she realize the potential for negligently discharging the gun with the hammer cocked? Again, probably not. This can be avoided with a bobbed hammer or DAO revolver, but mid-sized DAO wheelguns are few and far between. 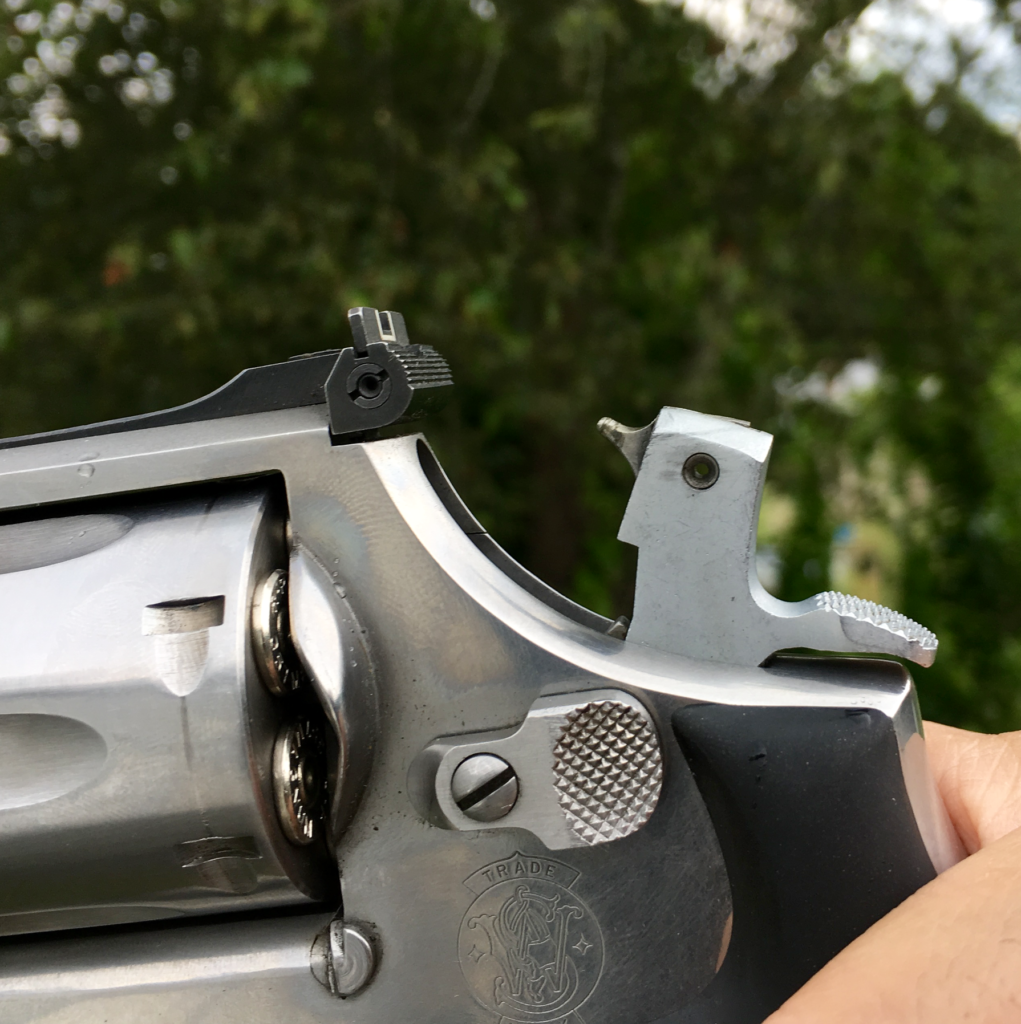 Disadvantage #2: The most obvious disadvantage of the revolver is capacity. But is this the biggest problem a shooter of this experience- and skill-level faces? I believe that in this instance the ability to produce a firearm – ANY firearm – and not be a danger to self  or others in the meantime is the more pressing concern.

Disadvantage #3: Unless you buy a revolver with adjustables, the sights aren’t going to be anything to write home about. The good news: you can easily add a Crimson Trace laser grip to most modern revolvers… Assuming you can convince the non-shooter to spend a cash on them.

Disadvantage #4: The long, heavy double-action trigger. Yep, this one made both lists. People with weak hand strength or injuries may not be physically capable of manipulating the DA trigger. If this is the case, the revolver is obviously contraindicated. Those with weak hand strength may find the DA trigger difficult to pull, and resort to disadvantage #1.

The real answer to this problem does not lie in hardware. The real answer is training and mindset. Individuals like this should invest time in learning their firearm, and time maintaining that knowledge. And it wouldn’t take a whole lot. Ten minutes of dry practice once or twice a week following one of her days of training would put her far ahead of her current curve. But that’s the answer few seem to want to hear.

A revolver is not a magic, end-all/be-all solution. In fact, it isn’t a solution to many of the problems inherent in this issue at all. It won’t turn a non-shooter into an expert and it won’t make up for unsafe gun-handling. However, if the individual doesn’t touch the gun for three years, he or she will likely still know how to load it, shoot it, and make it safe. And that long, DA trigger makes me feel better than that of a striker-fired or SA bottom feeder. If you run across an individual like this, steer them toward a SP101 or that used Model 64 on the bottom shelf. It’s not as sleek or sexy as that $650 Sig, but I believe it will serve them better.

12 thoughts on “Contradicting Myself: Revolvers for Non-Shooters”