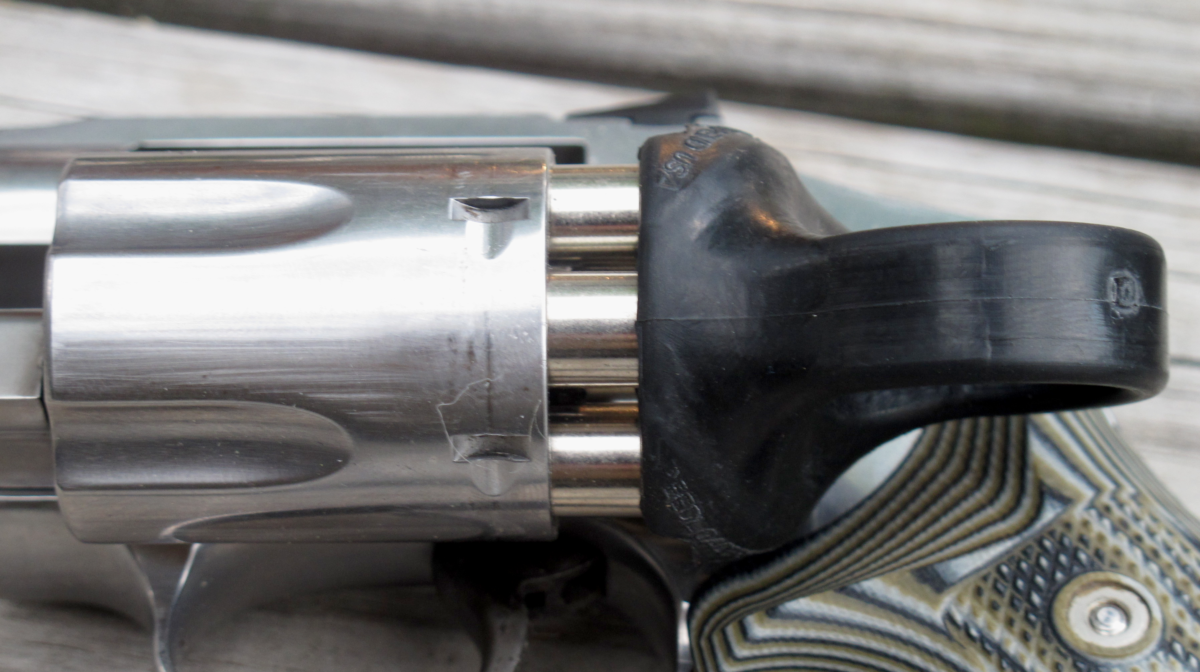 I recently had the opportunity to work with the Maxfire Speedloader a bit. I have been curious about this loader for a while as it offers a somewhat novel approach to the problem of reloading a wheelgun. When Mr. DuVernay sent his package of speedloaders to me to compliment Mike’s classic speedloader article, he also enclosed a MaxFire exemplar. One of my favorite adages is, “in theory, theory and practice are the same. In practice, they’re not.” In theory this is a pretty good speedloader…

The MaxFire Speedloader is exceedingly simple. It consists of a single piece of molded plastic with no moving parts. The texture is rubbery and, for lack of a better word, grippy. The loader consists of an oversized finger-ring on the top, and tiered slots for cartridges on the bottom. So far, so good. 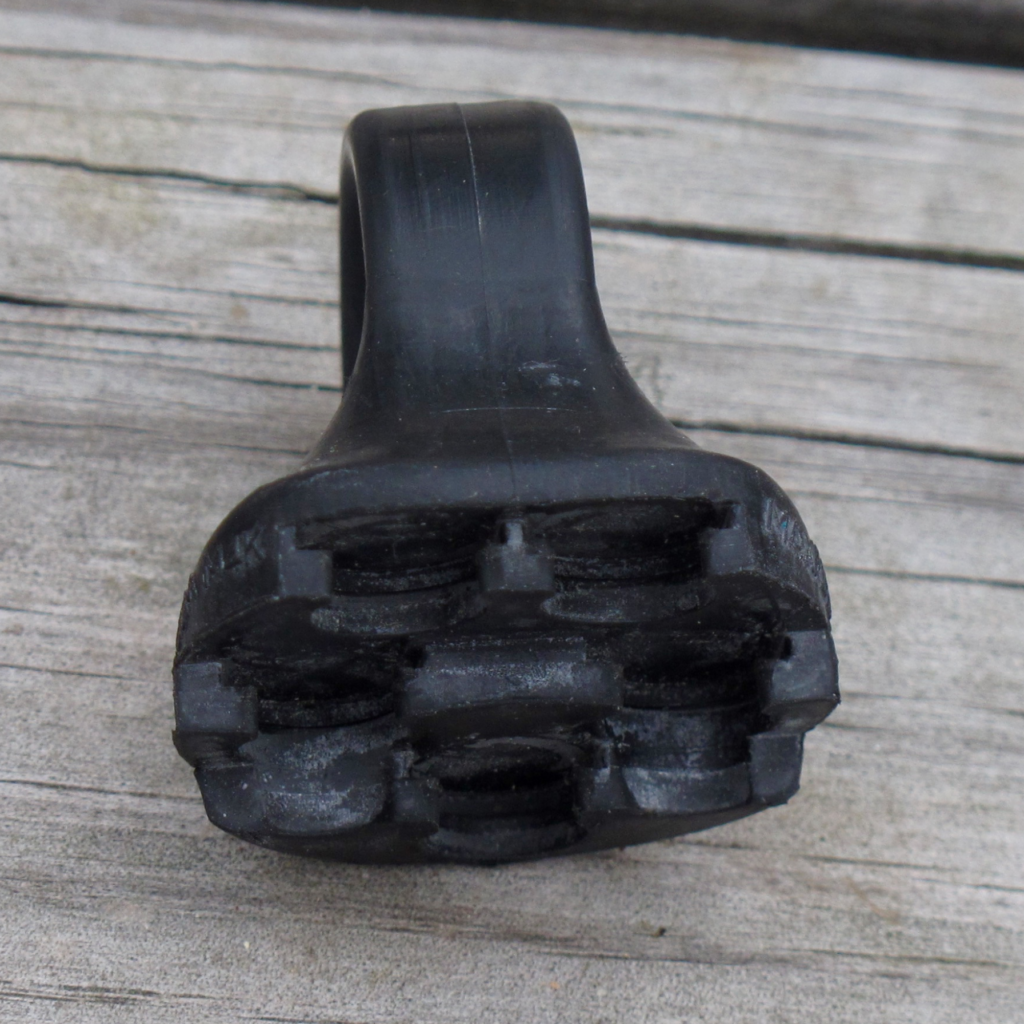 The most unique thing about the MaxFire speedloader is the way the cartridges are stacked into it. They are tiered, with the ones at the “front” sitting lower, and the ones in back higher. This creates a rather neat appearance, and I find the concept novel and interesting.

Yes, I used the terms “back” and “front”. This loader is, unfortunately, directional. To use it, one inserts the cartridges into the cylinder, ensuring the loader is oriented in the correct direction. I will give MaxFire credit where credit is due: the finger ring is helpfully directional, too. When using the MaxFire the ring should be pointed away from the gun.

Once the rounds are the in chamber and ring is pointed the right way, the loader is pulled sideways away from the gun. The cartridge rims slide out of their slots and are left in the gun, where gravity pulls them fully into the chambers. At least, that’s how it’s supposed to work…in theory.

In practice, I found a couple of problems with this. Getting the cartridges into the cylinder is only slightly more difficult than with any other speedloader. When aligning a speedloader I always attempt to visually focus on aligning two rounds and two charge holes on the outboard side of the cylinder. Because of the way the outboard rounds on the MaxFire speedloader are lower than the rest, alignment is a little more difficult than it should be. I could perhaps overlook this, but…

Sliding the loader off of the cartridge rims is a royal pain. The slots for the cartridges are quite tight, this being necessary to prevent them from falling off. When one tries to strip the loader off, the cumulative effect of five or six at a time make this really difficult. I found that I had to pull much harder than I was comfortable with. Grant Cunningham has even reported seeing revolvers with bent cranes from the force exerted using MaxFire loaders.

The other problem with the loader is its directional nature. I found that in controlled settings I could reliably index the loader in the correct orientation. I have some concern that after carrying these loaders for a few hours in a pouch, or a few minutes in a pocket, they may get rotated around. Even a slight rotation could change the index on the loader. This would require seating the cartridges, then rotating the whole mess (cylinder and loader) to the correct orientation. Contrast this to nearly any other speedloader design, including Speed Strips, all of which are directionally agnostic.

The MaxFire combines the bulk of a speedloader with all the slowness and tedium of a reloading strip. Facilitating neither a fast reload nor convenient carry, it also comes with at least a small risk of seriously damaging your revolver. I do not recommend the MaxFire for any purpose; in fact there isn’t a good thing I can say about them. You’d be much better served with an SL Variant, JetLoader, or Comp II.

12 thoughts on “The MaxFire Speedloader Review”