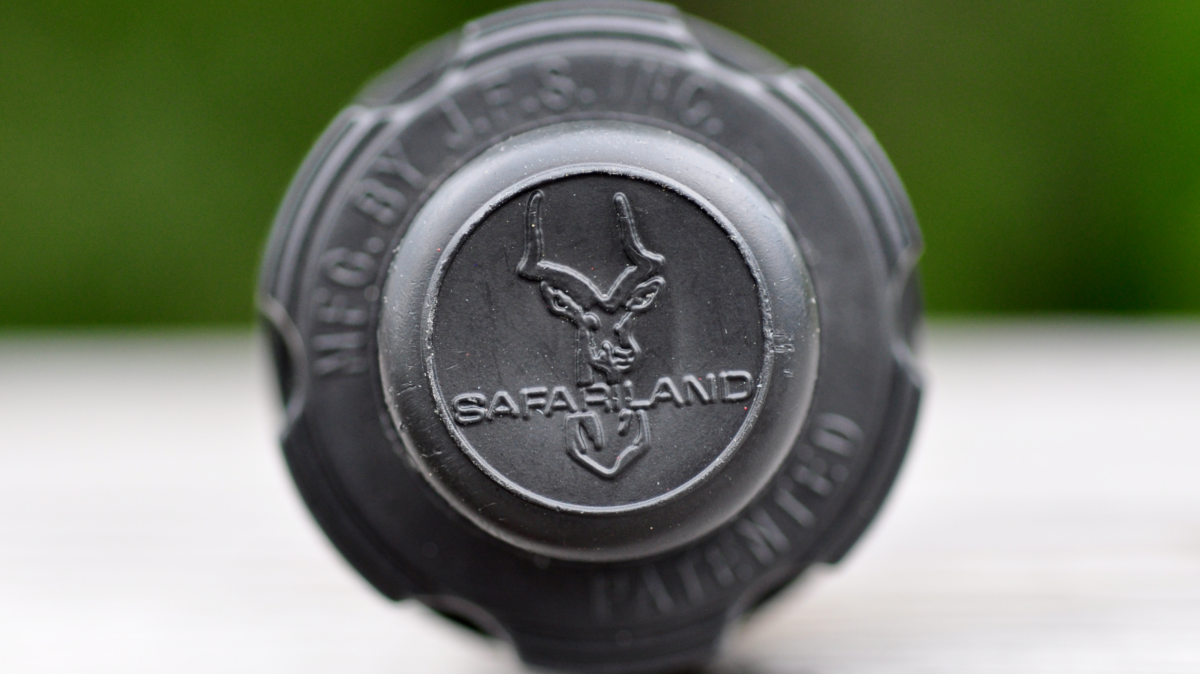 When I jumped headfirst in the world of wheel-fed guns, I knew I had to get good at reloads, and I knew that required a speedloader. I already owned a couple of HKSs and was thoroughly unimpressed with the “speed” claim in the name, and the multiple motions required to work them. The first speedloader I really learned to appreciate was the Safariland Comp II. This loader has also earned a ton respect from revolver guys who are far more accomplished than I.

There’s a lot to like about this loader. My favorite feature of the Safariland is its simplicity. The basic design of the loader makes it small, rugged, and reliable. There isn’t much to wear out on this thing. It also keeps the loader affordable; the going price for Comp IIs is somewhere between $10 and $15. 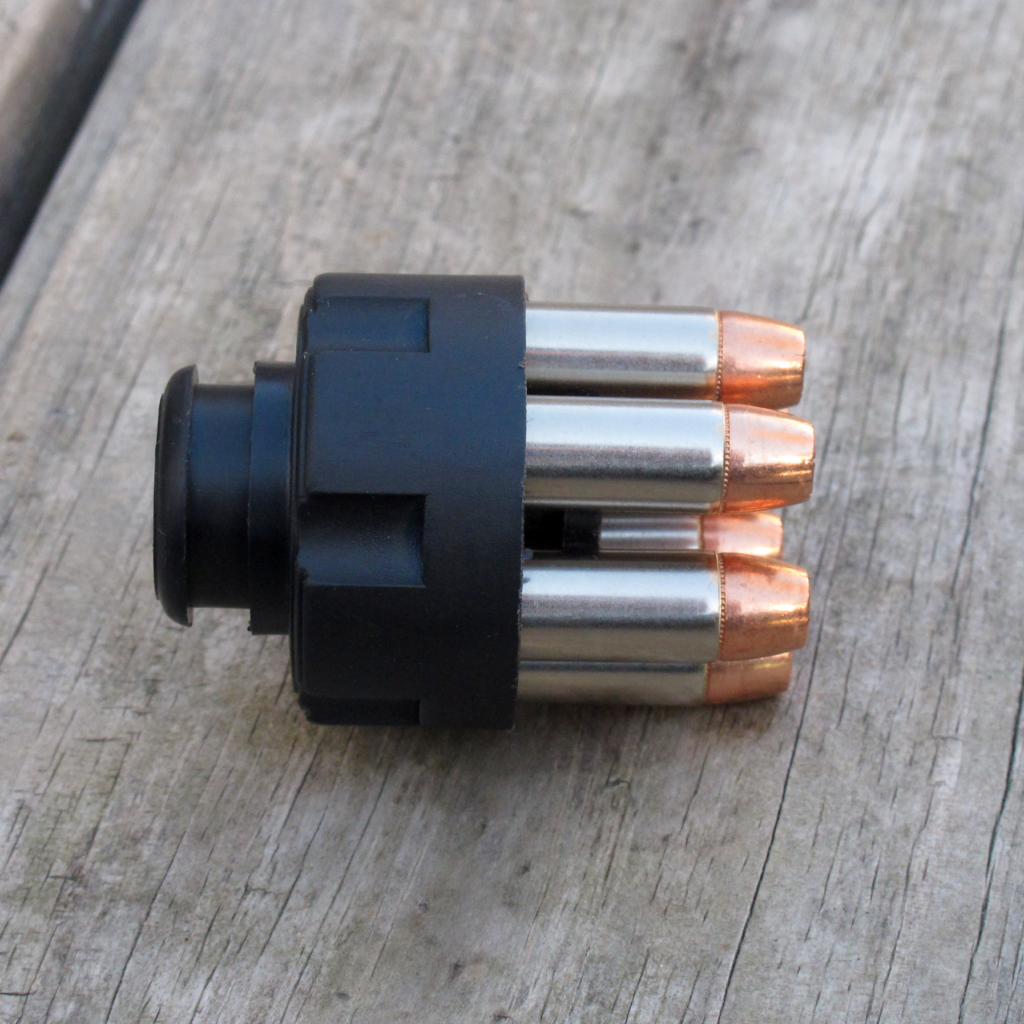 To load the Comp II up, invert it and drop the rounds in. While pressing down on them with the palm of one hand, push the knob in with the other and turn it clockwise until it clicks into place. To reload your revolver with the Comp II, align the cartridges with the charge holes and insert them until the loader stops. The center post will hit the cylinder pin. Press down on the body of the loader (NOT the knob) until you hear and feel a click. When the rounds release, drop the loader, close the cylinder, and get back to work.

Though sometimes accused of dropping rounds prematurely, I haven’t found this to be the case at all. In fact, I think it’s one of the more secure speedloaders on the market. A robust metal star inside the loader (see photo below) locks the rounds in place. Not only does this make them “drop safe” as Grant Cunningham elucidates, it also does a good job keeping the cartridges from rattling around. More importantly, it keeps them nice and straight for quick, easy alignment with the charge holes. 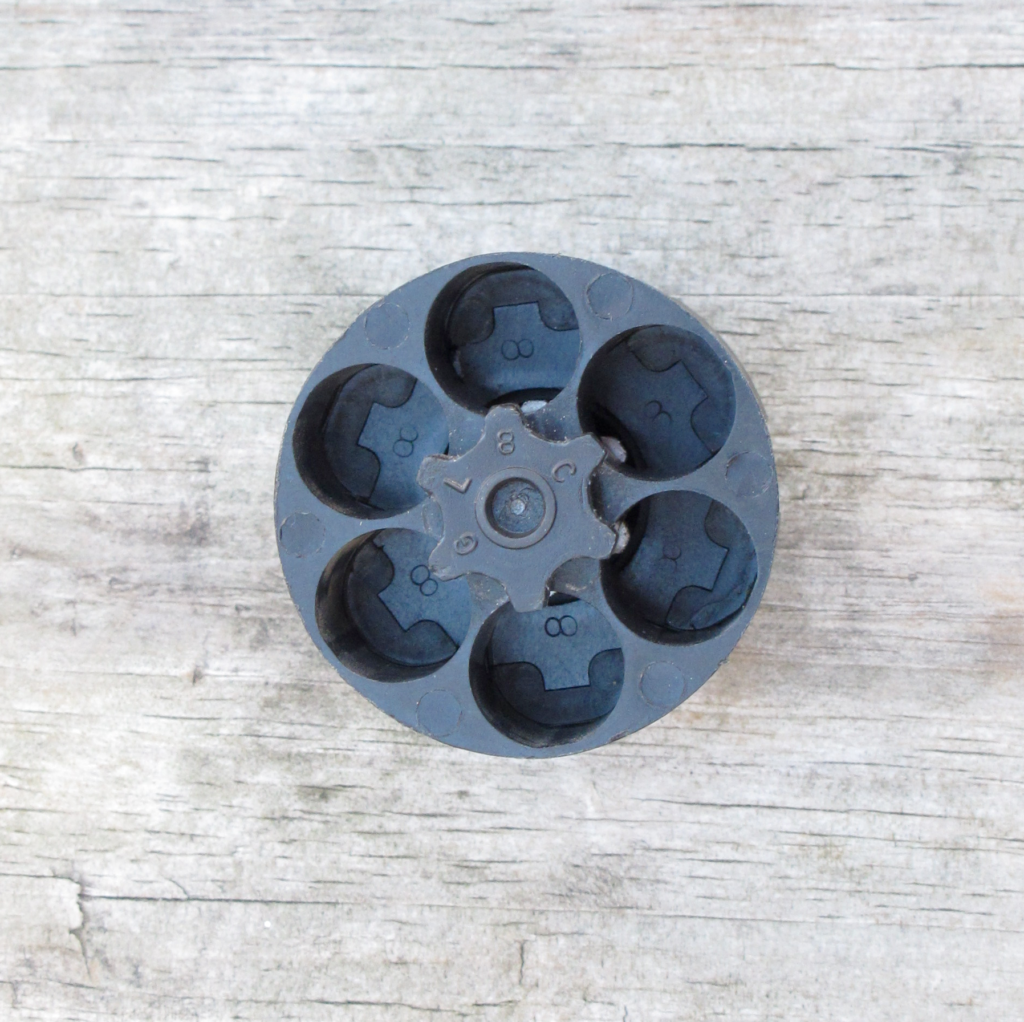 The Safariland Comp II is one of the smallest practical speedloaders out there, which is kind of hard to believe when you consider how well this thing actually works. There are other speedloaders that are much larger that I would never recommend. I carry my loaders in a JOX Loader pouch but if I were going to pocket carry it would be with a Comp II. 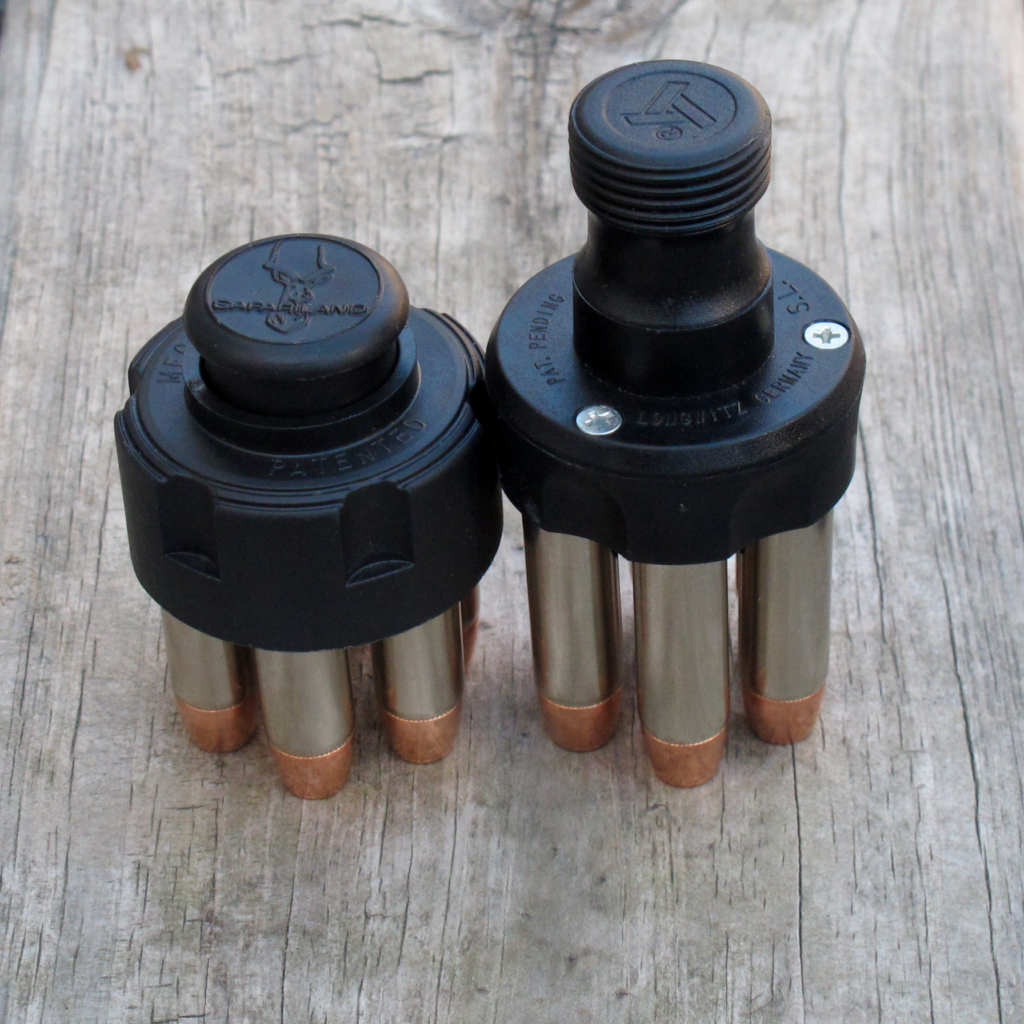 A couple weeks ago, Greg Ellefritz mentioned he maintains some beat-up revolvers (along with holsters and speedloaders) as “handout guns” for family members during crisis. I really like this idea and  think Comp II is ideal for this application. It’s reasonably fast, holds the rounds securely, and most importantly, is uncomplicated to operate. You could teach anyone how to use it in a matter of minutes. And it won’t cost you a fortune to buy a dozen of them. 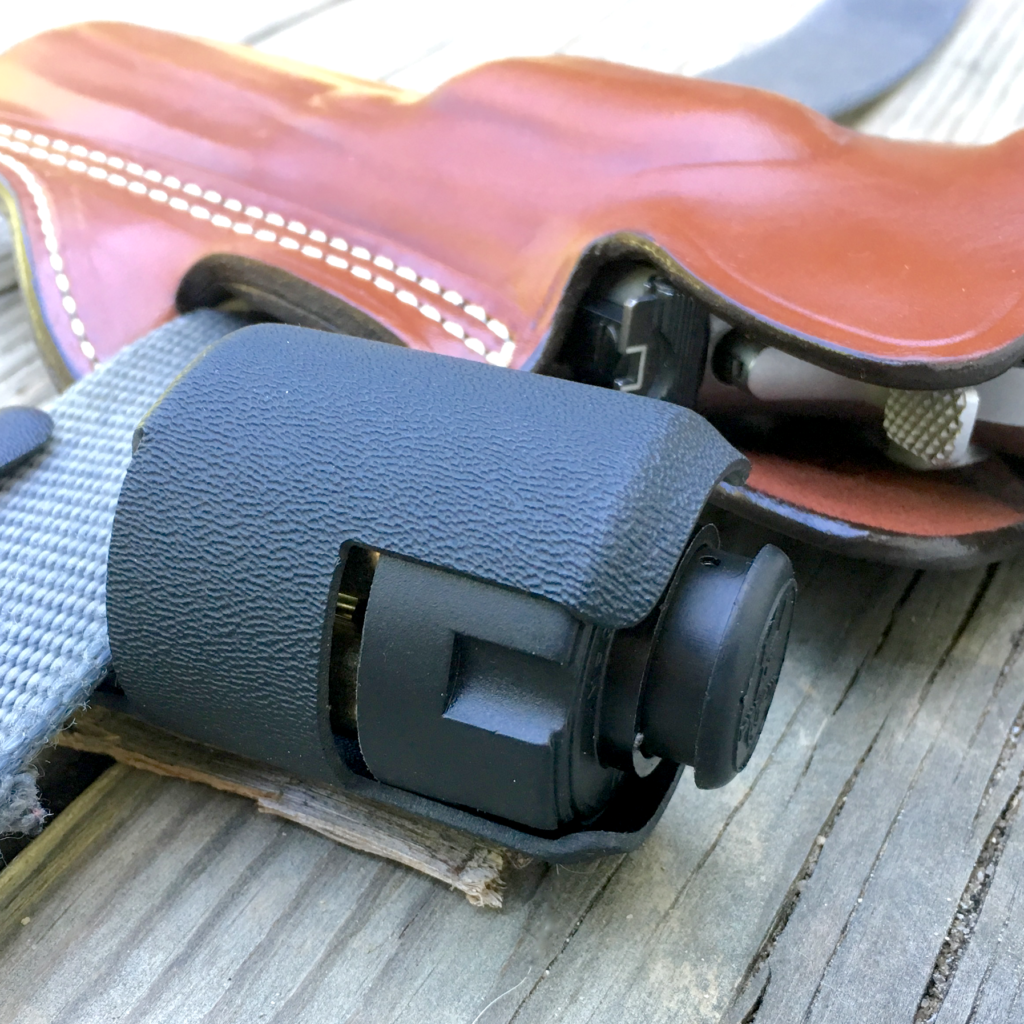 There isn’t much to complain about with the Comp II but my sole complaint is kind of a big one. Unlike the S.L. Variant and the JetLoader, this loader relies totally on gravity to transfer its payload. This means that you have to get the gun more or less vertical to allow rounds to drop in. It also means that with dirty or tight chambers, a round or two might fail to fully seat. A round sticking out even slightly means the cylinder won’t close until the problem is fixed. This is annoying at best, really frustrating during a competition, and downright dangerous when you’re on the two-way range. Still, the Comp II is a huge step up from twistie loaders and Speed Strips, and lightning fast reloads with them are possible with practice. 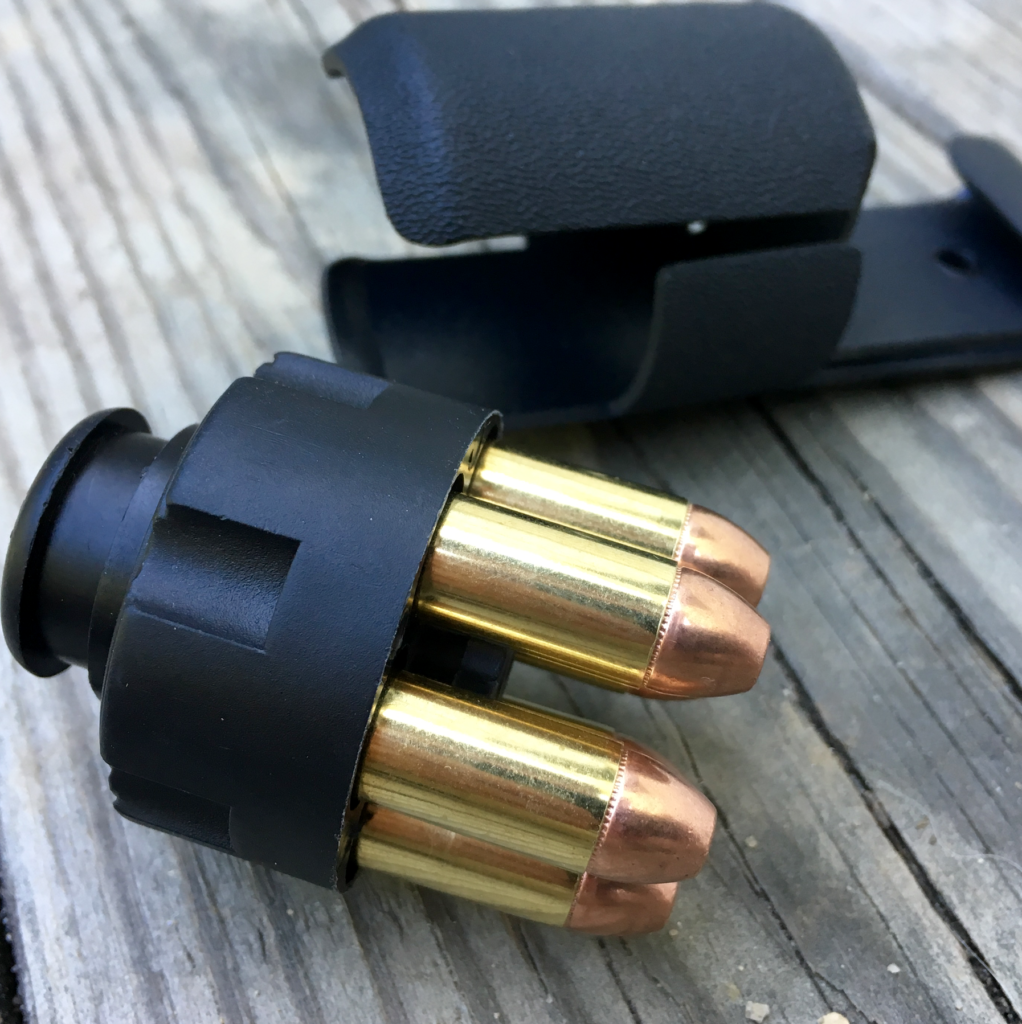 Oh, and the other thing: Safariland doesn’t make a huge lineup of Comp  IIs. If you have a 6-shot .38/.357 K- or L-Frame Smith, Ruger, or Colt (or a Brazilian “equivalent” of most-of-the-above), you should be good. If you’re packing something else…these probably ain’t for you. You can see the full catalog of Comp IIs on Safariland’s site.

The Safariland Comp II speedloader isn’t perfect. You have to get the gun vertical which ends up (for me) with head and eyes pointed straight at the deck. But at $10-15/each it’s inexpensive. It’s compact. It’s rugged and it holds rounds securely. And and it works, every time. Though I prefer the SL and Jet speedloaders, this one is in a very close third-place. I would recommend it without hesitation.