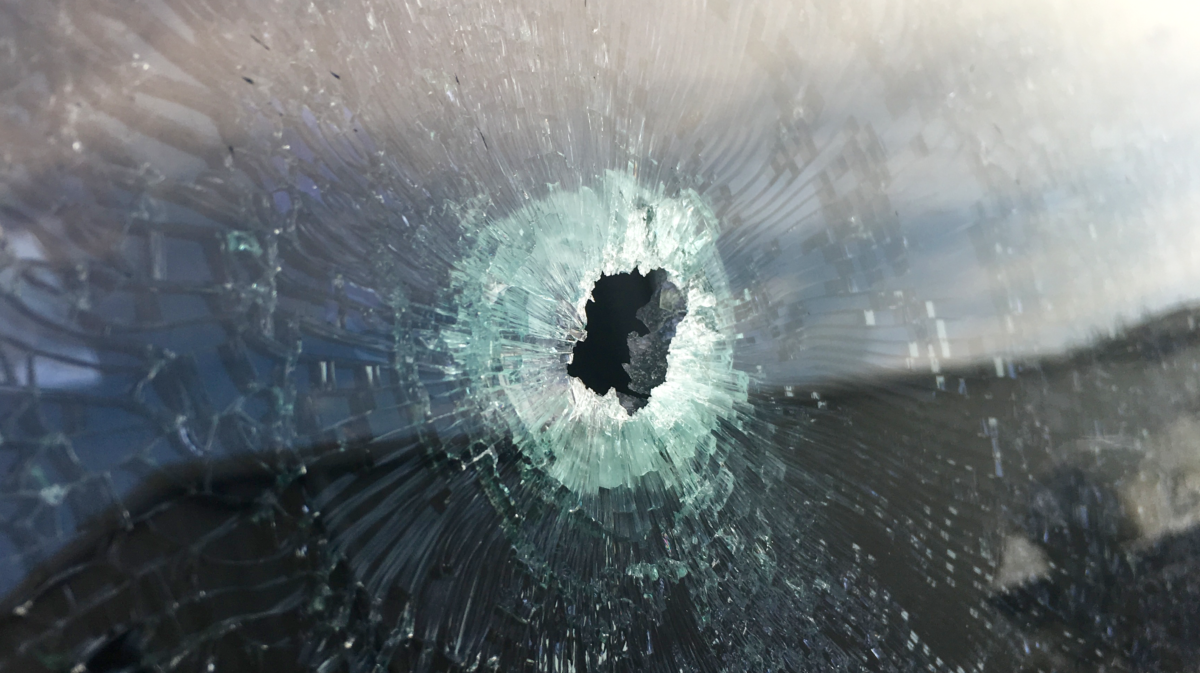 It’s not too often that I get to shoot up a car, but it has happened a few times in my career. What is really rare is getting to shoot up a nice, clean car, and being the only one shooting it. I had this opportunity about a year ago as part of a military exercise I was working on. I can’t get into too much detail, but there was a requirement for a shot-up car and I was lucky enough to be asked to fulfill the requirement. This isn’t one of those articles about shooting cars filled with gelatin blocks and there aren’t any  real insights to be gained here – just some fun pictures!

Most of the shots were directed through the driver’s side doors. 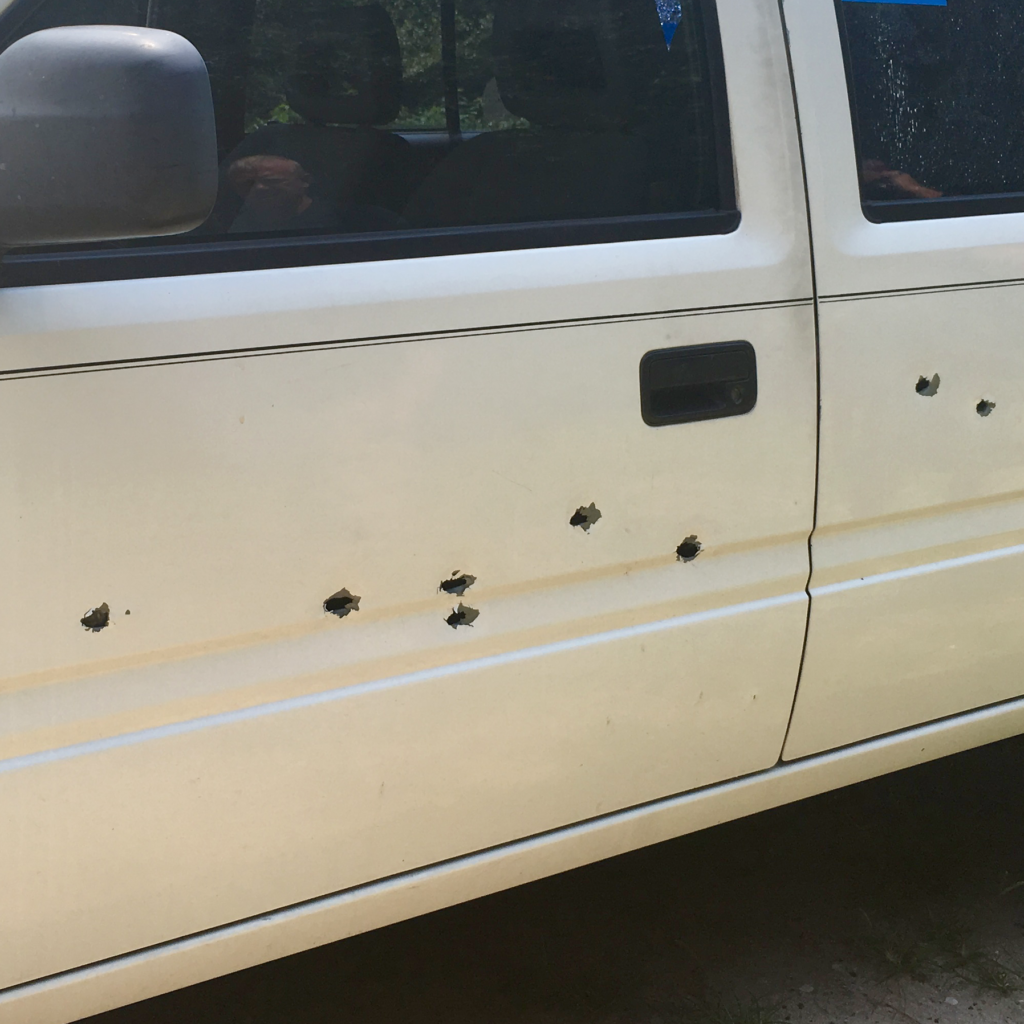 All of the rounds made it through the interior door panel, though not all are visible in this photo. 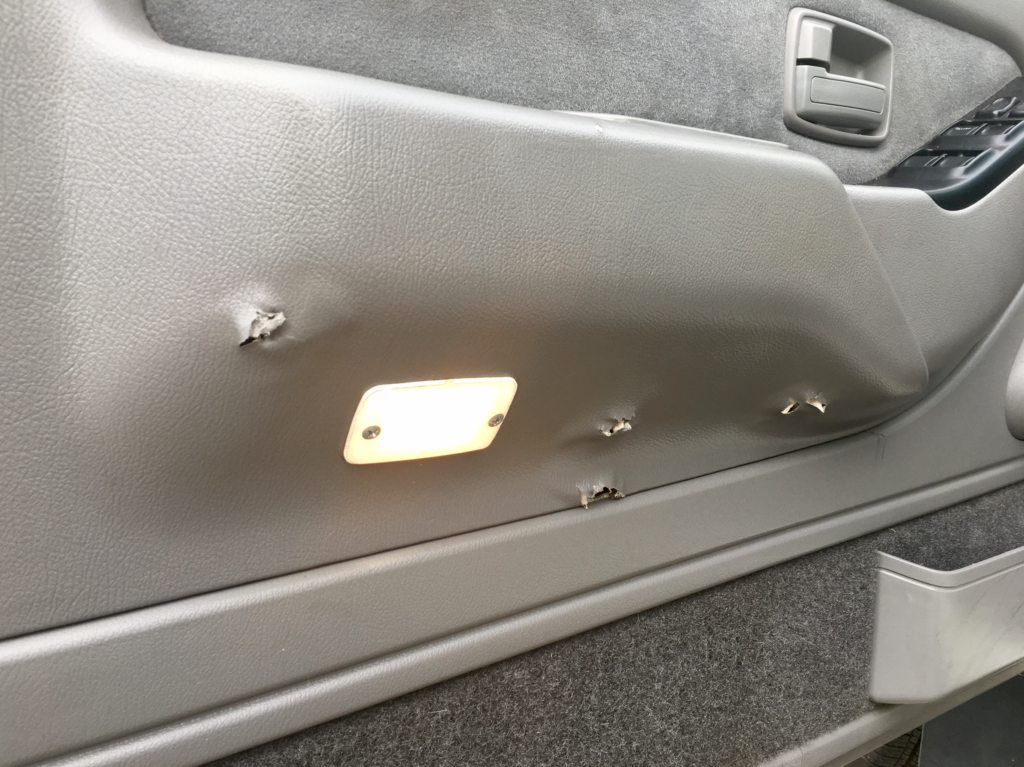 Four of the six rounds directed at the driver’s door also penetrated the driver’s seat. I wouldn’t want to have been sitting here – door panels are NOT ballistic protection. Those would have been solid upper-leg and/or pelvis hits. 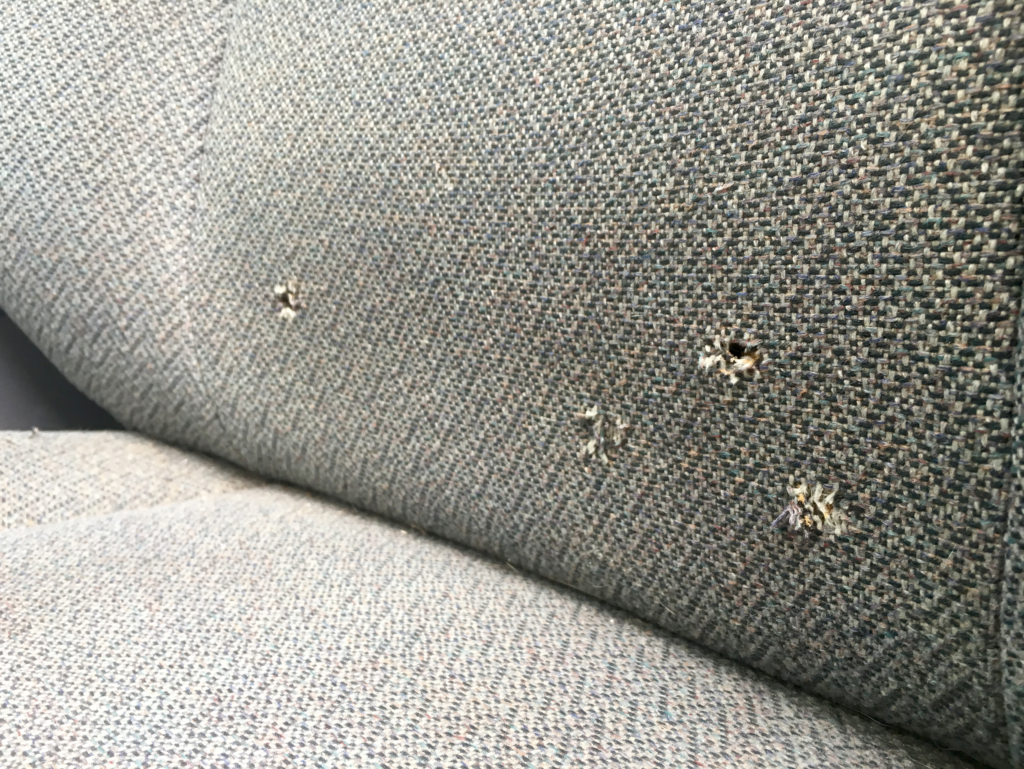 Only one of these rounds was recovered. It was stopped cold by the B-pillar. It fell out when I opened the door. 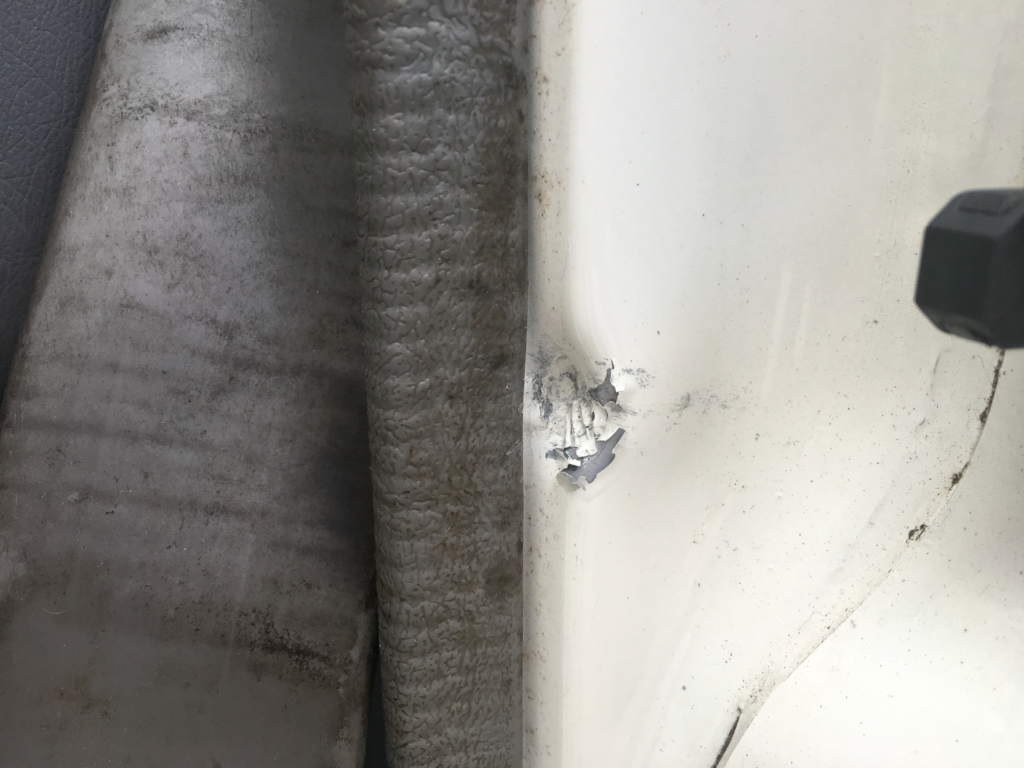 The bullet recovered from the B-pillar. This thing is smashed to pieces. 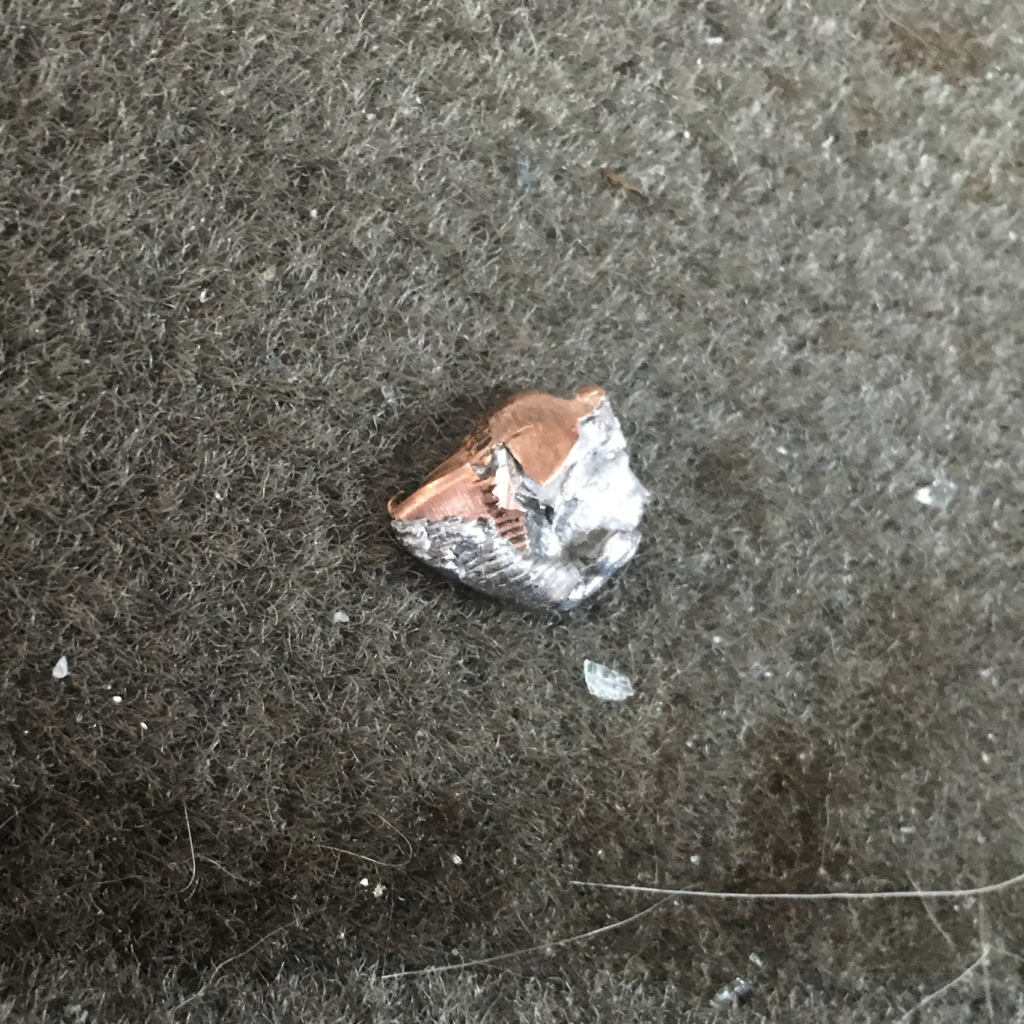 For what it’s worth, somehow the driver’s door still functioned perfectly after being perforated six times.

I also fired a few through the rear driver’s side door. This round passed through the door, then transited the entire rear seat. The bullet was embedded in the far side door panel. 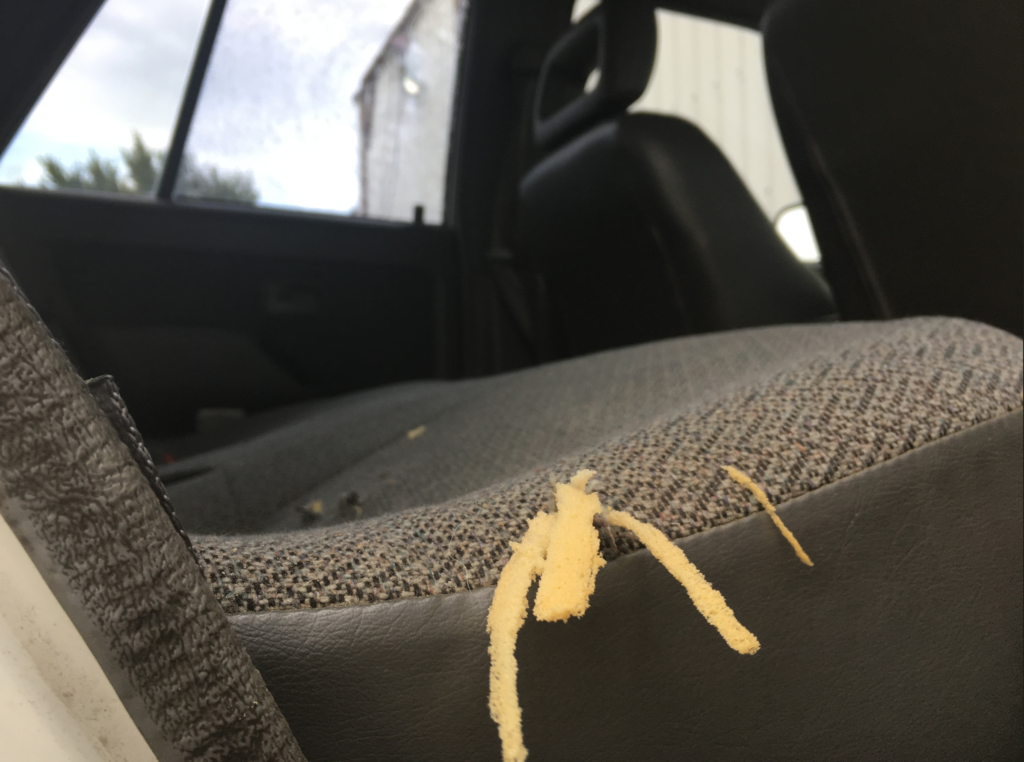 The recovered bullet actually exhibited pretty good expansion, considering. It also stayed (mostly) in one piece. I assume the expansion occurred while passing through the foam of the seat, but there’s no real way to know. 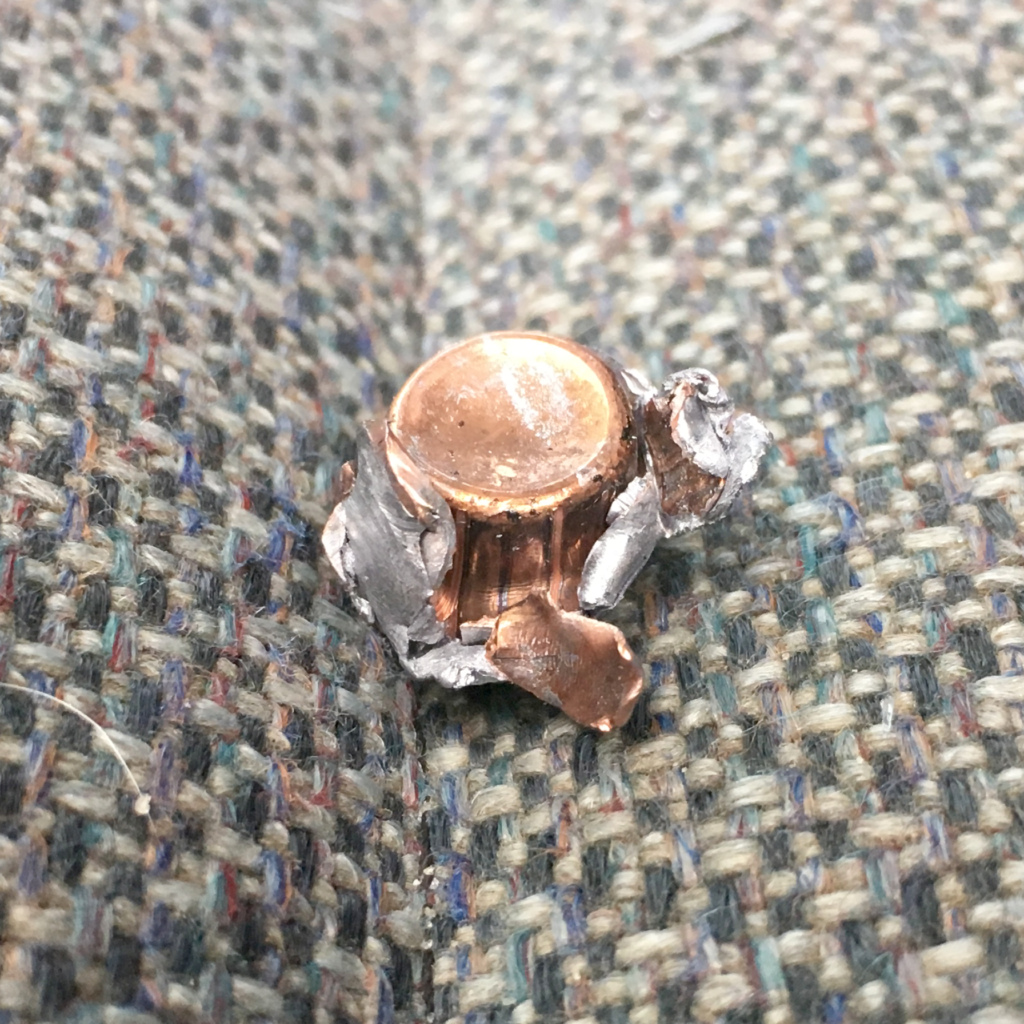 Wanting to shoot a little glass, I fired one shot through the rear, driver’s side window.  I aimed at one of the headrests and somewhat surprisingly, actually hit it. 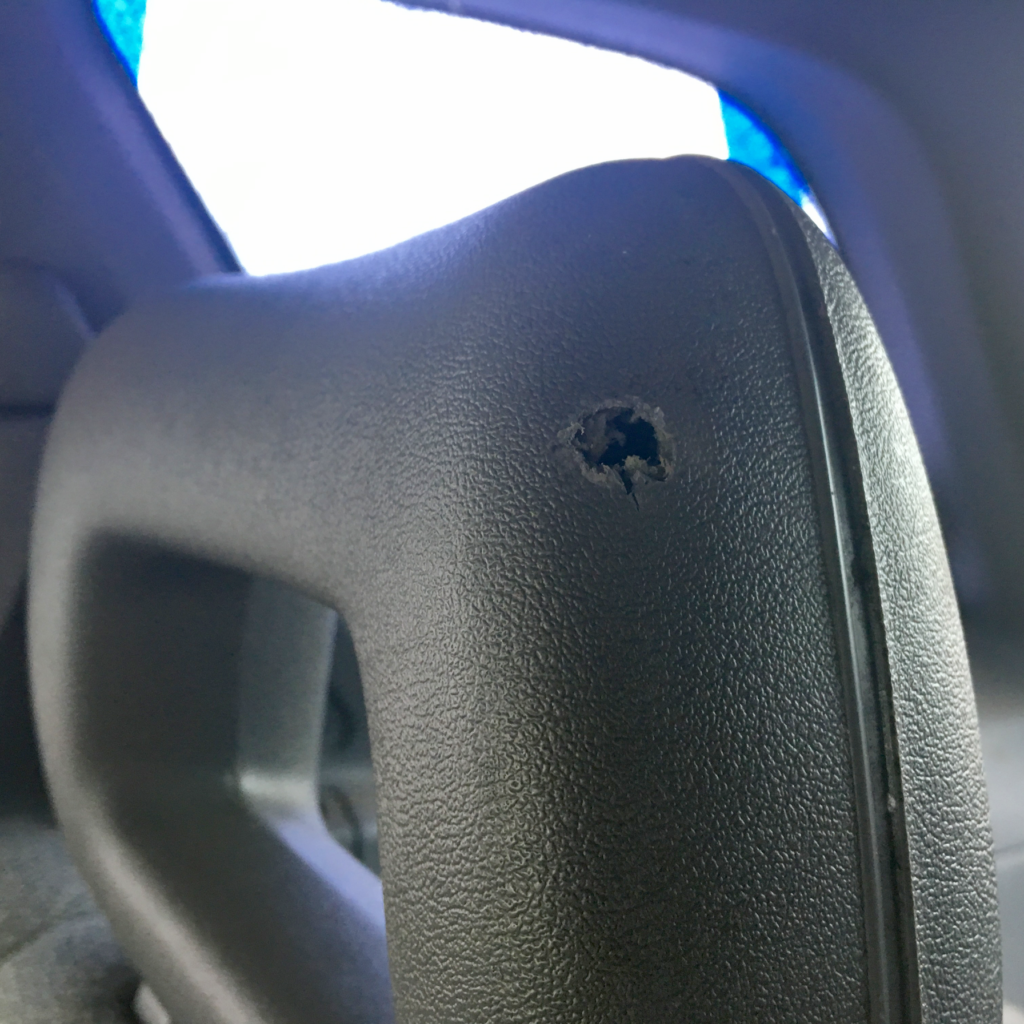 As expected, the round sailed through the headrest and out the passenger’s side rear window. 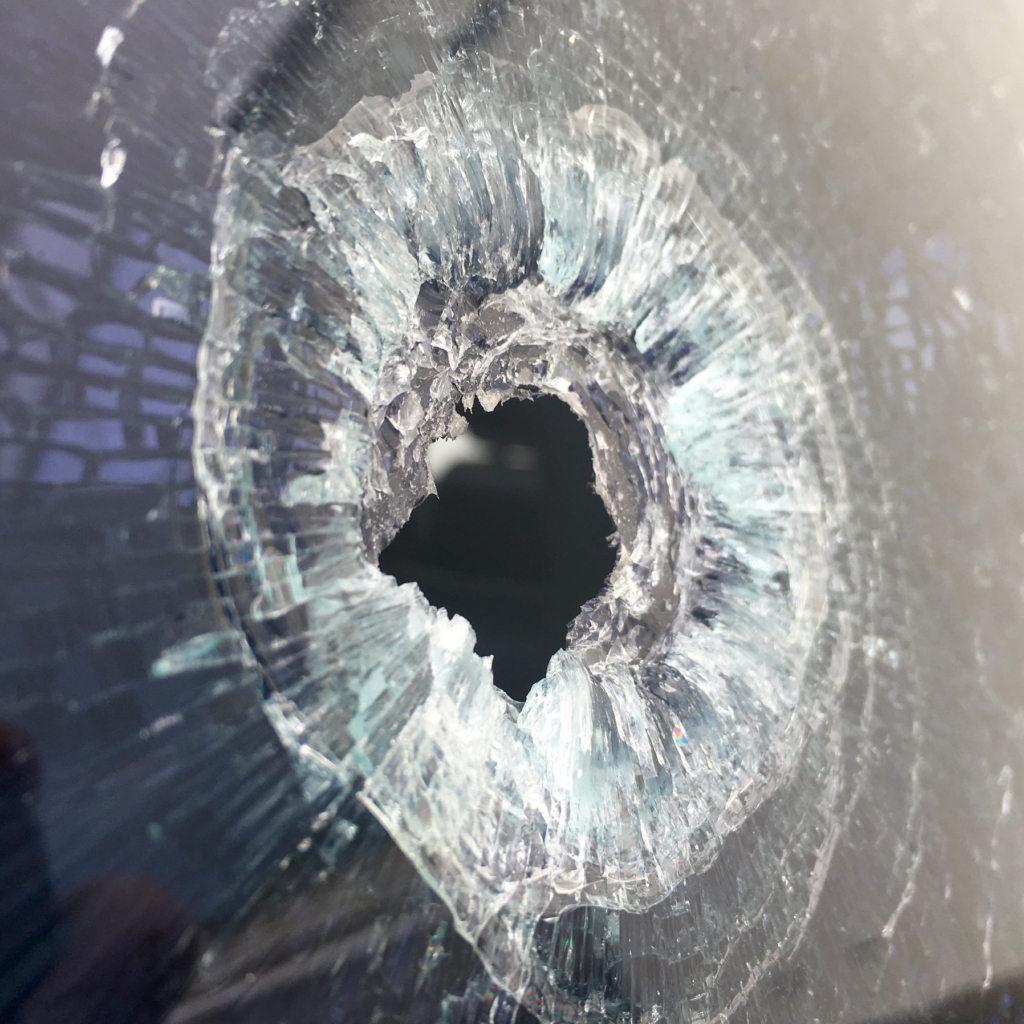 Like I said, there probably isn’t any new data to be gleaned from this little range trip, but it sure was fun! Sadly I didn’t get to test to see if the Mighty .357 would really “crack an engine block” because this car had to drive away from the range. I hope you enjoyed seeing some .357s put up against auto body and glass, instead of the same old boring nine-mil and five-five-six, and I can say this: if you’re in a car that’s getting shot, get to driving or get to shooting back cause it ain’t stopping bullets!