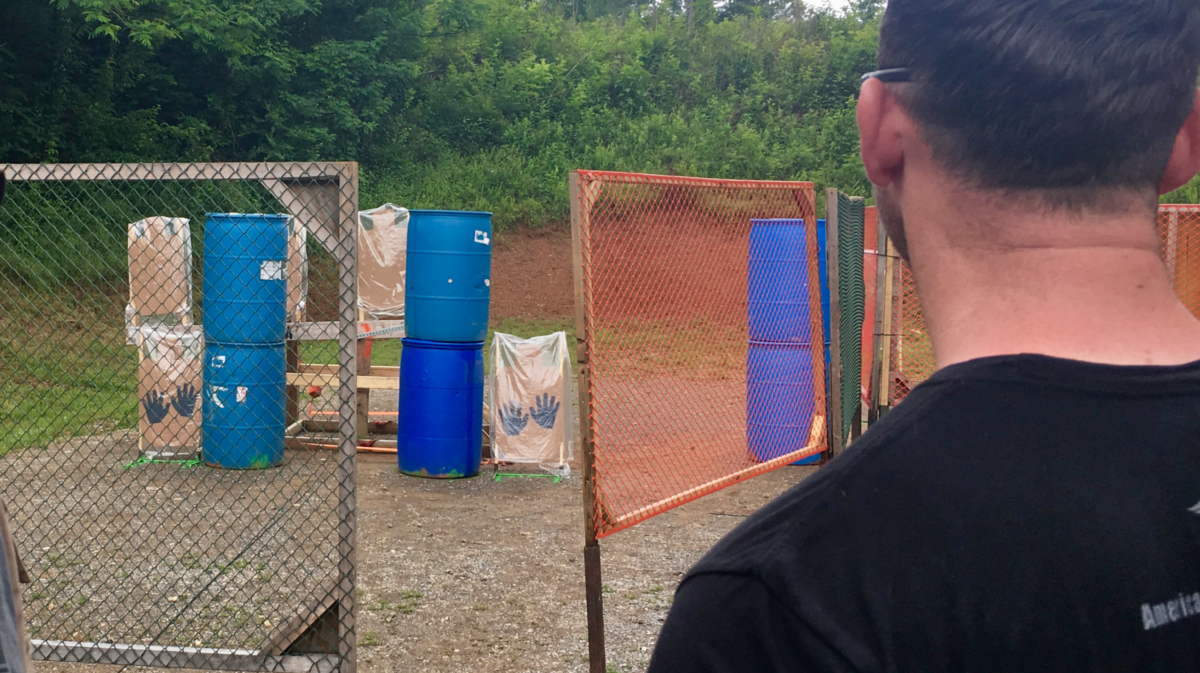 When I show up for an International Defensive Pistol Association (IDPA) match, and a fellow attendee asks “What division you shooting in?” and my reply is “BUG [Back Up Gun] Revolver,” I can almost be 100% sure their facial expression will be one of surprise or even mild amusement, and the accompanying verbal response will be a rather incredulous “No, seriously?”

For those folks who may not be familiar with the International Defense Pistol Association, many shooting sports participants find it the most challenging and rewarding of the competitive formats available today. Founded in 1996, it was formed as a breakaway organization from the United States Practical Shooting Association (USPSA). IDPA equipment rules generally are designed so that competitors can use their Every Day Carry gear to participate in a match. The official rules and stages revolve around tactics and scenarios which are intended to more closely replicate possible real-life situations, rather than the ‘run and gun’ style which is common to USPSA, IPSC, and other shooting sports.

For example, during most IDPA stages competitors must draw from concealment, use cover, engage targets in order of priority (slice the pie), avoid ‘no shoot’ targets, and often shoot on the move or engage targets which are moving. Additionally, it’s not unusual for a stage to require the shooter to fire one-handed only while carrying or dragging an object, use their non-dominant shooting hand, and fire from very unique shooting positions. All of these things combined create a style of competition which offers on the clock utilization of critical defensive firearms skills and tactics. 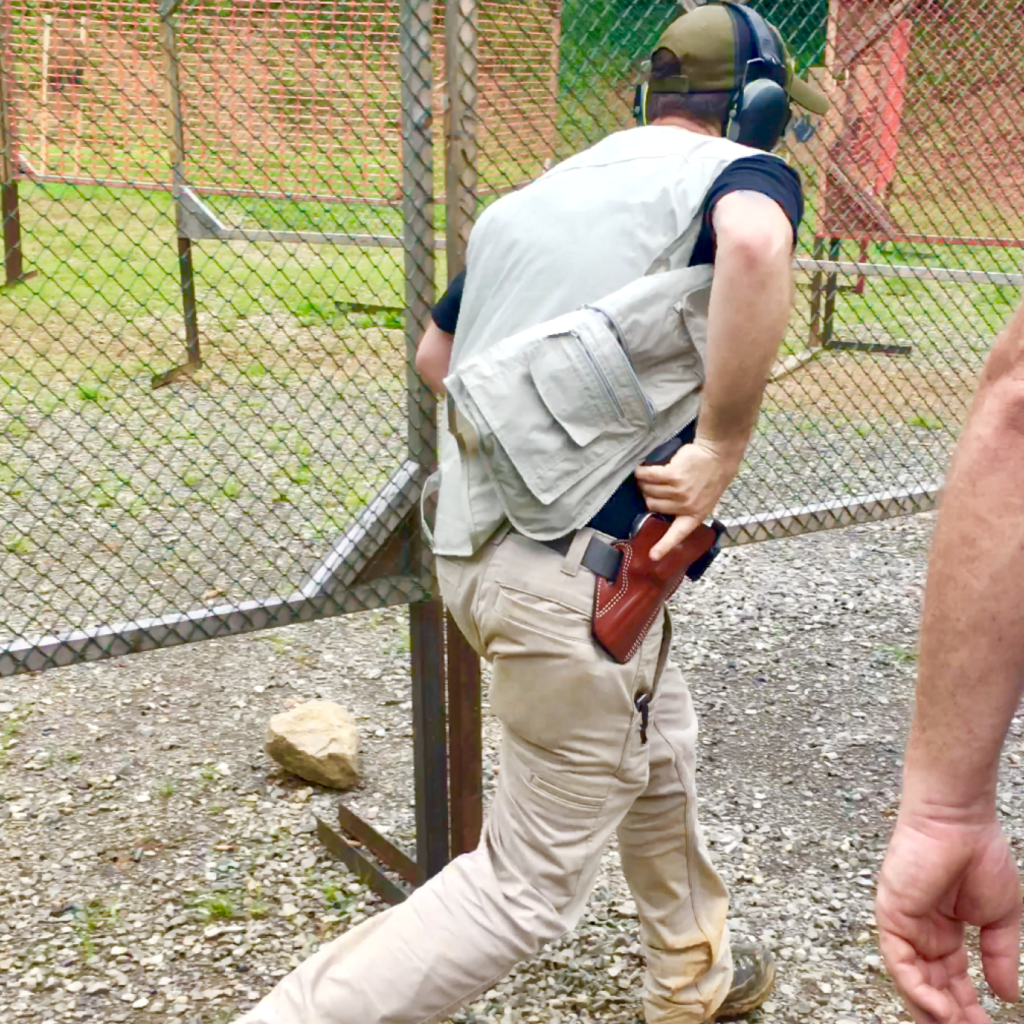 Any lover of revolvers, or even just hand guns in general, is more than likely aware of this simple fact: revolvers are more difficult to shoot than most semi-autos. Shooting revolvers on the clock in a competitive environment is just that much harder. I am of the opinion that if you do not practice regularly, and push yourself regularly to find out exactly what the limits of your skills and capabilities are, then it is absolutely irresponsible to carry a revolver for self-defense.

Until I began shooting in and practicing for matches, I had absolutely no idea how deficient I was at using firearms effectively under a variety of circumstances and situations, let alone revolvers. My very first match in which I used a revolver was a real eye opener. Ever since then I have made competitive shooting an integral part of my training regimen.

These divisions are delineated by the equipment rules. The equipment rules specify the parameters for firearms and ammunition to be considered ‘legal’ for each division, and this is what lends to creating a level playing fields for the competitors. The equipment rules have changed in the past with each newly written rulebook [opens to PDF], so as a competitor it’s important to keep up with each new rulebook as it is issued. Thankfully, the rulebooks are not changed all that frequently. In the past decade there have only been 2 new rulebooks issued, for example.

Some general equipment rules of IDPA which apply to all divisions are that holsters are restricted to OWB or IWB holsters which are carried strong-side only. This is to avoid obvious safety concerns associated with cross draw or shoulder holster rigs. Also, the holster has to be positioned rearward of the wearer’s hip bone, in other words no appendix-carry either. Unless it’s otherwise specified, the competitor must draw from concealment. Most folks use a light-weight vest during competition, some just wear their shirt untucked. Either way the firearms must be completely concealed.

Ammunition requirements for IDPA are pretty straightforward. Metal piercing, incendiary, and tracer ammunition is prohibited, clubs may prohibit cartridges that may damage metal targets, and all ammunition must use a single projectile. Shortened ammo, such as .38 Short Colt is not allowed. Reloaded or hand-loaded ammo is allowed.

Additionally, each division has a minimum power factor, regardless of the caliber used. Power factor is calculated by multiplying the bullet weight in grains by the bullet velocity in feet per second, divided by 1000. For example, a 158gr .38 special round with an average mean velocity of 870 fps would have a power factor of 158×870/1000, or 137.46. The numbers after the decimal are thrown out, so the final power factor is 137. 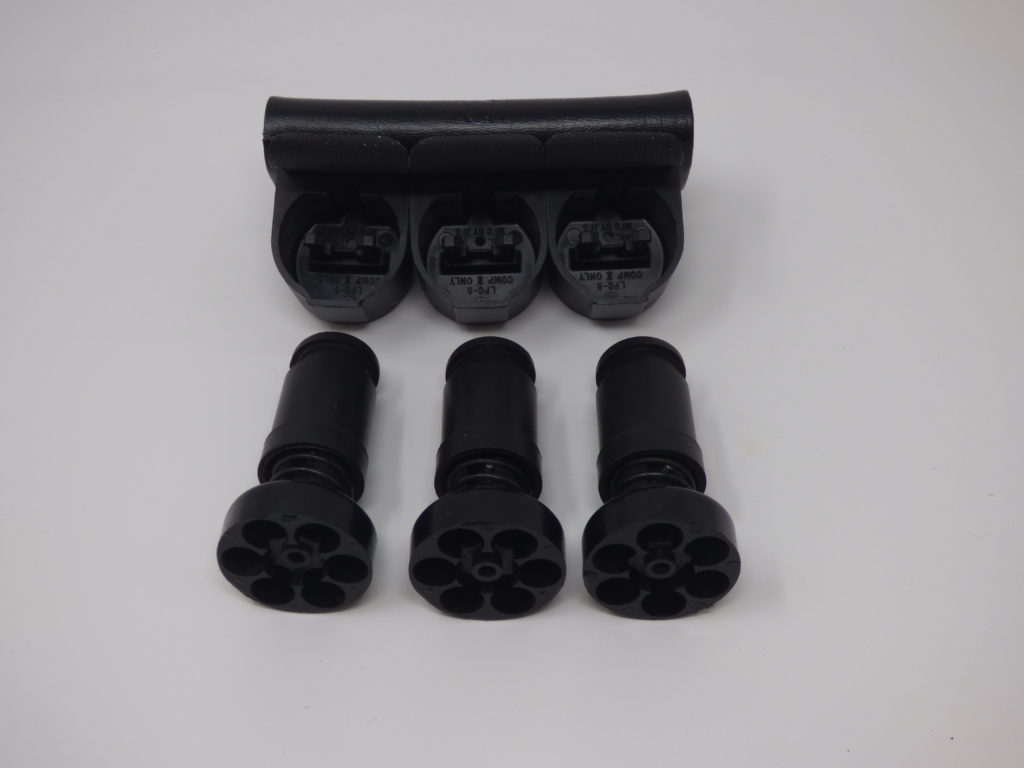 An important thing to note about power factor is that the published velocities of factory, which are often printed right on the box, are often not what you would get out of your particular firearm. Since your ammo will be chronographed at all major matches, and if it fails to meet the minimum power factor you will be disqualified from the match, it is strongly advisable to have the ammo you intend to compete with chronographed beforehand to make sure you are getting the velocities you expected. I am speaking from direct experience on this one!

In addition to the equipment restrictions, each shooter classifies with the equipment for their division, and is placed in class based on their performance. The classes from low to high are Unclassified, Novice, Marksman, Sharpshooter, Expert, Master, and Distinguished Master. These class distinctions further level the playing field so that in theory, each individual is only competing against other persons of the same skill level with the same basic equipment.

The Revolvers of IDPA

The revolver division has some basic, universal rules that apply to both sub-divisions. The first rule, is that they must be loaded to the division capacity of 6 rounds in the cylinder; higher capacity 7 and 8 round revolvers are permitted, but may only load 6 rounds. Additionally, since the spirit of IDPA is for competitors to use concealed carry firearms, the maximum barrel length for any gun in the revolver division is 4.25”.

Speed loaders are allowed to be used in both divisions. Both sub-divisions, the revolver is allowed to have a trigger job and chamfered cylinder holes, can have after- market grips and sights (as long as they are in line with the original), and the hammer can be bobbed. These ‘enhancements’ are allowed because they are all considered reasonable modifications for an Every Day Carry gun. Red dot or other electronic sights are not permitted in either sub-division. Revolvers with laser sights are permitted, but the laser cannot be used during competition.

The Stock Service Revolver (SSR) division allows for any revolver that uses .38 Special or larger cartridges, and is kept to factory stock configuration, other than the modifications listed above. The minimum power factor for SSR is 105. 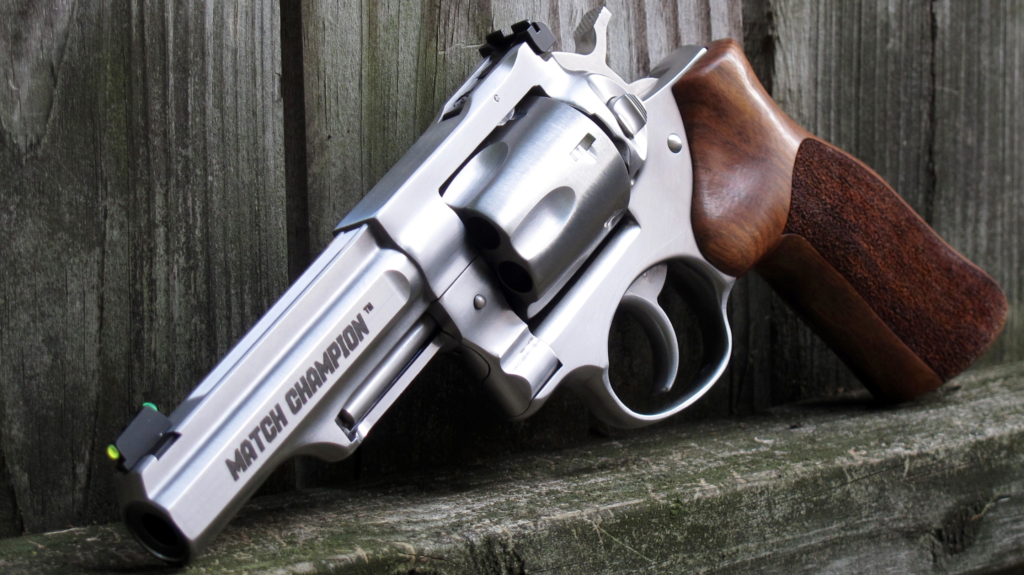 Enhanced Service Revolver (ESR) rules currently allow for any revolver that uses .357 magnum or larger cartridges (you can still use .38 Special ammo) with rimmed or rimless cases, the unloaded firearm must weigh 50.00 oz. or less, and may be loaded via speed loader or full moon clip. In addition to being allowed to have a trigger job, aftermarket grips and sights, and a bobbed hammer, it may also have an extended cylinder release, and moon clips are allowed to be used. Minimum power factor for ESR is substantially higher than SSR at 155.

There are several revolvers produced by a variety of manufacturers that are more than suitable for competition in the IDPA Revolver Division. Some manufacturers have even produced factory models which are competition ready right out of the box, and were seemingly designed specifically for IDPA. Ruger’s GP100 Match Champion in .357 magnum and Smith and Wesson’s Performance Center 686 SSR, also chambered in .357 magnum, are the first ones that come to mind, but there are certainly others available.

Finally, the last division I will cover is the Back Up Gun Revolver, or BUG-R division, which is a sub-division of Back Up Gun. BUG revolvers must use .38 or larger cartridges with a rimmed case which are not loaded with moon clips, have a barrel length of 2 1/2″ or less, weigh 26 oz. or less, have a capacity of no more than 5 rounds. Any modifications must comply with all SSR equipment restrictions. Basically, BUG-R is tailor made for 5 shot snubbie. The number of models from myriad manufacturers which fit comfortable into this division is staggering. Just within Smith and Wesson’s J Frame line, there are literally dozens upon dozens of models and configurations to choose from. 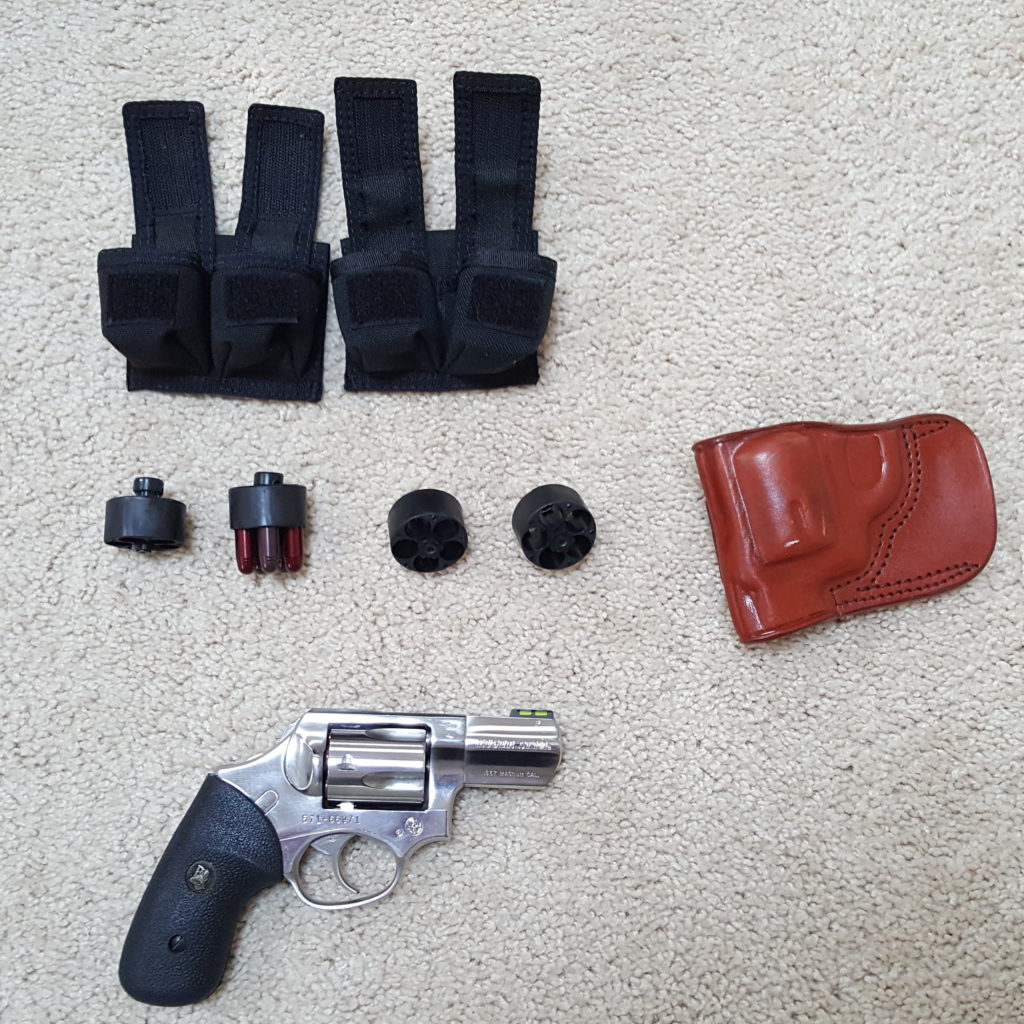 One advantage, (or disadvantage, depending on how you personally see it), to shooting in this division is the number of folks who compete in BUG is typically quite low, especially at local matches. This seems counter-intuitive, considering how popular the J-Frame and other revolvers like it are among folks who carry concealed. However, as I stated earlier revolvers are difficult to shoot well, snub nose revolvers even more so, and this is even more exacerbated in a competitive environment.

Another major challenge specific to IDPA is that the stages are typically designed around a six-round configuration. Specifically, each paper target requires a minimum of two shots to score a hit before it is considered ‘neutralized’. As such, there are time penalties for hitting paper targets only once in IDPA. Therefore, besides the obvious situation of a 5 shot revolver needing to be reloaded more often, the timing of those reloads is often very inconvenient to the stage, and thus there is more planning involved. This extra challenge can be a real put-off for some people I imagine, but for me it makes things all that much more interesting.

Note from the Editor: Ian contacted me several weeks about writing some competition-centered articles. As a frequent competitor Ian has a better look at this landscape than Mike or I, and I’m glad to have some of this content here. Though I haven’t been great at it in the last couple of years, I do strongly encourage you to get out and participate in some sort of competition. If you haven’t yet, you might be surprised at what a little stress will do to you (yep, I remember going through a mag and a half trying to hit three pepper poppers at five yards at my first match)! In the meantime, please give Ian a warm, RevolverGuy welcome!

17 thoughts on “Competition 101: IDPA with Revolvers”