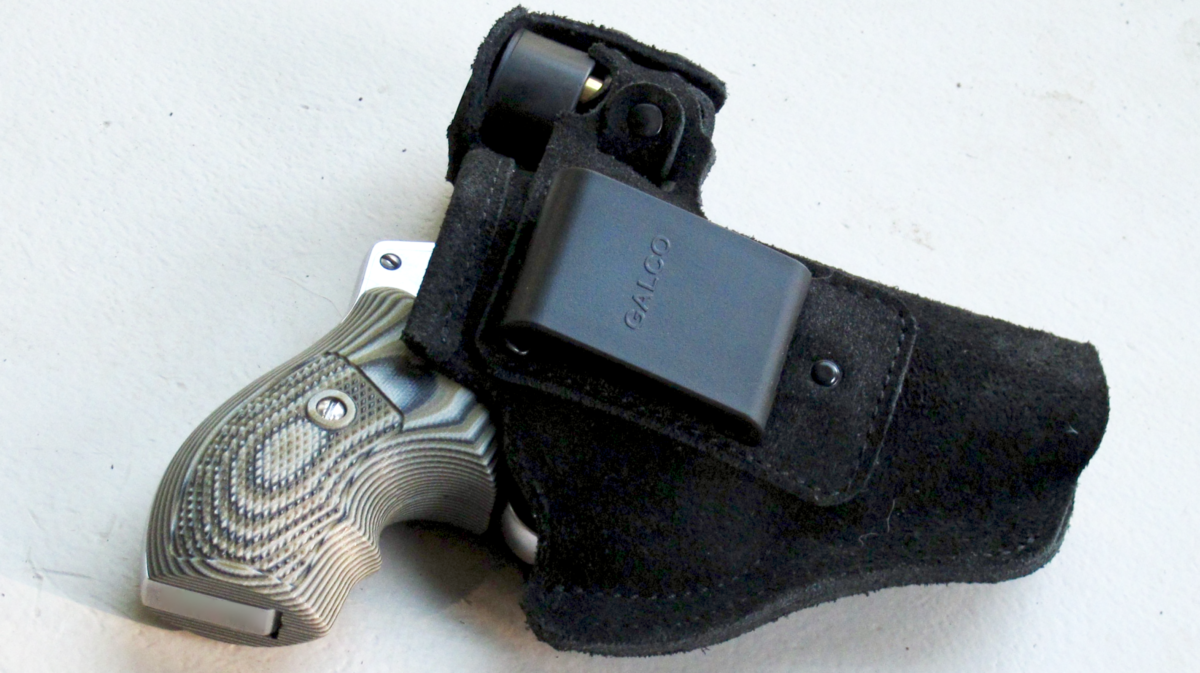 I recently had the opportunity to check out a pretty cool concept from Galco. The basic idea is one that I have had in mind for a while – a holster with an attached speedloader pouch along the topstrap. Since the cylinder of the holster creates a bit of a “gap” in the pants anyhow, why not use that space to throw in a speedloader? Being forward of the gun it won’t interfere with the grasp or draw. The speedloader will be on the correct side of the body, and  (the speedloader typically being no thicker than the cylinder) won’t be any harder to hide than the gun itself. Well, that’s what the Galco Walkabout is. Let’s have a look at it.

The Galco Walkabout is an inexpensive leather IWB holster. The closest thing I had to compare this holster to before receiving it was the Tuck-N-Go I reviewed a few months ago. The execution in this design was a little lacking in my opinion. First, the compared to my Tuck-N-Go this holster seems a little floppy and cheap. The Tuck-N-Go has a reinforcing strip of heavy leather on the lower portion of the holster, wrapping around the barrel. This is probably in place simply as an attachment point for the belt clip, but it does offer the added benefit of making the whole thing a bit more rigid. 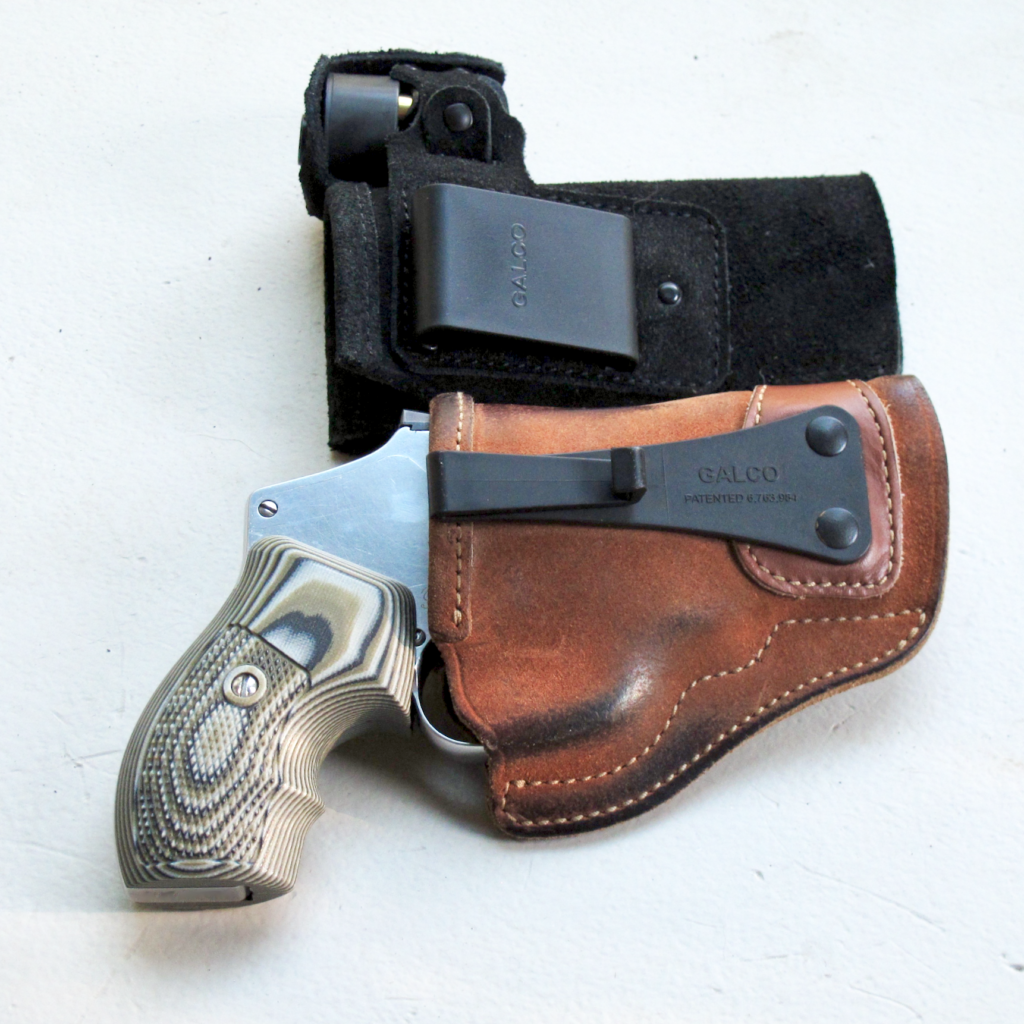 Another thing about the holster portion of this holster that I dislike is the depth to which the gun sits. If you go back and look at that Tuck-N-Go article, you’ll notice the gun rides relatively high, seating only just past the recoil shield. In the Walkabout, the gun sits well down in the holster, making it hard to acquire a firing grip.  Finally, the holster is longer than it has to be. Though I didn’t have one on hand to test the theory, this rig would probably accommodate a 3″ J-Frame. I’d prefer to see this made with a bit more barrel-length specificity rather than a semi-universal fit.

I was really excited to try the Galco Walkabout because of the speedloader pouch. The speedloader pouch on the Galco Walkabout consists of a leather basket with a Kydex insert. Initially I was very pleased with this but I couldn’t figure out why none of my speedloaders would seat deeply enough to close the pouch’s flap. I was using the smallest profile loader I had – a Safariland Comp I. At first I thought it was because I was using .357 Magnum ammo, so I switched to shorter .38 cartridges, but still – no joy. I finally realized that the Kydex insert was just exceptionally tight and I wasn’t inserting the cartridges deeply enough. So, I pushed really hard and the loader seated, and the flap closed. 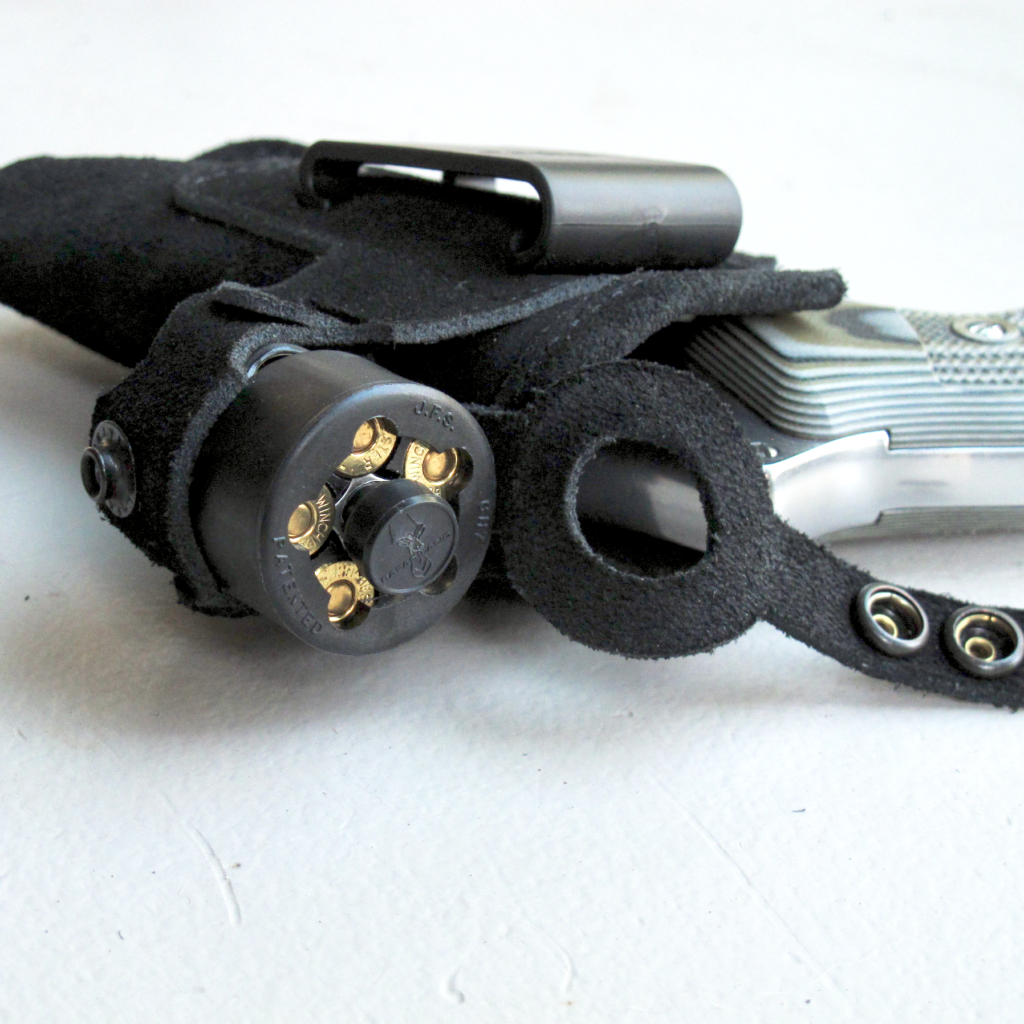 Problem solved! At least until I tried to remove the speedloader and the insert came out with it. I hadn’t noticed earlier, but it turns out the insert is attached to the leather basket by nothing more than some mild friction. Sadly, this creates an unacceptable risk of finding oneself unable to reload. My other complaint with the pouch is the flap. It is really short and difficult to open, especially considering the snap is seated inside your beltline. I think the solution would be a better fitment of the Kydex insert, and  attaching it to the holster. This would eliminate the need for a flap altogether. 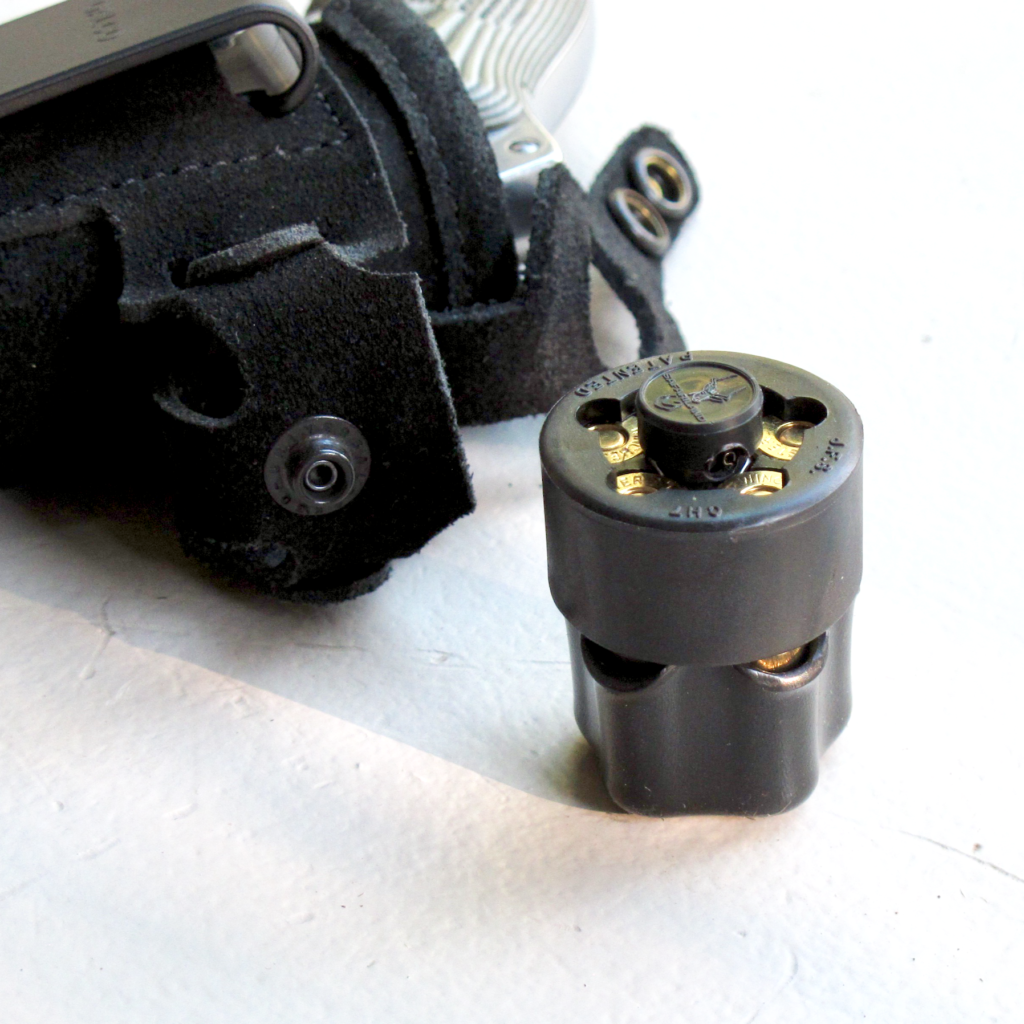 I don’t mean to bash this little holster but I’m not going to lie to you, either. The Galco Walkabout is an awesome idea. It puts the speedloader exactly where it should be, and mostly gets rid of excuses for not carrying one. But the execution on this one is terrible. Galco also makes this model for semi-autos, which is really disappointing. There is absolutely nothing to recommend that – a cheap holster that puts the magazine on the “wrong” side of the body. And it tells me this was probably an adaptation of the semi-auto version – not an example of innovation in the revolver world. 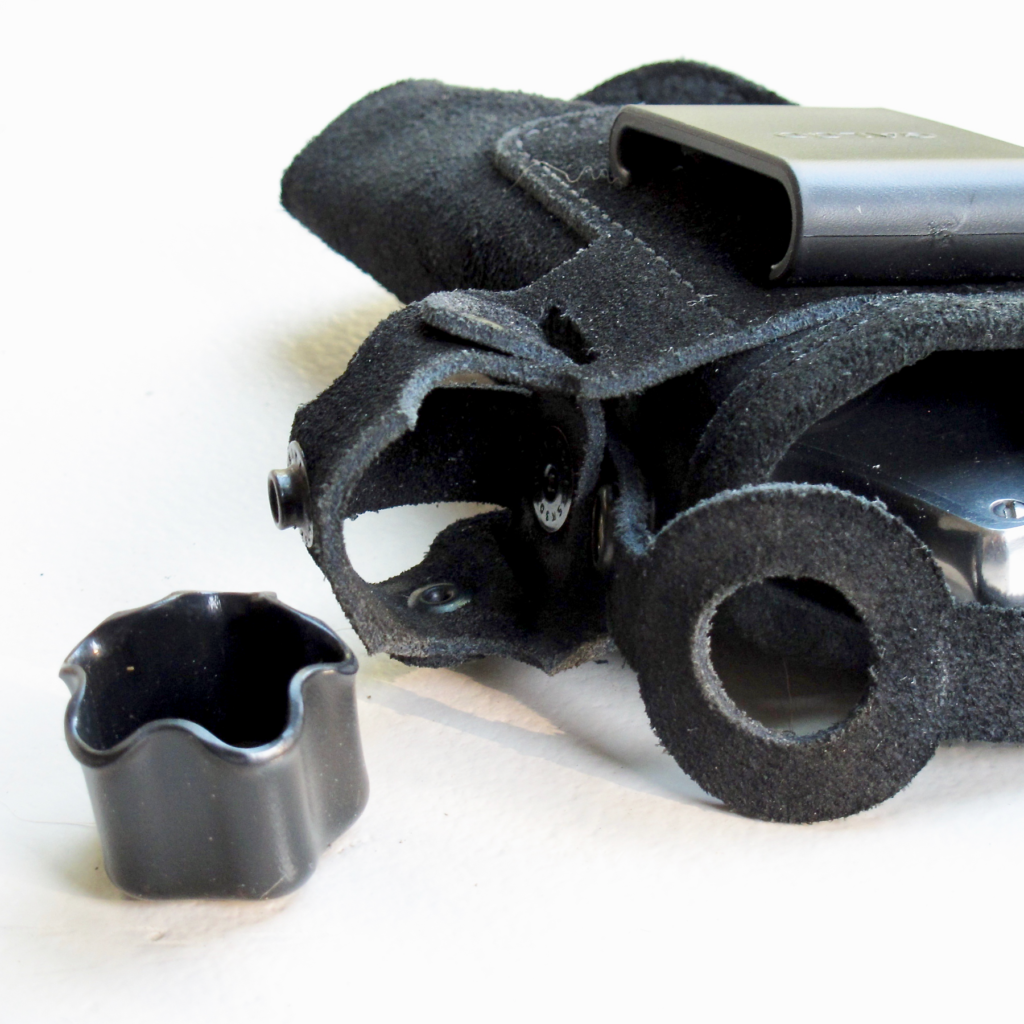 Though the execution was off, I think Galco has the makings of a great concept. For this reason I’ve asked Nick of JOX Loader Pouches to build me an IWB speedloader pouch. My goal is to ride it in the same position as the Walkabout’s pouch. I’d love  to see some more Kydex benders making holsters with integrated pouches at this position, but I would recommend against buying this one.