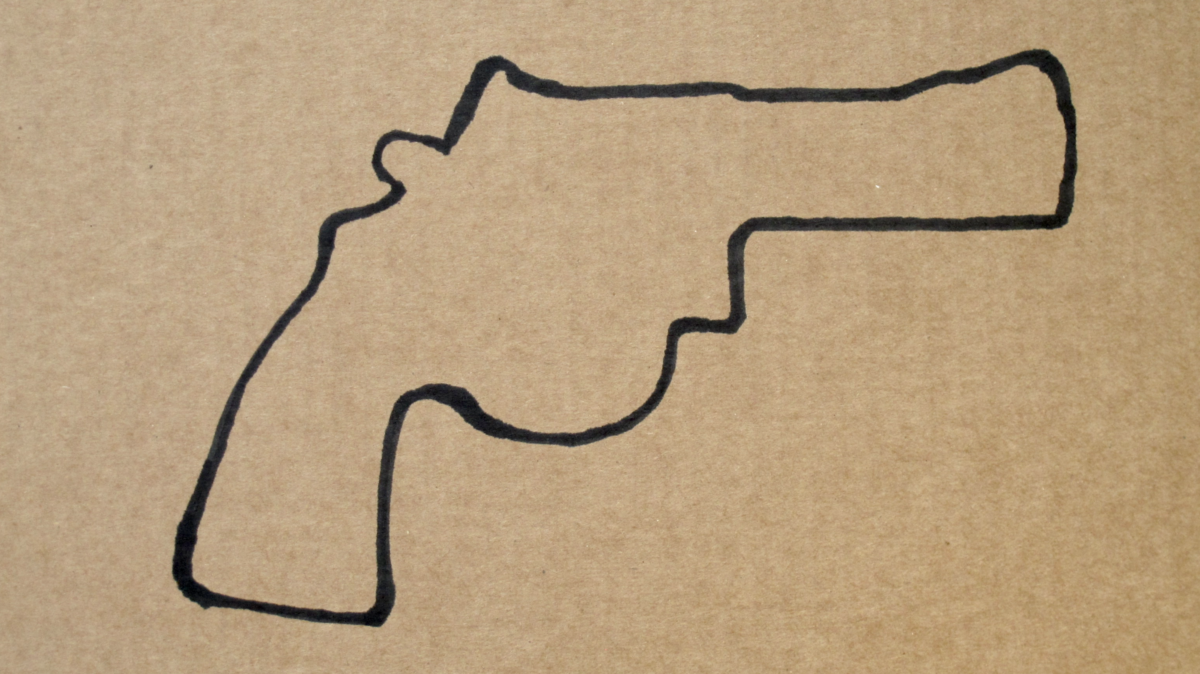 We all have that story. The story about “that gun.” The one that got away. The one that we should have walked out the door with. The reasons we didn’t pick them up might vary a little but usually go something along the lines of, “at the time $300 was a lot of money…” Believe me, I’ve been there. Mike Wood and I were chatting the other day and decided to write up an article or two about “The Guns That Got Away!” Mike and Steve Tracy will talk about their “ones” in the coming weeks, but these are mine.

The Gun That Got Away

The bell tinkles as I walk in the door of the strip-mall pawn shop. I step over the threshold onto the dirty blue carpet and glance around A U-shaped glass counter borders the deep room. Behind it, some old computers to the right, some gently-used (read: stolen) power tools further back. On the back wall my eye lingers for a moment, taking in some upright long guns in a shelf on the wall. From here it looks like an SKS, a half-dozen Remington 870s and Winchester 1300s, and a handful of assorted lever- and bolt-action rifles. Nothing I’m interested in. My gaze continues counter-clockwise around the upper-level of the room. Some guitars, televisions, stereo systems (back when that was a thing).  Still nothing here for me.

Then my gaze drops to the glass case. I scan again, clockwise this time. Cheap necklaces, hawked engagement rings, video game cartridges… Oh, yes, there it is – the handguns. I look past the assortment of brand new Lorcin semi-autos, past a used Beretta 92 and a couple of Gen 2 Glocks,  and another handful of guns that are entirely unremarkable. And there it is. On the bottom shelf, in the shadows of a bunch of plastic self-loaders.  A 4″ Smith & Wesson 586.

Oh, sure, it’s rough as a peach pit and dusty. It’s been there a while, but I ask the salesman to drag it out anyhow. I look over it. Almost all of the blueing is gone. It looks like it has spent years in a holster. Maybe a cop’s gun, but given that cops haven’t carried wheelguns in a decade, it’s equally likely it held down a security guard’s gunbelt more recently. Still, a beautiful old specimen, that could have a lot of years left with some T.L.C.

“Thanks for letting me look,” I say as I hand it back. The handwritten price tag dangling by a thin cotton string reads, “$299.00.” But it doesn’t matter. I’m only weeks away from transitioning out of the military with no guaranteed income in my future so it might as well have read “$2,900.00.”

Mike just wrapped up a fantastic two-part series about the origin story of the Distinguished Combat Magnum. I have been a fan of this wheelgun as long as I’ve been aware of it. There is just something about the perfect balance of the Medium-Large frame mated to a 4″ barrel that resonates deeply with me. It’s the Golden Ratio of Revolvers in my book. I can’t say why – it just is. It has inspired me to write articles about “Guns to Ride the River With” and consider writing many more.

This one wasn’t quite perfect. First of all, it was blued. Mike is a big fan of blueing, and he and I are constantly ribbing each other about blued vs. stainless steel. For my money, I’ll take the utilitarian look (and ruggedness) of stainless steel every time. This 586 wasn’t a stainless steel gun, and desperately needed a refinishing job. At the time I knew far less about revolvers than I know now, and there might’ve been a lot of other things wrong with that gun, too.

Walking Away With No Regrets

But for the money, she could have been one heck of a fixer-upper. On the other hand, I have to consider timing. if I’d bought it, it might’ve scratched my revolver itch and I might not have purchased my 686 just a few months later. I ended up with what I consider to be the absolutely perfect full-sized revolver. I would have hated to have missed out on that. 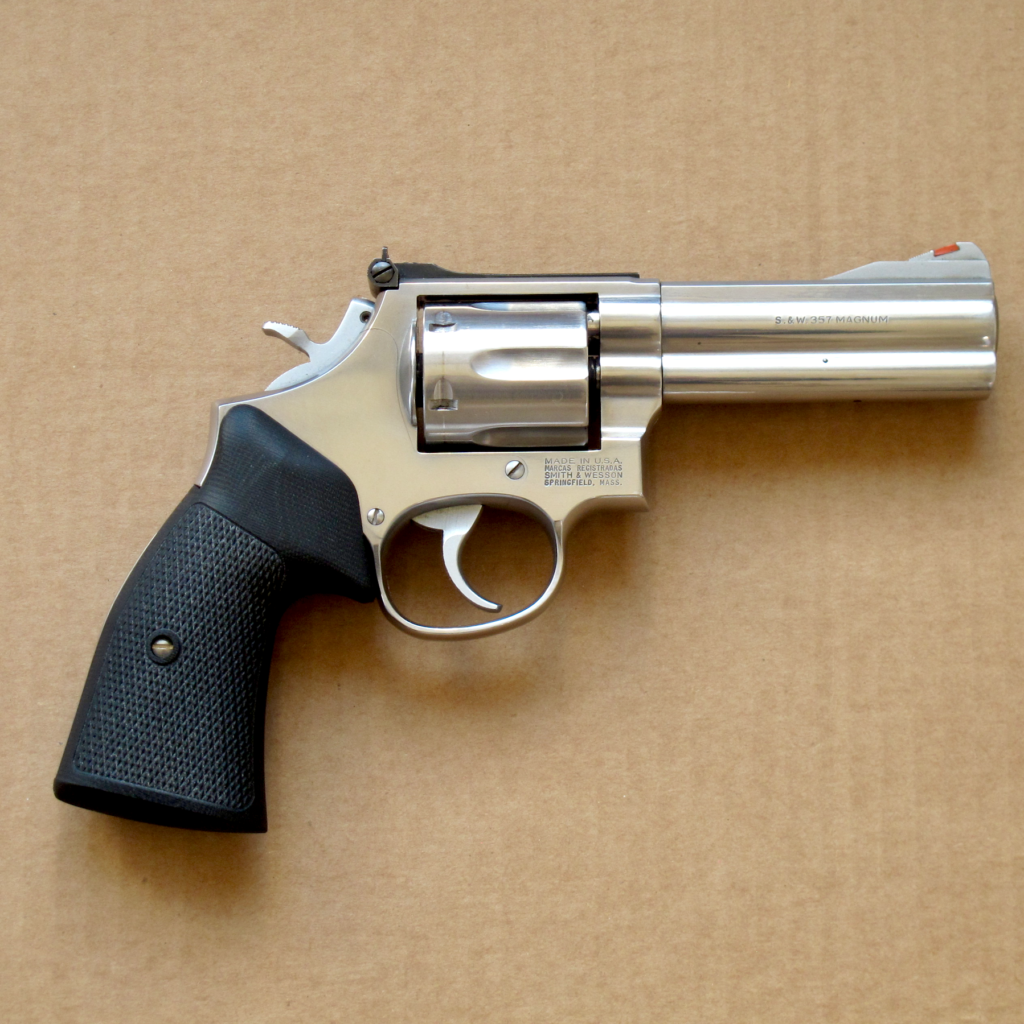 I hand the gun back to the salesman with a halfhearted, “Thanks for letting me look.” I watch him fiddle with the tag, making sure it’s right-side-up as he sets it back in its resting place. I turn and walk out of the store.

If I could go back and replay that scene I would have stretched the budget and made it work. I don’t have the slightest idea where the $300 I saved that day went, but if I’d bought that beat up old 586 I know exactly where it would be now! I don’t exactly regret walking away from The Gun That Got Away but if I could do things over… Still, it’s fun to imagine the pair, sisters separated at birth, reunited at long last! Maybe one day….

8 thoughts on “The Guns That Got Away, Part I: Justin”