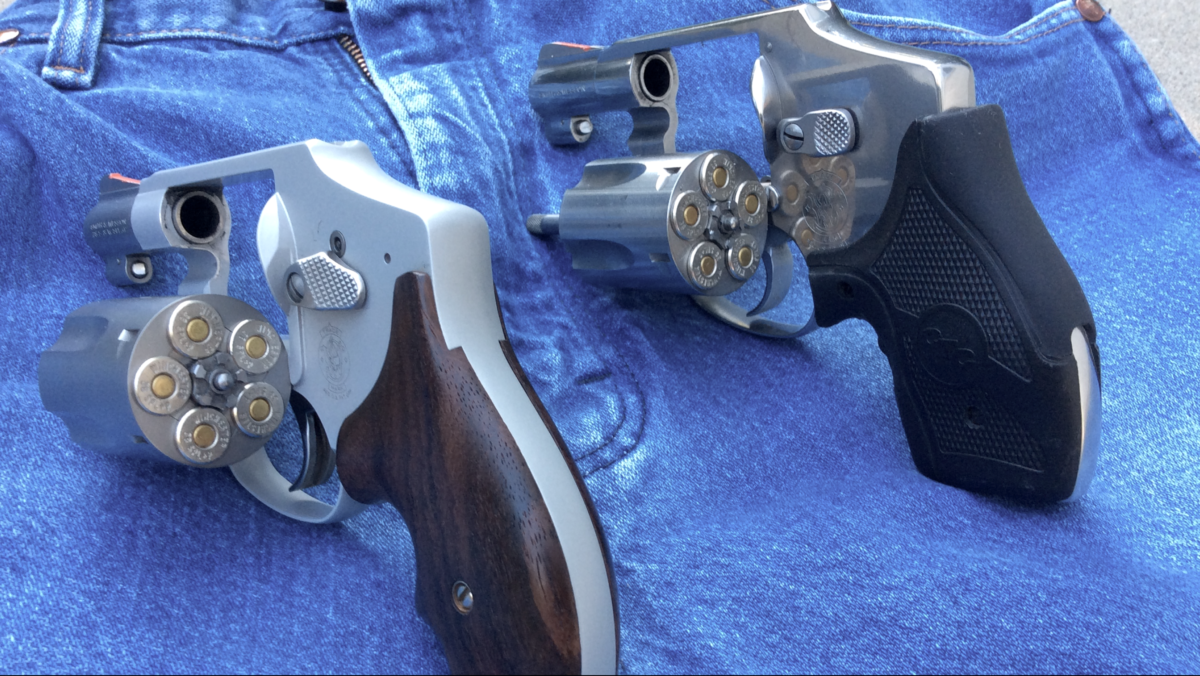 I have been accused by some of you of ignoring the New York Reload. Honestly, this criticism is totally fair. I haven’t written about it and I don’t think about it very much. However, this is a technique that should be addressed. If you know me, you know I’ll address the good, the bad, and the ugly of everything, including the New York Reload, so let’s get started.

Though most of my readers already know, I should probably explain what the New York Reload is. I will let official RevolverGuy.com Historian Mike Wood address the etymology of this term, but it refers to carrying a second gun. Upon running out of ammunition the first gun is dropped, the second is retrieved, and the situation is re-addressed.

Several of the comments in my “Revolver Equation” piece a few weeks ago suggested the New York Reload as a solution to my capacity issue. Though anyone can carry a New York Reload, I’m going to focus this discussion around revolvers and the people that carry them. That is to say, I will make the assumption that anyone reading this is considering a backup to their primary revolver. If you are carrying an LCR as a backup to your Glock 17, disregard. If, however, you are carrying (or thinking of carrying) a pair of rotators, read on.

There are some good reasons the New York Reload still gets brought up. It has some big benefits that are impossible to ignore, aside from being “just” a reload.

A second gun. Run out of ammo? Cylinder locked up? Did your barrel just fall off? It doesn’t matter what the problem is because the answer for all-of-the-above is the same: drop it and grab another one. Though we think of the NYR as a “reload” it’s much more than that. It’s also a hedge against malfunctions, likely or unlikely, hard or soft. To me, this is the single biggest benefit of having a second gun on your person.

Another benefit is that you can serve as a “walking holster” for someone else. Should you need to, you can arm a trusted companion. Though I think the need to arm someone else is about as unlikely as it gets, I can conjure scenarios where this would be a good thing. If your (competent) buddy is visiting and can’t carry in your state, you can have a gun handy for him. If you need to leave your significant other behind while you go assess a safe avenue of escape it would be reassuring to leave her (or him) with a means of self-defense.

Guns in two locations. If you utilize the New York Reload you have some placement options. The second gun can be carried on the support-hand side, the ankle, or in a jacket or pants pocket. This gives some serious flexibility depending on your situation. In a spot where things are getting tense but you aren’t justified in drawing a gun yet? No problem – just put your hand in your pocket and grip that “second” revolver. Did you just get tackled and your arm is pinned in an odd position that makes getting your primary revolver out? That second one might still be within reach. Sitting at a restaurant table when things go south? That one on your ankle might be faster than the one in your hip pocket.

A faster reload. There is a reason this is listed last among the benefits. Though I disagree that producing a second handgun is “the fastest reload,” I will concede it is faster than reloading a revolver. Usually. This depends on a number of factors, including where and how the second revolver is carried.

For all of the criteria that follow, I’m sure there are some people that are willing to prove me wrong. Generally speaking, though, I think I’m right more than I’m wrong on each of these points. There are some problems with the New York Reload, and I won’t gloss over or ignore them.

You have to carry a second gun. If you carried two of the lightest revolvers available (two .38 Special LCRs) you’d be carrying 30+ ounces of gun (loaded), plus the additional weight of a second holster. That’s more than the loaded weight of a M&P9 Compact or Glock 19. Both of these autoloaders hold more ammo than two (or maybe even three) revolvers, are easier to shoot, and you only have to carry one of them.

Carrying a second gun means you have to find a place for it that is reasonably accessible but still concealed. This is tough for me, as I have a finite amount of beltline and pocket space with which to work. Oh, and don’t forget I have to carry other self-defense stuff, like a non-lethal option and a flashlight. And for that matter, regular stuff, too: knife, phone, keys, wallet.

The second gun is often a downgrade. I doubt many people plan to carry a New York Reload that is equal to or better than their primary gun. This means that upon “reloading” you are coming back into the fight with a less-capable weapon. This is a huge factor that is easy to overlook.

You have to learn two draw strokes. To bring the second gun into action, you have to get to it. There is a modest handful of holsters online that hold two guns side-by-side (like those by Bell Charter Oak), but these probably aren’t how second guns are typically carried (it’s also worth pointing out that many of these holsters also carry the guns topstrap-to-topstrap – not a great arrangement in my opinion). This means that some percentage of your time has to be divided mastering two completely different draw-strokes.

The biggest problem with the New York Reload? It’s not as fast as pulling the trigger again. It’s common to hear the adage that “the fastest reload” is pulling a second gun. My take: that statement is bullshit. It should be, “the fastest reload is not reloading.” There’s nothing out there that says we have to carry revolvers. There is also no shortage of high-quality, viable carry options that carry more ammo than two or three revolvers put together. 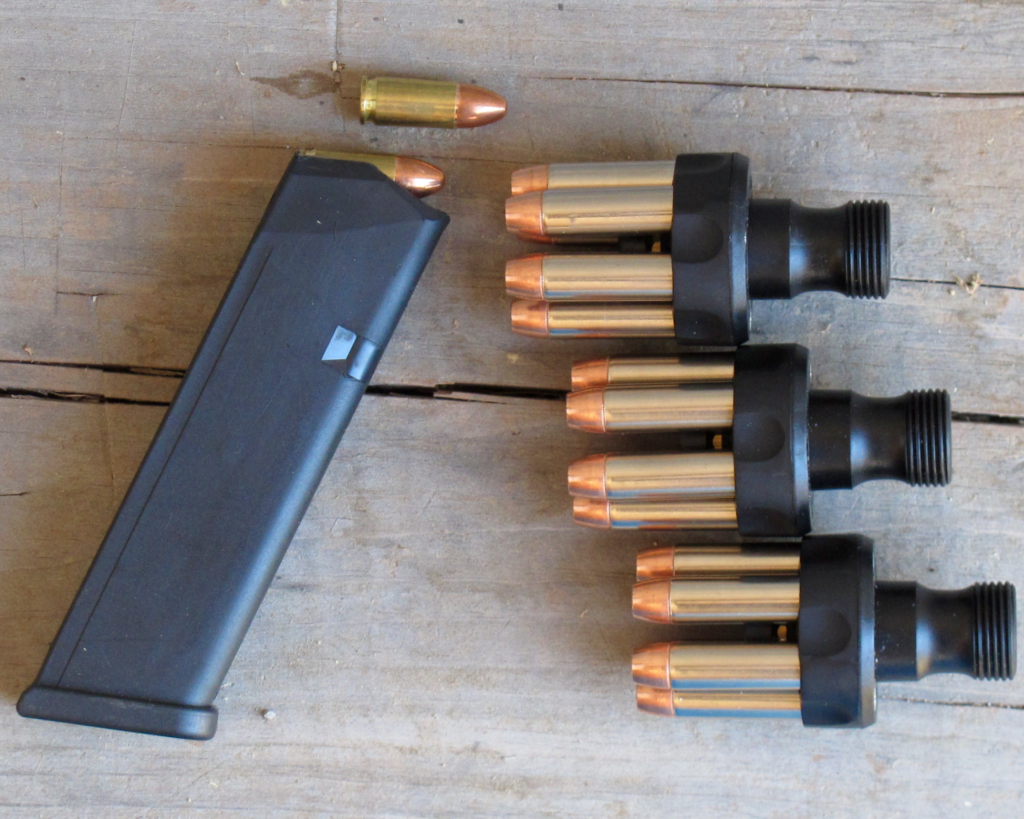 Take the Glock 19 for instance. If can hide two revolvers, you can probably conceal a Glock 19. And guess what? It holds more ammo on-board than three J-Frames or LCRs, and you can skip that pesky pause every five shots while you fish out another gun, because you don’t have to fish out another gun. That Glock (or Beretta or Ruger or S&W or Sig) is also easier to shoot quickly and accurately than any small revolver I’ve ever used.

Don’t get me wrong – I love revolvers. I carry them on a daily basis, shoot them a lot, and think about them constantly. In fact, I even started a blog about them! But I’m not going to carry two of them at a time. If I were a member of a police outfit charged with stopping armed robberies in progress, I would carry a backup revolver (but then again, I’d also be wielding a long gun, wearing body armor, and my first handgun would hold 17+1), but I’m not.

The New York reload is right for some. If you’re a cop, you should probably carry a second gun (I’ll leave the semantic distinction between “NY Reload” and “backup gun” alone for now). If you already carry a decently-sized pistol or revolver (let’s say Glock 19-class autoloader or K-Frame-class revolver) and want to carry a New York reload, go for it! But if you think carrying a backup revolver makes your J-Frame just as capable as a bigger gun, I have some bad news.

What you end up carrying is two small guns that are difficult to shoot, take up more room, and are just as heavy as a single, larger gun that is much easier to shoot. You get a couple of phenomenal benefits in return for this inequity, but the math on this one just doesn’t add up – at least for me. Rather than add a second gun, I think I’d prefer to improve the first (something I’m working mightily on now), ending with a more capable gun and one that’s easier to carry. Ultimately, though, it’s up to you to do that math for yourself!

43 thoughts on “A Critical Look at the New York Reload”