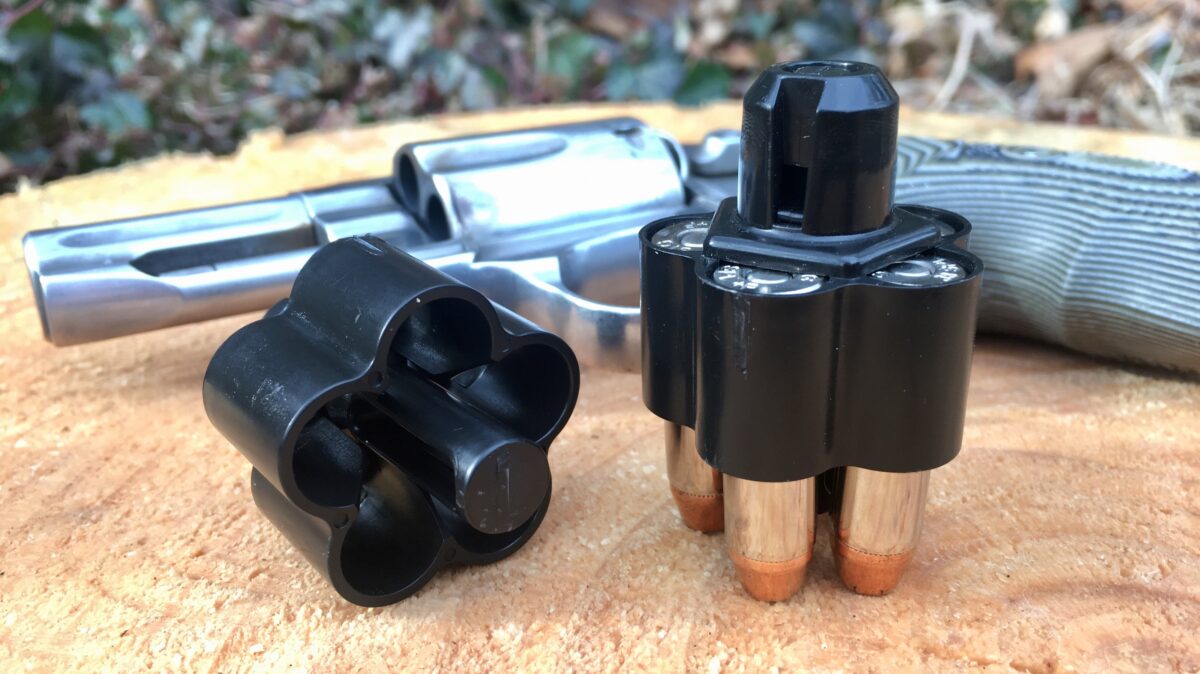 It has been quite some time since I have reviewed a speedloader. To be honest, I thought we had covered just about everything on the market. When I released my comparison article What is the Best Revolver Speedloader, a reader alerted me one that I had missed: the Revision CV Ammo Pod.

The Revision CV Ammo Pod is a plastic-bodied, five-shot speedloader for S&W J-frame revolvers and their analogs. The body of the loader is scalloped to cut down on diameter, and the loader utilizes an inline action.The Revision CV Ammo Pod is available as a two-part system with both the speedloader, and a rubber cover that protects the ammunition. Presumably the cover is for longer-term storage, as I wouldn’t recommend using it on a speedloader carried for defense purposes. 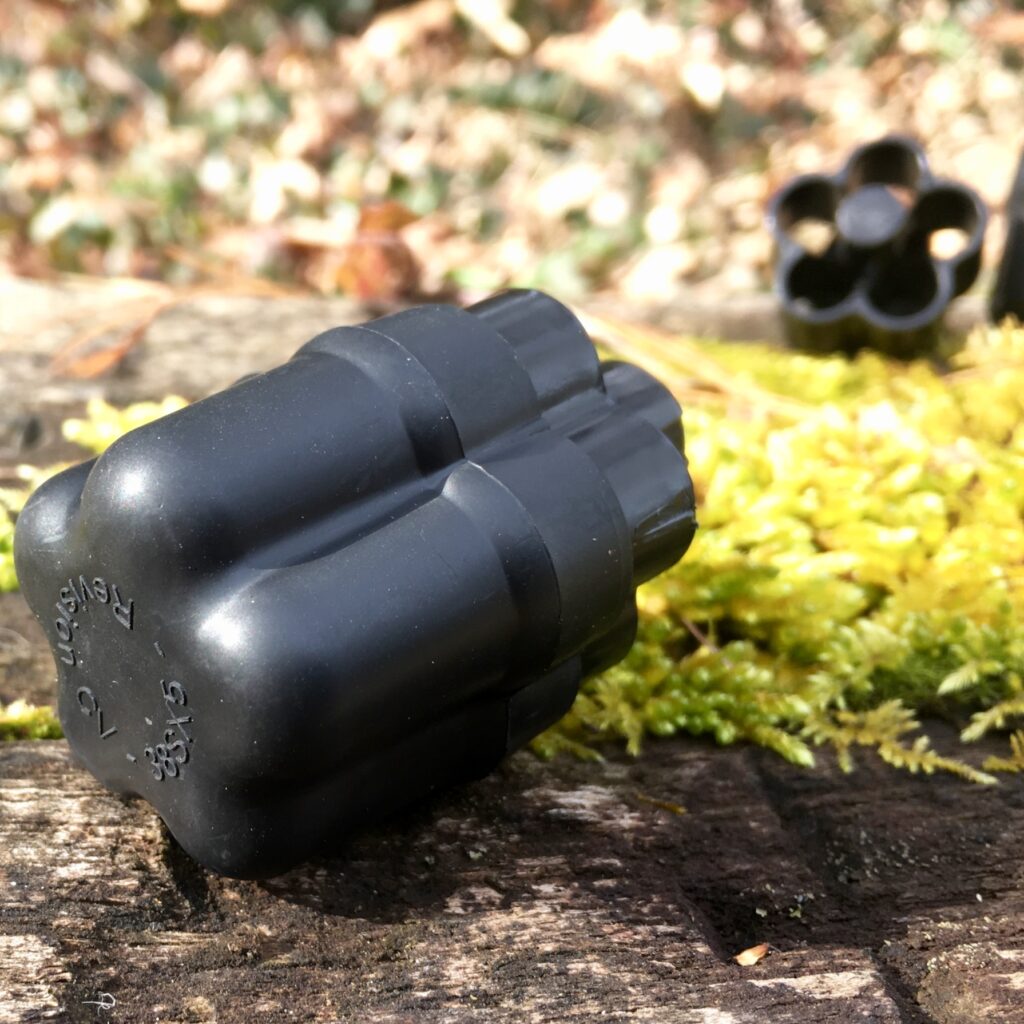 Using the Revision CV speedloader is pretty easy, though I did find loading it just a bit tricky. To load it up, drop five rounds into the Ammo Pod. Carefully, and without dropping the payload, invert the loader onto a flat, solid surface (I found this to be very important). You will notice a small protruding button at the top of the loader. Depressing this button fully while holding the cartridges in place will lock them into the loader. Depressing this little button can take some force; more than you might think would be necessary. 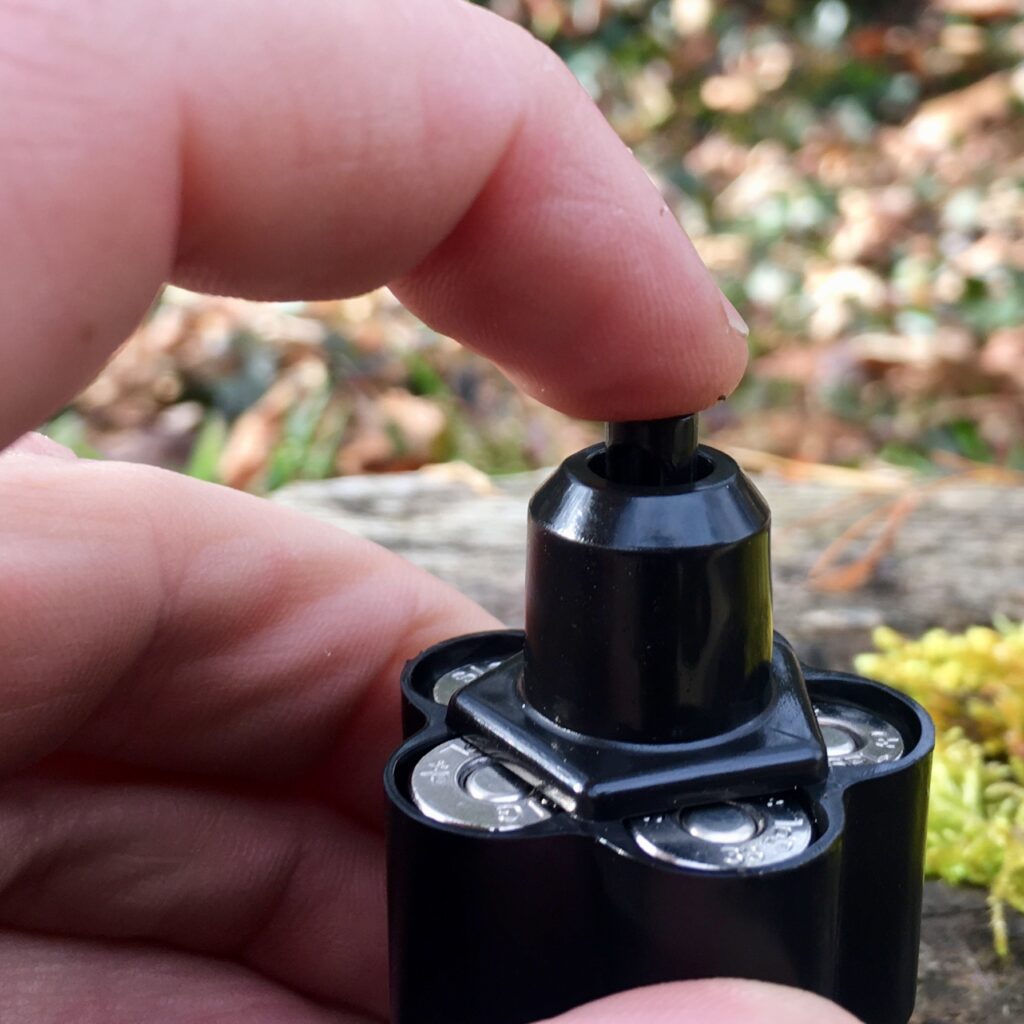 Once this button is depressed, the cartridges are held securely in place. I found the Revision CV Ammo Pod did a great job of holding onto the rounds, though they do rattle.

Once the Ammo Pod is loaded up it is ready for use. Use is most closely related to the Safariland Comp II speedloader. First, align the cartridges with their charge holes. Next, depress the loader firmly. This presses the revolver’s center pin against a center post in the speedloader, releasing the payload. Again, this may take a bit more force than you anticipate. Though fairly simple in theory, I found using this loader slightly more challenging in practice. 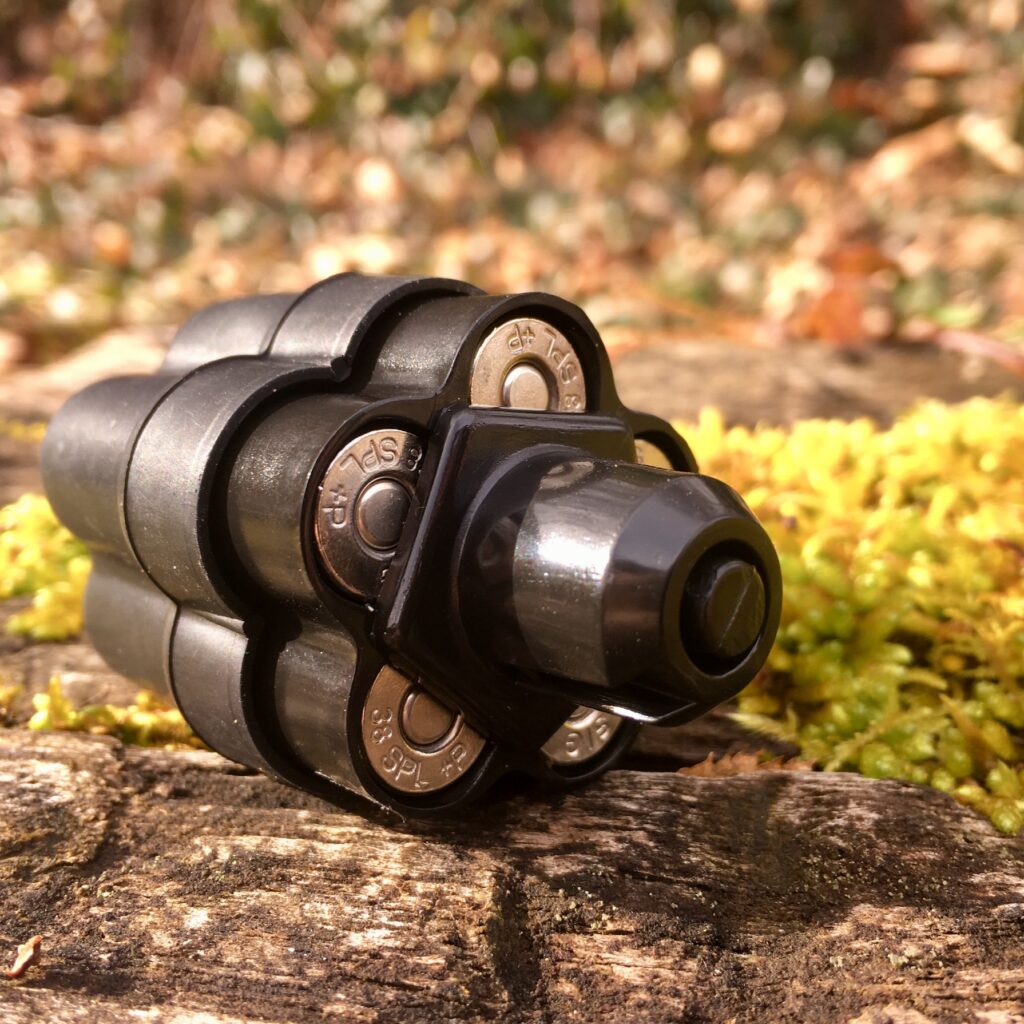 The center post is fairly long. This doesn’t let you get a whole lot of cartridge into the chamber before it makes contact with the center pin. arresting forward movement. I found this actually slowed reloading quite a bit; the loader was still able to rotate quite a bit during release, inhibiting the cartridges’ ability to fall cleanly into the chambers. 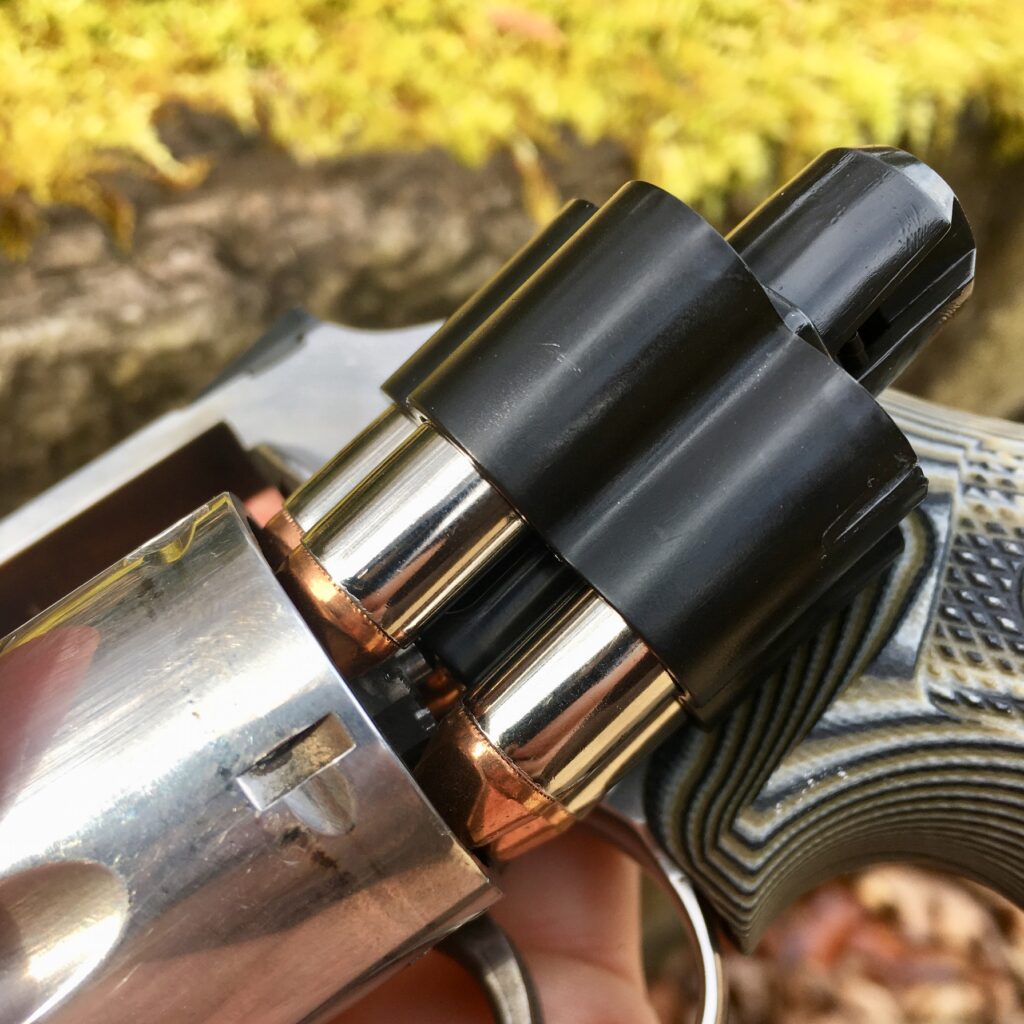 My times with the Revision CV Ammo Pod were fairly slow. An average of 15 repetitions produced a shot-to-shot average of 5.455 seconds, with a best of 4.35 seconds and a worst time of 8.07 seconds. I also lost one round each on four of the 15 repetitions.

Be sure to check out my speedloader comparison article, which is updated to include the Revision CV Ammo Pod. Though this loader certainly isn’t the fastest of the bunch, it also isn’t the slowest, falling about  middle of the road. And it has several things going for it: it’s light and compact, inline-operated, and at $6.95 (without the rubber cap) inexpensive. It might be worth your time to check it out. Revision CV also makes an Ammo Pod and a variety of grips for NAA mini-revolvers.

One thought on “The Revision CV Ammo Pod Speedloader”