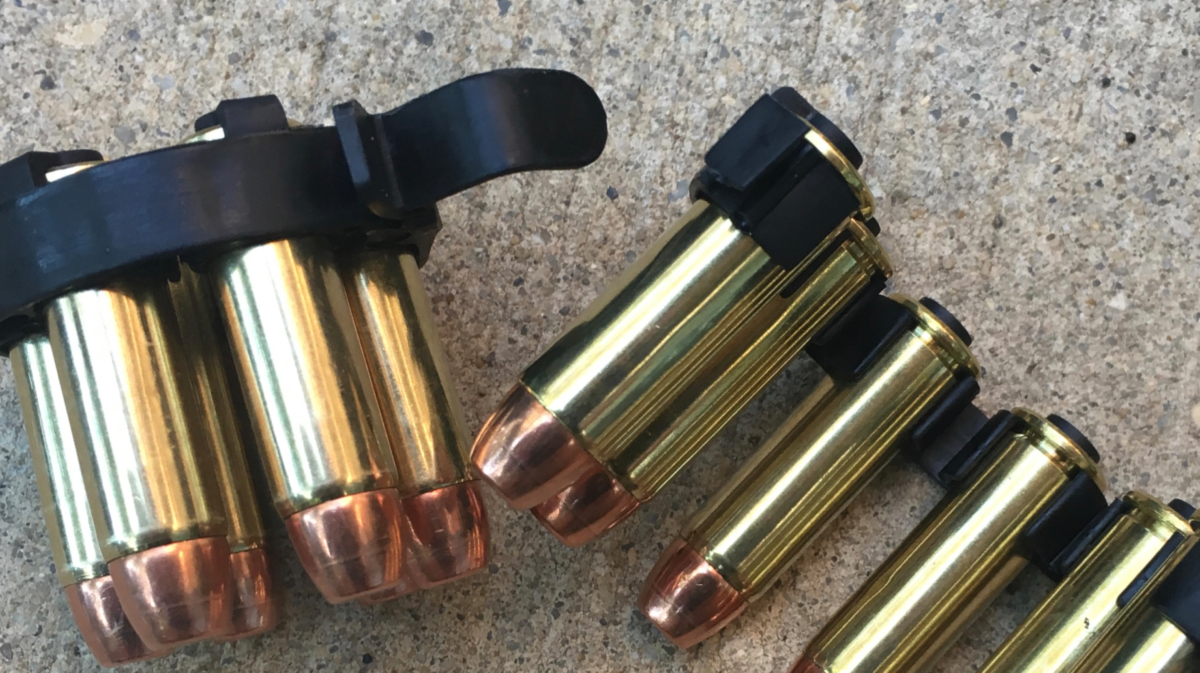 A reader of RevolverGuy cued me into this speedloader and I knew I had to get my hands on one. At first glance it looks strikingly similar to the Matich loader of the 1970s. The CK Tactical Ripcord, like the Matich, consists of a rubber/plastic strip. The strip wraps around the cartridges and clasps, holding them in place. Check out Mike’s article on speedloaders from the 1970s for the information on the Matich loader.

The CK Tactical Ripcord speedloader comes in two versions: a five-round and a six-round size. Both versions are for .38/.357. Due to the somewhat pliable nature of the loaders, specifications list them as fitting a broad array of models. Rather than a pliable rubber, the CK Tactical Ripcord feels more like semi-rigid plastic. Also unlike the Matich, this new model has “caps” that cover the primers. Presumably these prevent rounds from being pushed out the back end of the loader. 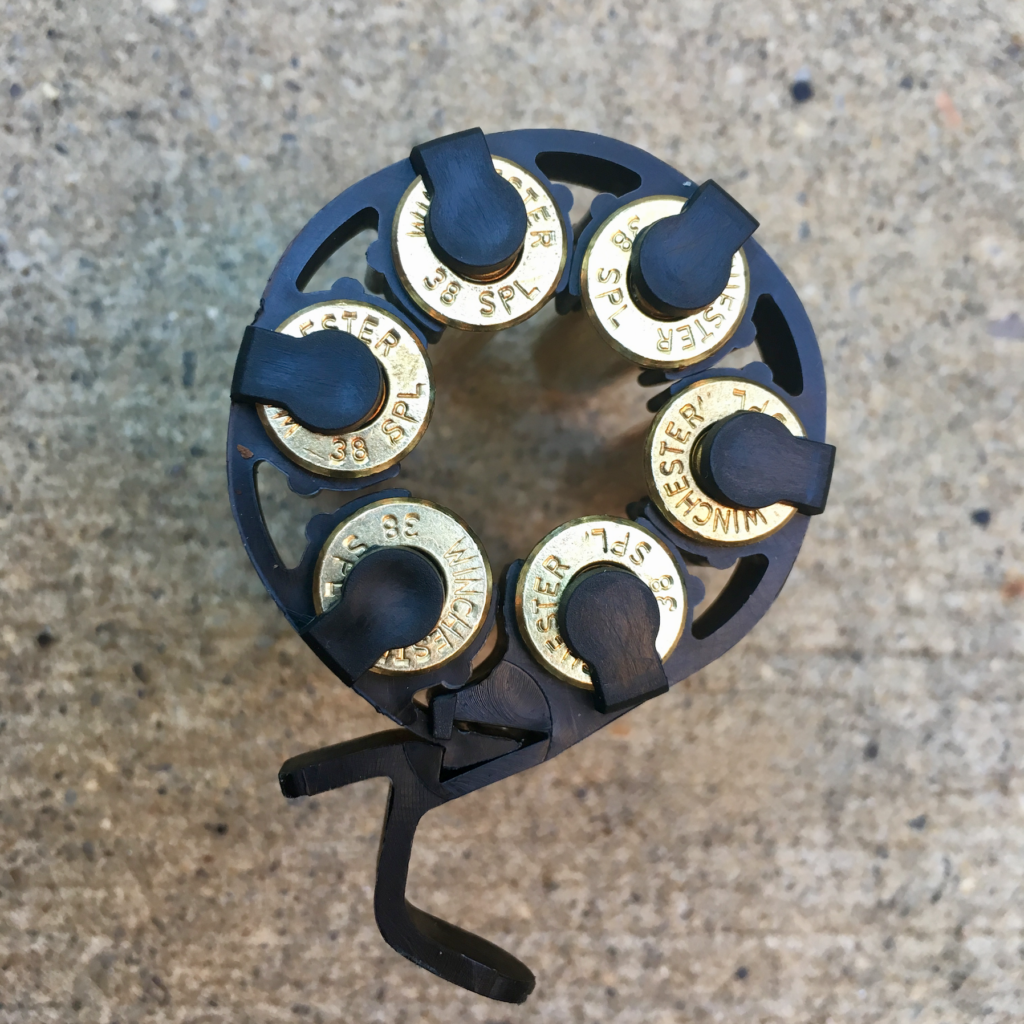 To load the CK Tactical Ripcord simply insert the appropriate number of .38 or .357 rounds. Roll the loader around on itself and clasp it shut. To reload with the loader, one goes through the reloading protocol of his or her choice. . . with one caveat, which I will get to in a moment. Eject the empty brass, orient the cylinder in a downward attitude, and align the cartridges with the chambers.

And this is where things get interesting. To release the cartridges, one grasps the protruding tab and pulls. To use as intended the cylinder must be free to spin, allowing the loader to be peeled off of the speedloader. At peril of beating a dead horse, this function is exactly like that of the older Matich design.

I contacted CK Tactical and requested a couple of these loaders for review and they obliged, sending me two-packs of the 5- and 6-round models. When they arrived I wasted no time loading these guys up. I found the loader difficult to clasp at first. It loosed up after a bit of use and became fairly easy to set up, but still provided the occasional aggravation. I can live with this as setting up the speedloader is done in one’s home, at one’s leisure.

Before taking the loader to the range I worked with it using .357 snap caps and discovered that the Universal Revolver Reload (URR) and this speedloader are incompatible. To work as designed, the CK Tactical Ripcord requires that the cylinder spin freely. When using the URR the cylinder is arrested by the support hand that cradles it. Thus, I was forced to work with a support hand reload in which the revolver is maintained in the firing grip by the firing hand.

Unaccustomed as I am to such a reload technique my reload times were certainly nothing to write home about. Still, I took it to the range and two things jumped out at me. The first is that the tab used to release the cartridges is small and relatively slick. Its smooth surface provides precious little purchase, especially when the tiniest amount of sweat collides with the desire to go quickly. More than once I found my hand slipping off and having to reacquire the tab. 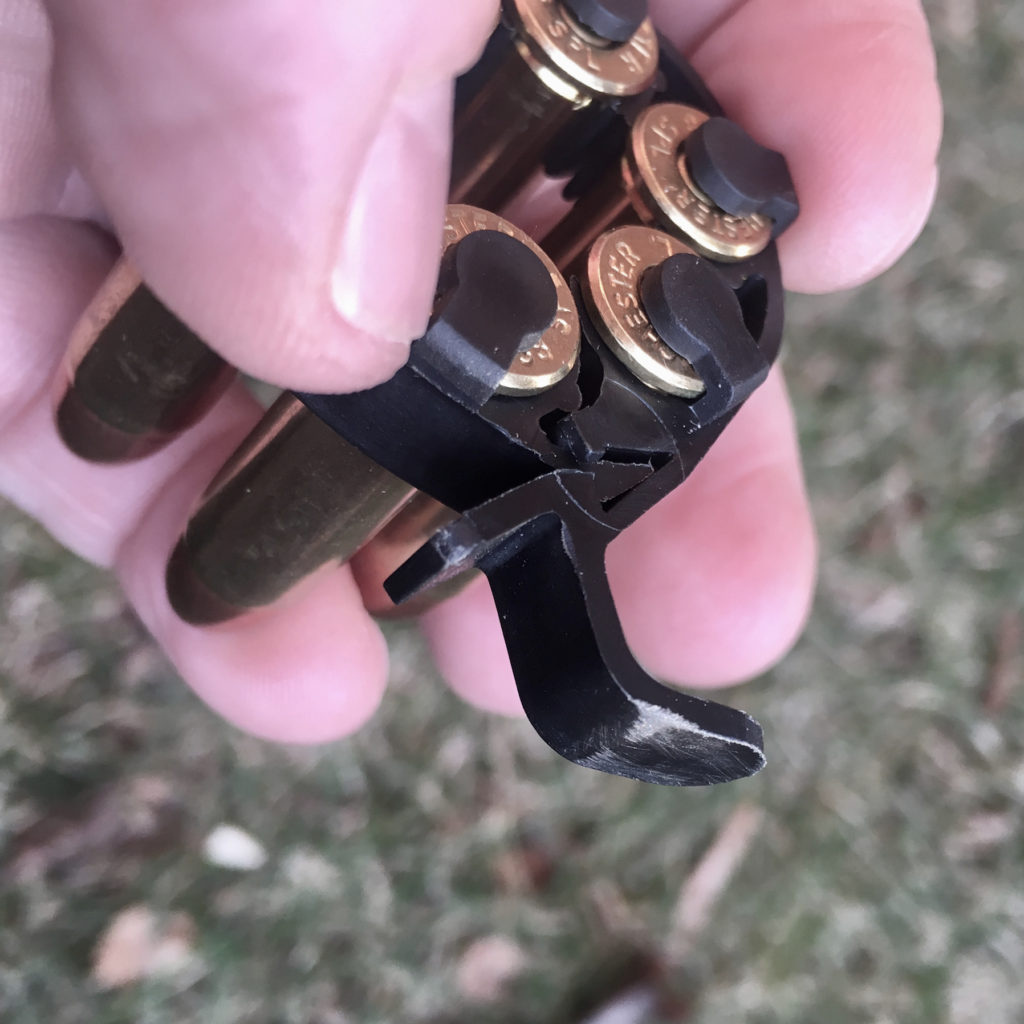 The other thing that jumps out at me is the imperfect cartridge alignment inherent in this loader. Using my 640 (the virtual flagship of the small revolver market) the cartridges were off just enough to require some fussing with to get seated. CK Tactical’s literature describes this as a feature, in that it permits one loader to load an array of similarly (but not exactly) sized revolver cylinders. I tend to prefer my speedloaders be tailor-made for the revolvers they feed. Come to think of it, I don’t much are for universal-fit holsters either. 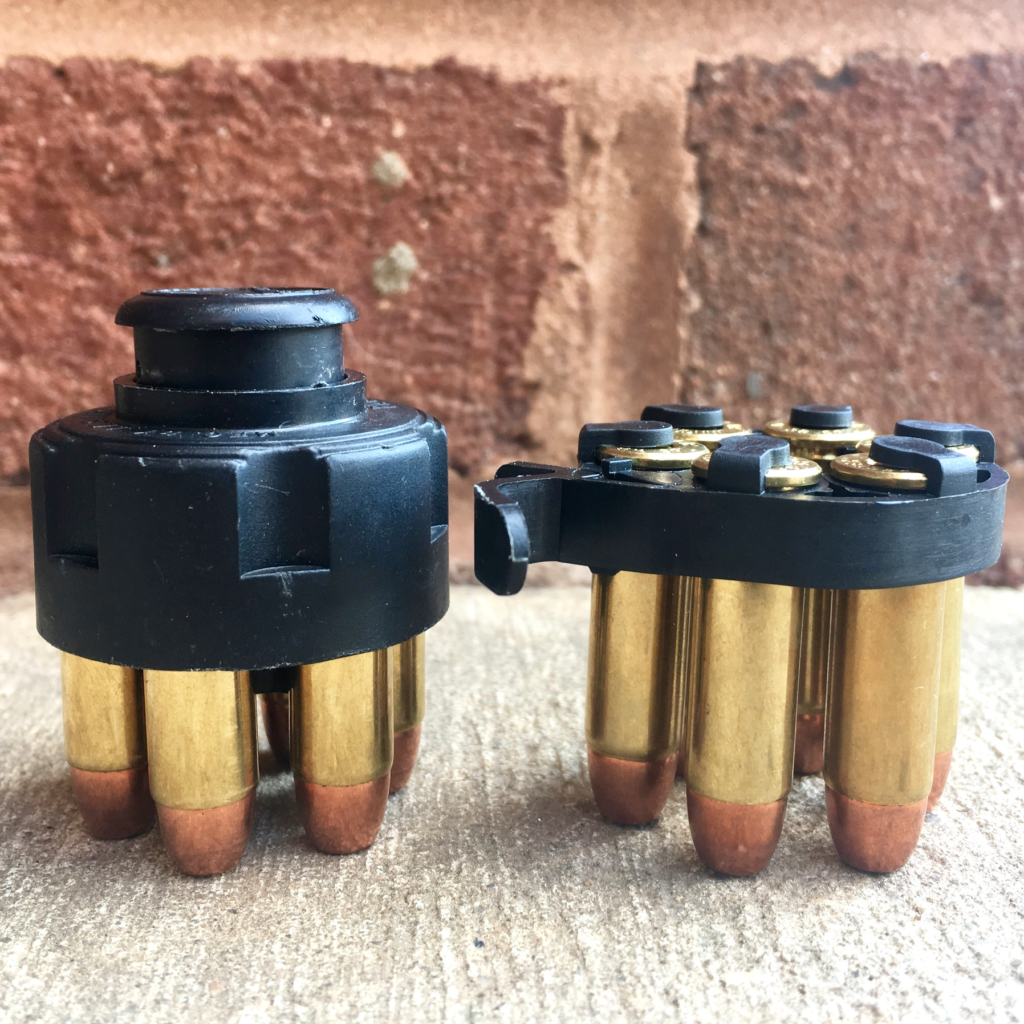 Finally, when feeding a revolver from this speedloader with a little gusto, the cylinder is compelled into a very fast spin. Though I was unable to capture it in a photo, the centrifugal force keeps the cartridges elevated in the cylinder by as much as 1/4″. A couple of times when loading at speed I had issues when slamming the cylinder shut as all the rounds hadn’t yet seated. One or two rounds would catch on the recoil shield, requiring me to release the cylinder, allow these rounds to fall into place, and then close the cylinder. The photo below exhibits an actual example of such a malfunction when using this loader. 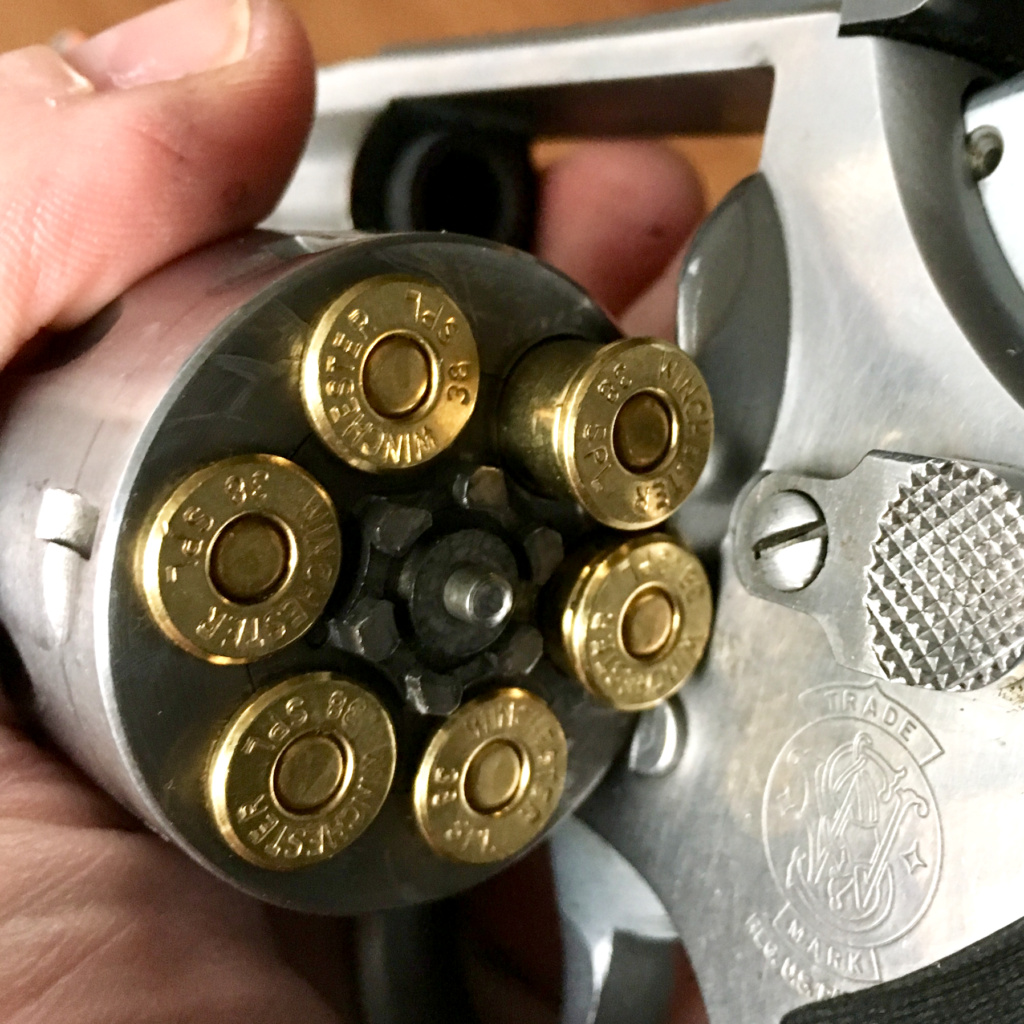 I was concerned about the possibility rounds being pulled out of the cylinder by the loader. This fear was never realized; with a strong, horizontal pull and a strong, nose-down attitude of the gun, I never lost a cartridge.

This isn’t the worst loader design in the world (ahem, MaxFire) but personally, I wouldn’t spend my money on it. Though I applaud the guys at CK Tactical for producing products for revolvers, I think most of us would be better served with a JetLoader or Safariland Comp I/II. If, however, you like this loader and it works with your reloading style you might give it a shot. At $10 for a two-pack (redirects to gogeardirect.com) you don’t have a lot to lose.